A public health expert says it could cost lives if the Government does not widen the gap between ...

A public health expert says it could cost lives if the Government does not widen the gap between coronavirus vaccines.

The Cabinet is due to consider this week whether the interval between Pfizer and Moderna doses should be extended beyond the current four weeks.

Ministers are expected to examine whether the time between jabs could be extended to six or eight weeks.

Latest figures show over 32,000 doses of the COVID-19 vaccine were administered on Friday, while and more than 830,000 people have now received at least one dose.

Dr Gabriel Scally, President of Epidemiology and Public Health at the Royal Society of Medicine in the UK, believes Ireland should adopt the British approach of prioritising first doses.

Speaking to On The Record with Gavan Reilly, he said the move by Britain to space out vaccines was "an extremely logical thing to do".

"I'm surprised that more countries haven't followed suit and it may well cost lives not to do it," Dr Scally said.

"It's very logical, you get the bulk of the protection you're going to get from vaccination pretty immediately after one vaccine dose.

"The second vaccine dose is to top that up to prolong, but the majority of benefit is from the first dose."

Countries that do not have a shortage in supply can stick to the timetable with the usual intervals between doses, but for places with limited stocks, "getting a vaccine into as many arms as possible trumps putting two doses into a smaller number of arms", he added.

On the same programme, the Minister for Health Stephen Donnelly said the Government is "looking at the case for extending from the four-week interval to maybe an eight-week interval or even a 12-week interval".

"We're looking at the impact that would have on the number of people who get their first dose, we're also looking at the clinical situation, is there any clinical advice backing this up, like could there be an interval that is too long for example," he said.

"I'm expecting a recommendation this coming week and we'll see how that goes." 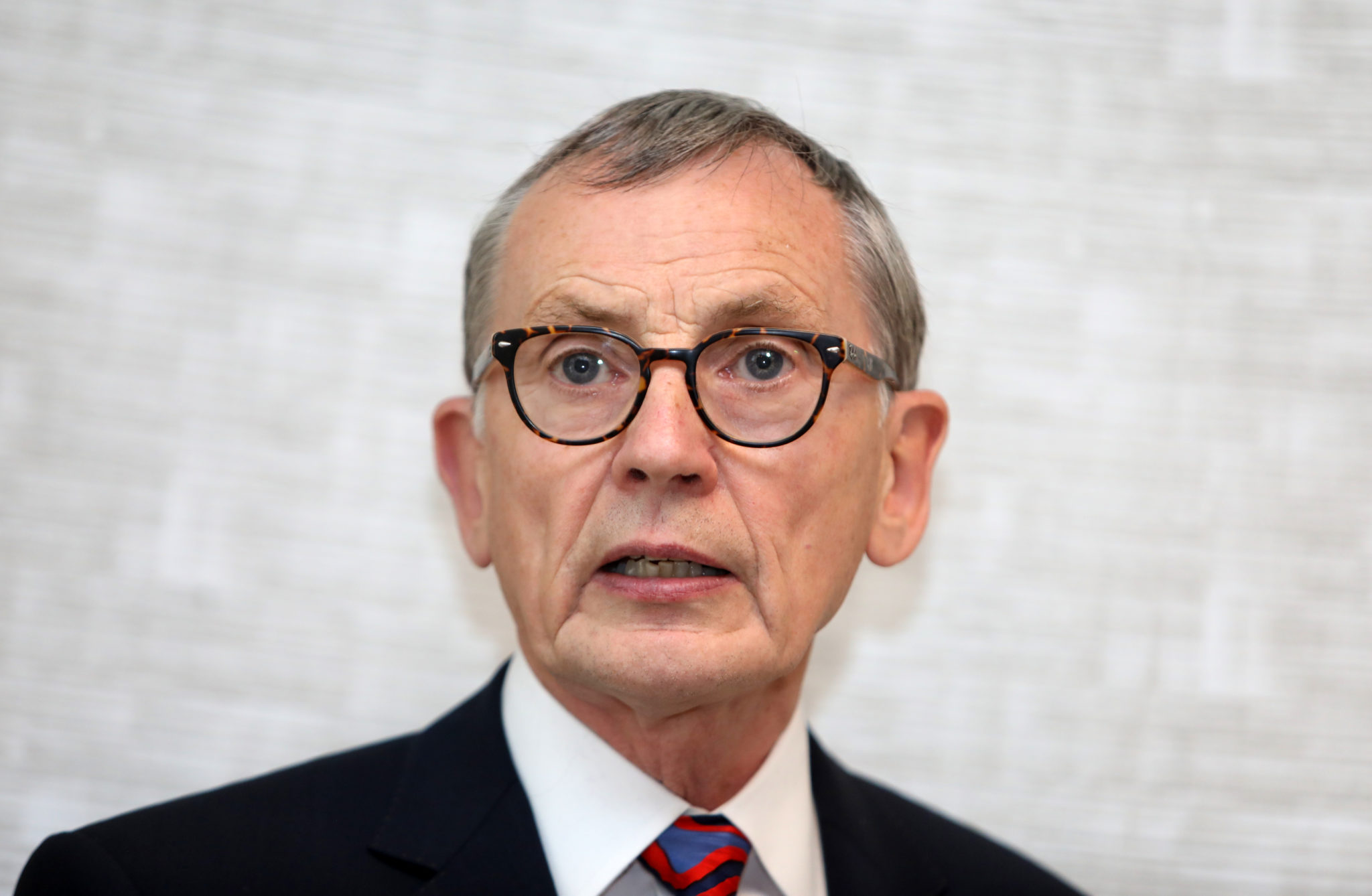 Meanwhile, 77 cases of a new variant that originated in India has now been reported in the UK.

The "double mutant" or B.1.617 variant is currently being reviewed by scientists, with Britain's environment secretary saying today that there is currently "no evidence" the strain can evade vaccines.

Dr Scally believes the mutation is a variant of concern that seems to be more transmissible.

"As long as the virus is replicating like mad across the world, as it is at the moment, we're going to be in this situation of continual variants coming at us," he said.

"That speaks volumes in terms of putting in place really strong quarantine measures and secondly...that we need a people's vaccine and temporary exemption from the patent laws covering vaccines so that we can use the completely unused vaccine manufacturing capacity we have across the world to try and get as much of the world vaccinated as possible."