The Chairman of the Oireachtas Foreign Affairs Committee, Charlie Flanagan TD, has urged the Gove...

The Chairman of the Oireachtas Foreign Affairs Committee, Charlie Flanagan TD, has urged the Government to expel the Russian Ambassador in the wake of his country’s decision to invade Ukraine.

“He lied through his teeth about the imminent invasion,” Deputy Flanagan told The Anton Savage Show.

“I think he should go.

“However, I understand that at Government level and at EU level this is something that is being discussed and people are looking to have these areas on an EU coordinated level.”

His views echoed those of Fianna Fáil MEP Billy Kelleher, who yesterday told The Hard Shoulder that all Russian diplomats should be given the boot:

"I think he should be packed on the plane some time, at this stage, and sent back to Moscow,” Mr Kelleher said.

"I think the entire European Union should expel the diplomatic corps of - what is effectively - a rogue regime that has invaded a country that was of no threat to it.

"We've sanctions in place, but I believe that we should also have a diplomatic sanction.”

In 2018 Ireland expelled one Russian diplomat after the Kremlin tried to assassinate a former KGB double agent living in Salisbury, England.

However, Tánaiste Leo Varadkar ruled out expelling the Ambassador for the time being.

“As is often the case, these things are done on an EU-coordinated level.”

Yesterday in an interview with RTÉ, Ambassador Yury Filatov claimed that Russia’s invasion was justified because the people of Donbas were being forced to undergo a process he called ‘Ukrainisation’:

“They wanted to keep their language, which is Russian, to speak it, to live their own way of life and just for that reason they were victims of armed aggression aimed to suppress them,” he claimed.

“The only aim of the operation is to neutralise the ability of the Ukrainian military to inflict any more suffering on Donbas.

“Ukrainians should not be afraid of that.” 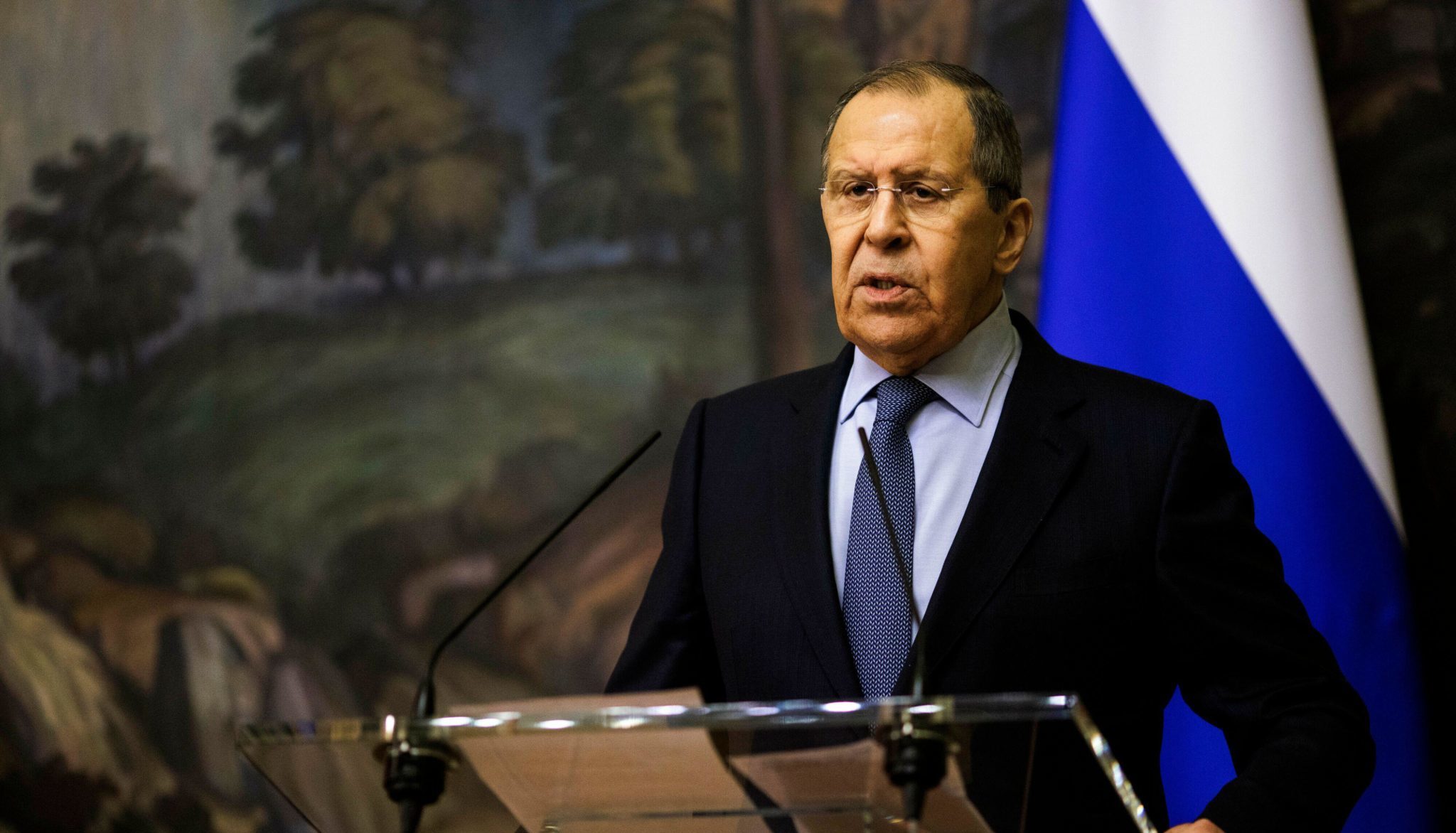 Nadia Dobrianska, a Ukrainian civilian and gaeilgeoir, told Newstalk that she believes that civilians are not safe:

“They are targeting civilians on purpose,” Nadia said.

"They shelled an orphanage in Volzel, which is a wee town outside Kyiv. And there were 50 children in that orphanage - it's a war crime.

"Where I am, it was a civilian place, there were no military objects that could have been targeted.

"But I knew that Russia would start targeting civilians openly, and that's what they're doing today, and it's going to be worse."

Main image: The Russian Ambassador to Ireland Yury Filatov holds a media briefing on the situation in Syria at the Embassy of the Russian Federation in Dublin.