A teenager who took part in a successful double rescue of a father and son in Cork yesterday even...

A teenager who took part in a successful double rescue of a father and son in Cork yesterday evening says it was part of an "eventful day" on the water.

16-year-old Richard McSweeney was one of five teenagers - along with his friends Jamie Venner, Cillian Foster, Kate Horgan and Harry Pritchard - who rushed to help a man who was stuck clinging to a marker buoy near the back strand at Fountainstown.

The man got into difficulties when he rushed to help his young son who was being swept out to sea on an inflatable device.

Both the father and son were rescued, with Richard and his friends operating the RIB which took the father to safety before he was airlifted to hospital.

Richard told The Pat Kenny Show that he and his friends had just gone out fishing in White Bay when they heard the call for assistance on their radio. 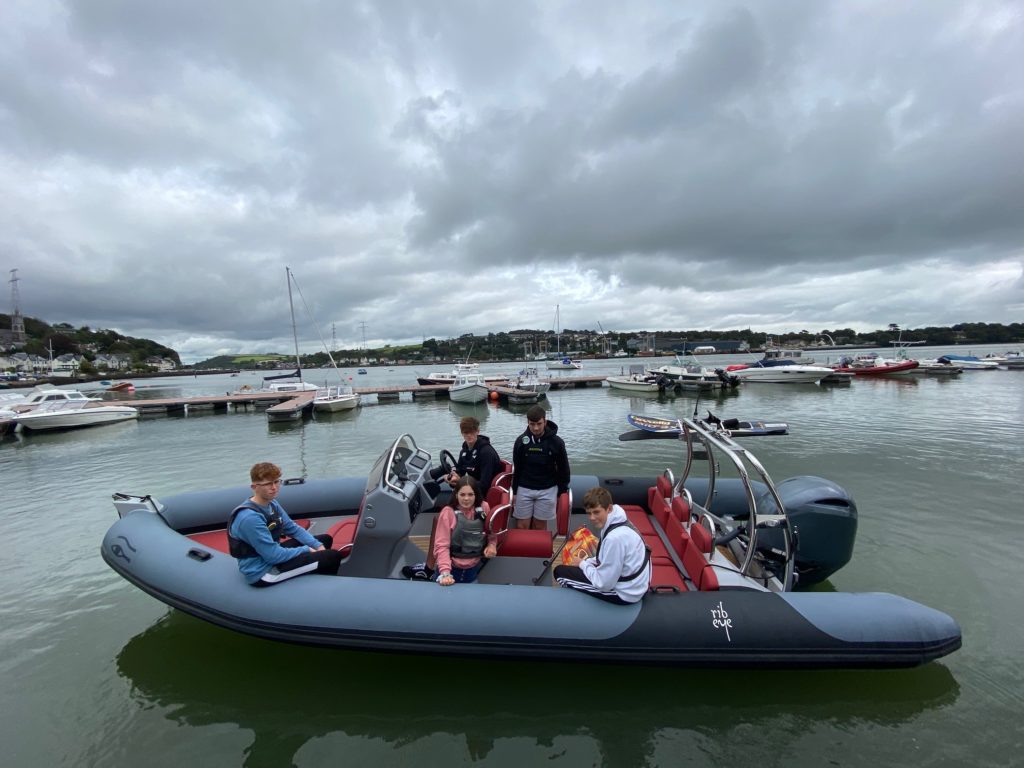 He explained: "We were the first ones to show up. The son [had] already [been] taken in by a local in a kayak. Then we helped pull the dad on to the boat, and took him on shore, to the paramedics. He ended up getting airlifted to hospital.

"My friend took [the man] out of the water. He was purple and blue with the cold... he was shivering and he couldn't talk."

Richard said he believes the man had been holding on to the buoy for 20 minutes, and had been in the water swimming before that.

It wasn't the only operation Richard and his friends were involved in that day.

He explained: "Earlier in the day, a boat broke down - so me Harry and Kate had to tow them back into the marina in Crosshaven.

"It was a bit of an eventful day."

She explained Richard and her other son had "no choice" but to learn their way around the water and the sea since they were young.

She said: "They were both sailing while I was pregnant. I brought them up on the water... we're a family that's either on the water or in the water.

"Safety is always paramount - always ensuring they have their life jacket on if they're going out paddle-boarding or out on the RIB.

"Richard was saying earlier 'what's all the fuss about mum... we just did what we had to do?'.

"It was just innate in them that they went off and helped someone like that... I am a very proud mother this morning."

Skeletal remains in Nancy Spain's pub could be 100 years old