A man and a five-year-old boy have died following a crash in Co Offaly. It happened at Scrubb, Ki...

A man and a five-year-old boy have died following a crash in Co Offaly.

It happened at Scrubb, Killeigh in Tullamore at around 5pm this evening when a car and an articulated truck collided.

The male driver - aged in his 30s - and the five-year-old passenger in the car died.

A young girl has been airlifted to Crumlin Children's Hospital with life threatening injuries, while another male passenger has been taken to Midland Regional Hospital in Tullamore.

Mairead McGuinness has been re-elected as an MEP in Midlands North West.

Ms McGuinness, who is currently vice-president of the European Parliament, was elected on the first count - with 134,630 votes.

The Green Party's Ciarán Cuffe has become the first MEP elected in the Dublin constituency.

Cuffe topped the poll last night, securing over 63,000 first preference votes but was roughly 8,000 shy of the quota.

Transfers were slow to come his way on Monday but just after 20.30, he was announced as Dublin's first MEP in this election after the 13th count. 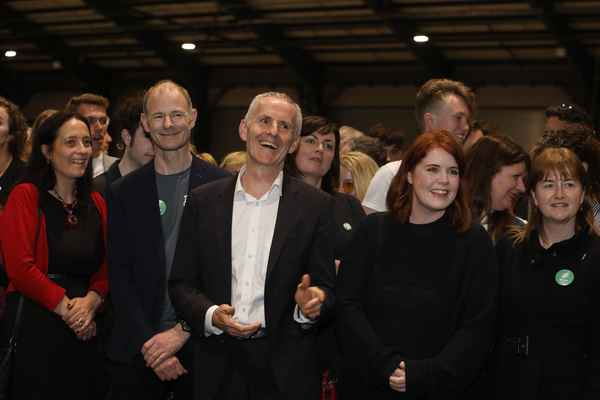 The Green Party's Ciaran Cuffeis elected as an MEP for Dublin. Photo: RollingNews

Fine Gael's Frances Fitzgerald has won the second of four seats in the Dublin constituency for the European Parliament.

She reached the quota after transfers from Labour's Alex White, who has been eliminated.

Anderson topped the poll of first preference votes with 126,951 but had to wait until the fifth stage of counting before passing the quota.

The DUP's Diane Dodds was the first to be elected after the third stage when she received over 28,000 transfers.