A fifth person has died from coronavirus in Italy, as the country tries to control the outbreak w...

A fifth person has died from coronavirus in Italy, as the country tries to control the outbreak which has swept towns in the northern region.

The European Centre for Disease Prevention and Control (ECDC) has upgraded the risk of the occurrence of coronavirus clusters to 'moderate to high'.

This follows on from an increased number of COVID-19 cases in Italy.

The Italian Ministry of Health confirmed an increasing number of cases, including five deaths, clustered in two regions in northern Italy.

There were also single cases in other regions in the north of the country.

The Department of Foreign Affairs is advising Irish citizens not to travel to affected areas.

The ECDC said it is closely monitoring this situation and has been in contact with Italian authorities to "provide all necessary assistance at this stage and support their efforts in limiting sustained local transmission."

The centre said: "As the situation is rapidly evolving, more cases are expected in Italy, and possibly in the EU, in the coming days."

Meanwhile Austria is assembling a coronavirus taskforce to discuss whether to introduce border controls with Italy.

About a dozen towns in Italy are in lockdown as authorities race to contain the biggest outbreak of coronavirus in Europe.

At least 152 people in Italy have been infected with COVID-19, the disease caused by the coronavirus.

On Sunday evening, Austria refused entry to a train coming from Italy after the Italian State Railways informed Austrian train operator OBB that there were two people with fever symptoms on board. 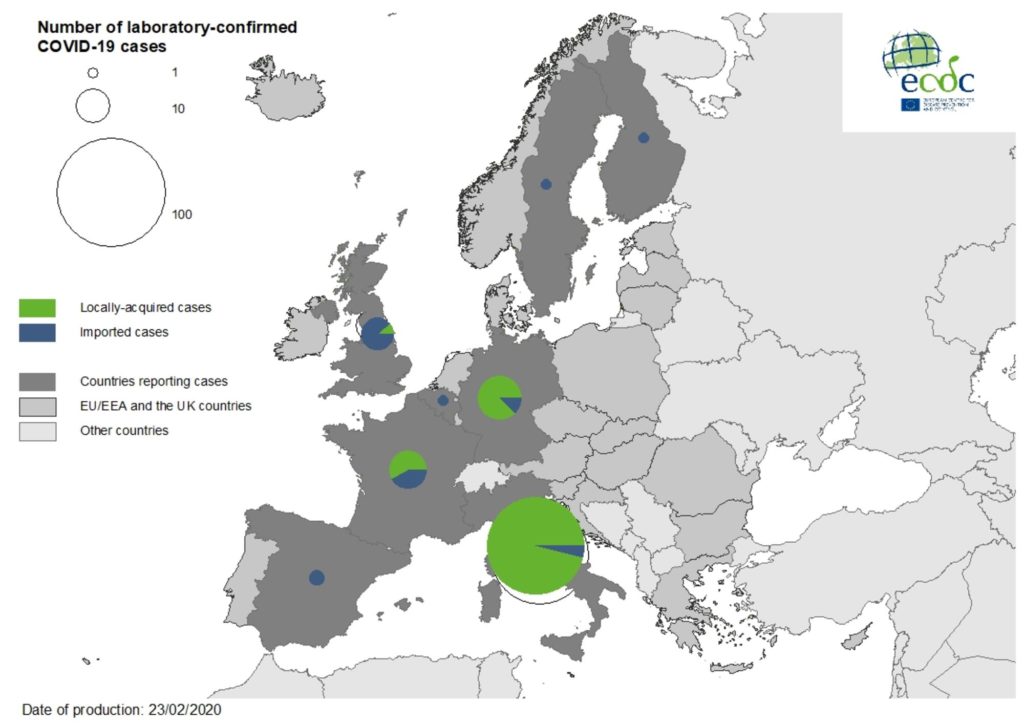 The European Commission has been coordinating the delivery of assistance to China, as well as financing the transport costs of EU member states' repatriation flights.

It announced new funding worth €232m to be allocated to different sectors.

This will see €114m to support the World Health Organisation (WHO), in particular the global preparedness and response global plan.

While €15m is planned to be allocated in Africa to support measures such as rapid diagnosis and epidemiological surveillance.

A further €100m is being used on the search for a vaccine and diagnostics, therapeutics and clinical management in containment and prevention.

Elsewhere, South Korea has declared its highest disease alert level as it reported more than 160 new coronavirus cases, bringing the total there to 763.

Meanwhile the Department of Health's National Public Health Emergency Team (NPHET) met on Sunday and will meet again on Tuesday.

Speaking after the meeting on Sunday, chief medical officer Dr Tony Holohan said: "Ireland has been working on its preparedness for Covid-19 [coronavirus] since January.

"We remain in a containment phase and, to date, there have been no confirmed cases of Covid-19 here.

"However, clearly the international situation is evolving.

"We will work with counterparts at the ECDC and WHO over the coming days to fully assess and incorporate the implications of these developments into our approach in Ireland."

He added: "Our public health advice currently remains unchanged - anyone who may have been in contact with a person who has COVID-19, or who has been to mainland China in the last 14 days, is advised to contact HSE Live.

"If they are unwell with cough, especially with respiratory symptoms (e.g. cough, high temperature, shortness of breath, difficulty breathing, fever) they should isolate themselves and phone their GP immediately."

It has also emerged that four British evacuees who landed back in the UK from Japan on Saturday have tested positive for the virus, taking the number of cases there to 13. 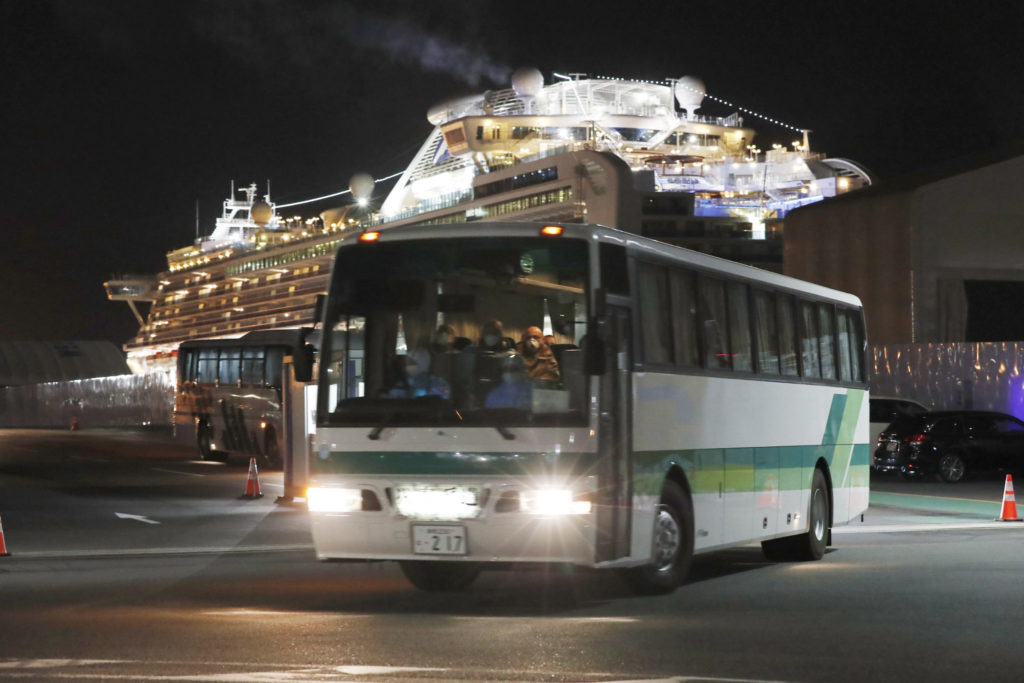 The virus was transmitted when they were on the Diamond Princess cruise ship.

Two Irish citizens were also on board the flight to the UK and will be quarantined for two weeks, having already spent 14 days in isolation on the ship.

While the four British citizens were tested in Japan, the results did not come back until Sunday - meaning it was unclear whether they were infected when they boarded the plane.

It added that a "full infectious disease risk assessment" was carried out, and no one who boarded the repatriation flight displayed any symptoms.

It previously said that all the evacuees tested negative before getting on the plane.

Main image: Italian State Police officers check cars and passengers moving in and out of the city of Casalpusterlengo, as restrictive measures are taken to contain the outbreak of coronavirus COVID-19 | Image: Piero Cruciatti/SIPA USA/PA Images