The Taoiseach has warned that the UKs withdrawal from the EU must be resolved "sooner rather than...

The Taoiseach has warned that the UKs withdrawal from the EU must be resolved "sooner rather than later."

Leo Varadkar was speaking in Brussels where he has travelled for the March Summit of EU leaders.

Leaders will this afternoon consider the UK Prime Minister's request for a short extension to the withdrawal process.

She has asked to be given until June 30th to get the Brexit Withdrawal Agreement passed by Parliament - however that would interfere with EU elections.

European officials are reportedly considering May 22nd as a new final deadline and the various options will be debated at the summit this afternoon.

“A no deal Brexit, if it happens, will be a British decision” says Leo Varadkar as he warns Theresa May there can’t be a rolling cliff edge #Brexit date pic.twitter.com/P60kP8GA4L

Mr Varadkar said it is time to "cut the entire British establishment a little bit of slack on this" and give consideration to the extension request.

He said "nobody wants no deal here,"noting that the House of Commons had voted against purposefully leaving without an agreement.

"But no deal can only ever be a British choice," he said.

"Let's not forget that the March 29th deadline was set by the UK in the first place and it is always up to them even at the last moment to revoke Article 50 unilaterally.

"They do not need permission to do that so no deal, if it happens, will be a British choice and a British decision."

He was speaking as hundreds of thousands of people are signing a petition calling on the UK to revoke Article 50 and cancel Brexit.

The petition has crashed the House of Commons website a number of times this morning and has been signed by over 830,000 people.

Mr Varadkar said it is time to bring the process to a close, one way or the other.

"As you know this is going on for two-and-a-half years now," he said.

"Brexit is not a problem of our creation. We do need to see a resolution, sooner rather than later.

"I don't think this can drag on for months and years.

"We are busy doing other things. In the past two years, the EU has concluded trade deals with Japan, Mexico and Canada.

"Really everybody in the EU wants this resolved sooner rather than later. It has been going on for far too long." 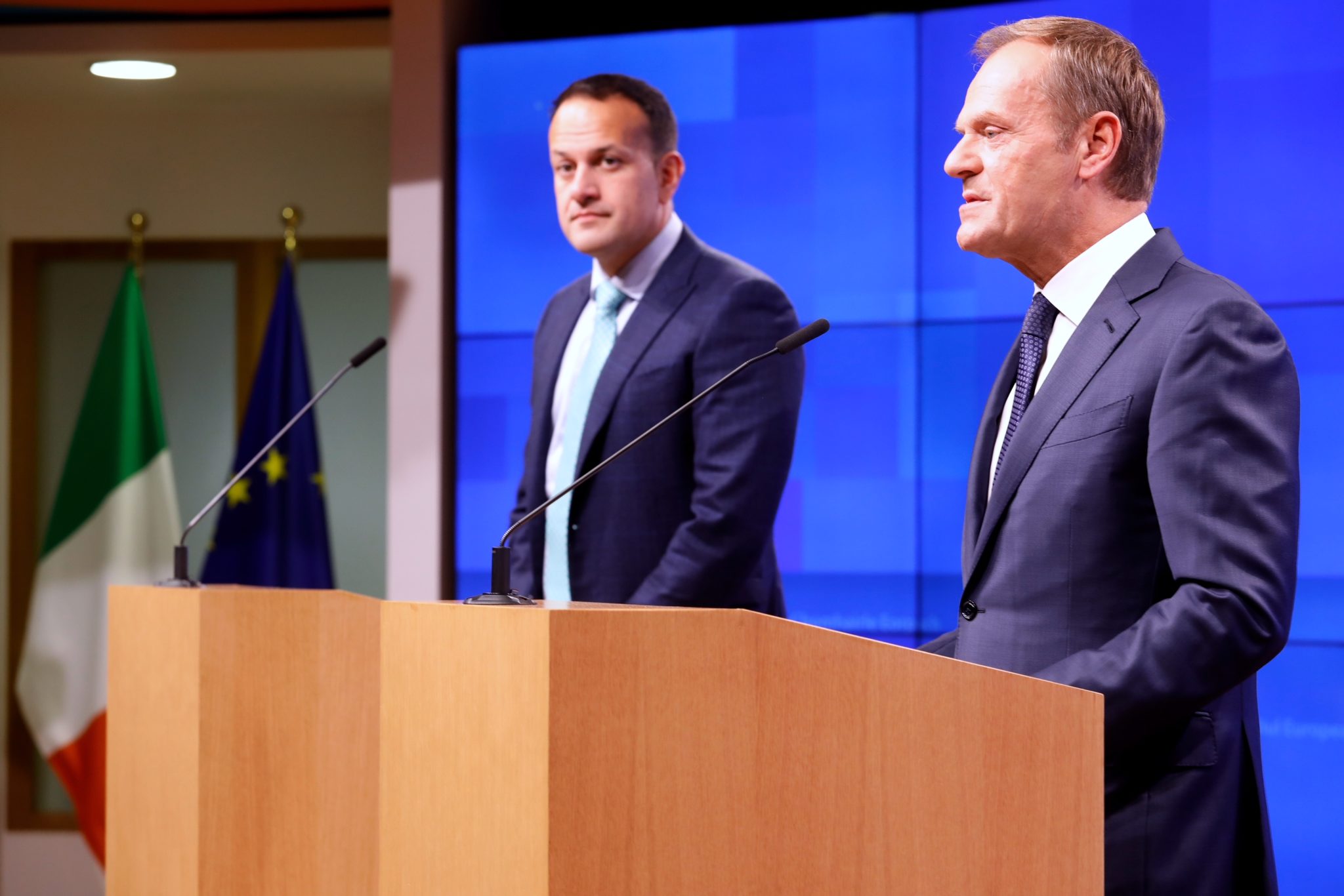 Gibraltar, meanwhile, has called on the British government to revoke Article 50 - if MPs once again reject the withdrawal agreement.

Its chief minister Fabian Picardo said he believes revoking the UK's Article 50 notification is the only way "to take back control" of the Brexit process.

He told Sky News: "If MPs support the withdrawal agreement we can leave without having to have a catastrophic bump on the road for the UK.

"If MPs do not support the withdrawal agreement, then parliament has already said no deal should be taken off the table.

"The Europeans are also a part of the negotiation of how you take no deal off the table. 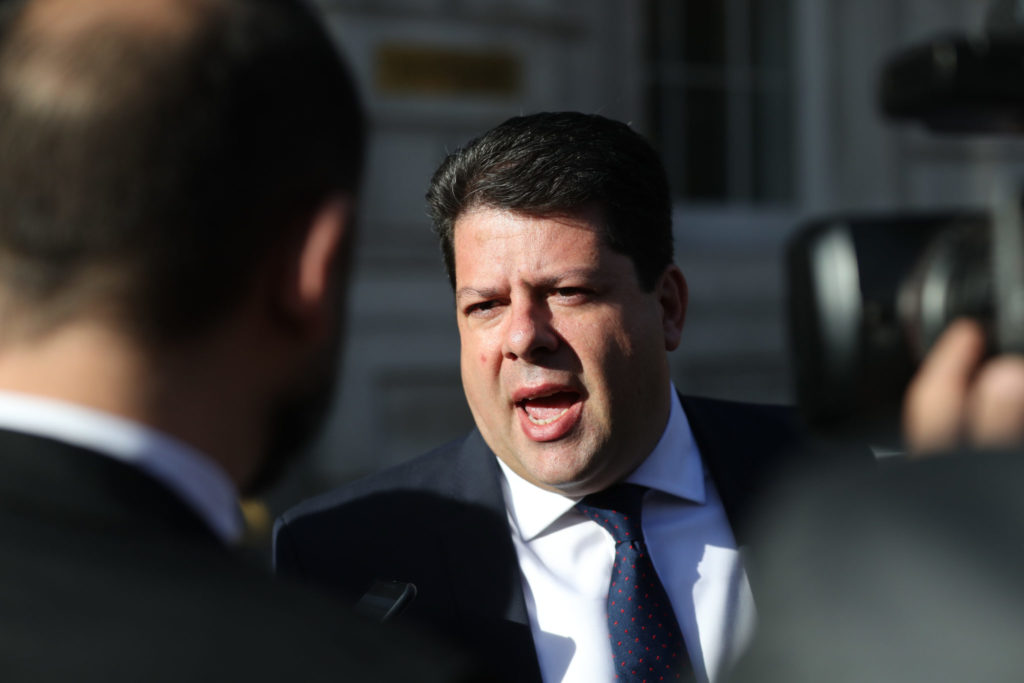 "And therefore, on Tuesday MPs do not back the withdrawal agreement, the only way for the UK to take back control of the Brexit process is to revoke the Article 50 notification - even if you then seek to continue the process of Brexit.

"The EU said 'we won't even start negotiating withdrawal with you until you give the Article 50 notice'.

"Well, now we've seen all their cards. Let's revoke and let's slowly determine for ourselves, as a nation, together, what we want to do in the future.

"I would still advocate remaining. Even if you advocate leaving, this may be the best way to engineer how the UK leaves in the future."

In the 2016 EU referendum, Gibraltar voted by nearly 96% to remain in the EU.

The EU has indicated it would agree to the Brexit extension, but only if Mrs May can win the UK parliament's backing for the withdrawal deal next week.

European Council President Donald Tusk warned they would only lend support if she called and won a vote on it next week.

He suggested there could be a special summit called next week to rule on the extension, or EU leaders could do it in writing.

And a leaked EU Commission document suggests the choice is either extend until just before the European elections in May, or kick it out until the end of the year.

Mr Varadkar was fairly open to Mrs May's request, saying on Wednesday: "It's time now to cut them some slack, to cut the British government some slack when it comes to their request for an extension".

But France has threatened to veto the extension if the British prime minister does not show a clear way for the withdrawal deal to get passed.

Mrs May used a late-night statement from Downing Street on the 1,000th day since the EU referendum to call the delay "a matter of great personal regret".

Mrs May said she was on the public's side against MPs who have "done everything possible to avoid making a choice".

And Mrs May repeated a hint she could stand down if forced to extend Article 50 - the EU's legal exit mechanism - beyond her proposed date.

"I am not prepared to delay Brexit any further than 30 June," she declared.

Brexiteers from her own party, who have twice voted down her Brexit deal, quickly pointed out out she could take the UK out of the EU without a deal and keep to the original date next Friday.

"Not leaving the EU next Friday is a political choice - and one entirely within the Prime Minister's gift," the former Conservative vice-chair for youth, Tom Pursglove, wrote on Twitter.

"We can leave on the 29 March - on time, as planned, as promised. There is absolutely no need to delay. The ball is in her court."

Another, Conor Burns, asked "what was the actual point of that", while Andrea Jenkyns commented: "As usual another statement saying very little."

Remainers were equally unimpressed, with MP Nick Boles asking: "Has anyone every learned anything from a speech by Theresa May?"