Some 35% of Russia's budget revenues came from oil, directly or indirectly

A special adviser to Ukraine's President Volodymyr Zelenskyy says an EU embargo on Russian oil is a good place to start.

Alexander Rodnyansky was speaking as the European Union is aiming to ban all imports by the end of the year.

The sanctions still must be ratified by all 27 member states.

Countries like Hungary and Slovakia that are heavily reliant on Russian oil could be given more time to wean themselves off it. 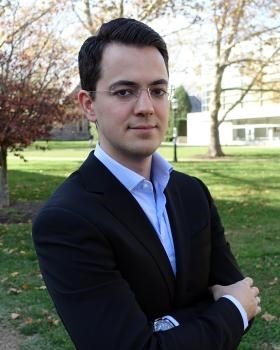 Mr Rodnyansky told The Hard Shoulder the oil ban is a good start.

"That's good news of course, we've been asking for this for a while now.

"We've been working on sanctions together with our western partners and implementing, pushing for sanctions.

"Oil is something that's very effective from Russia's budget, at least judging by 2021 numbers.

"35% of Russia's budget revenues came from oil, directly or indirectly.

"So this is a point where we really need to start - because oil is also, besides being a third of Russia's budget revenues, it's also easier to subside away from it.

"Easier than gas in that sense, than moving away from gas.

"So this is a natural place to start, and I'm glad to hear Europe is moving in that direction".

While the mayor of Mariupol says heavy fighting is taking place at the Azovstal steel works, where the city's last defenders and some civilians are holding out.

Vadym Boichenko says contact was lost with the Ukrainian fighters still in the steel works, and that more than 30 children were among those awaiting evacuation from the plant.

Earlier it was reported that Russian forces had begun storming the steel mill, containing the last pocket of resistance in Mariupol.

The takeover began after evacuations from the bombed-out plant saw scores of Ukrainian survivors finally reaching safety following long days and nights holed up inside under constant shelling.

Mr Rodnyansky says the war is still raging on the ground.

"But I'm sure that ultimately we'll be victorious - the question is how much suffering there will be in-between in the short to medium run?

"The war is in full-scale... the Russian are still trying to escalate.

"We have information that they are now trying to intensify again their offensive attacks, their plans to capture more territory.

"That's what's going on, it's unravelling as we speak".

Asked if an expectation of an attempted settlement could see a divided Ukraine to the east, he says this is not on the cards.

"I don't know what the future may hold, I hope we'll establish full control over our territories.

"We have internationally-recognised borders, that's as much as you can say when it comes to your territorial integrity".