Issues around the length of security queues at Dublin Airport haven't gone away.

That's according to travel expert Eoghan Corry, who was speaking amid reports of huge queues at the weekend.

He told Lunchtime Live the problem is very unpredictable.

"They did a lot to try and organise it with rostering, and with different facilities put in to make sure people were in the right queue and ready.

"But the problem is it's unpredictable - it can be great today and horrible tomorrow."

He says people should still be arriving with plenty of time.

"The advice is still two and a half hours shorthaul, three and a half longhaul.

"People aren't missing their aircraft as they did in the first week. 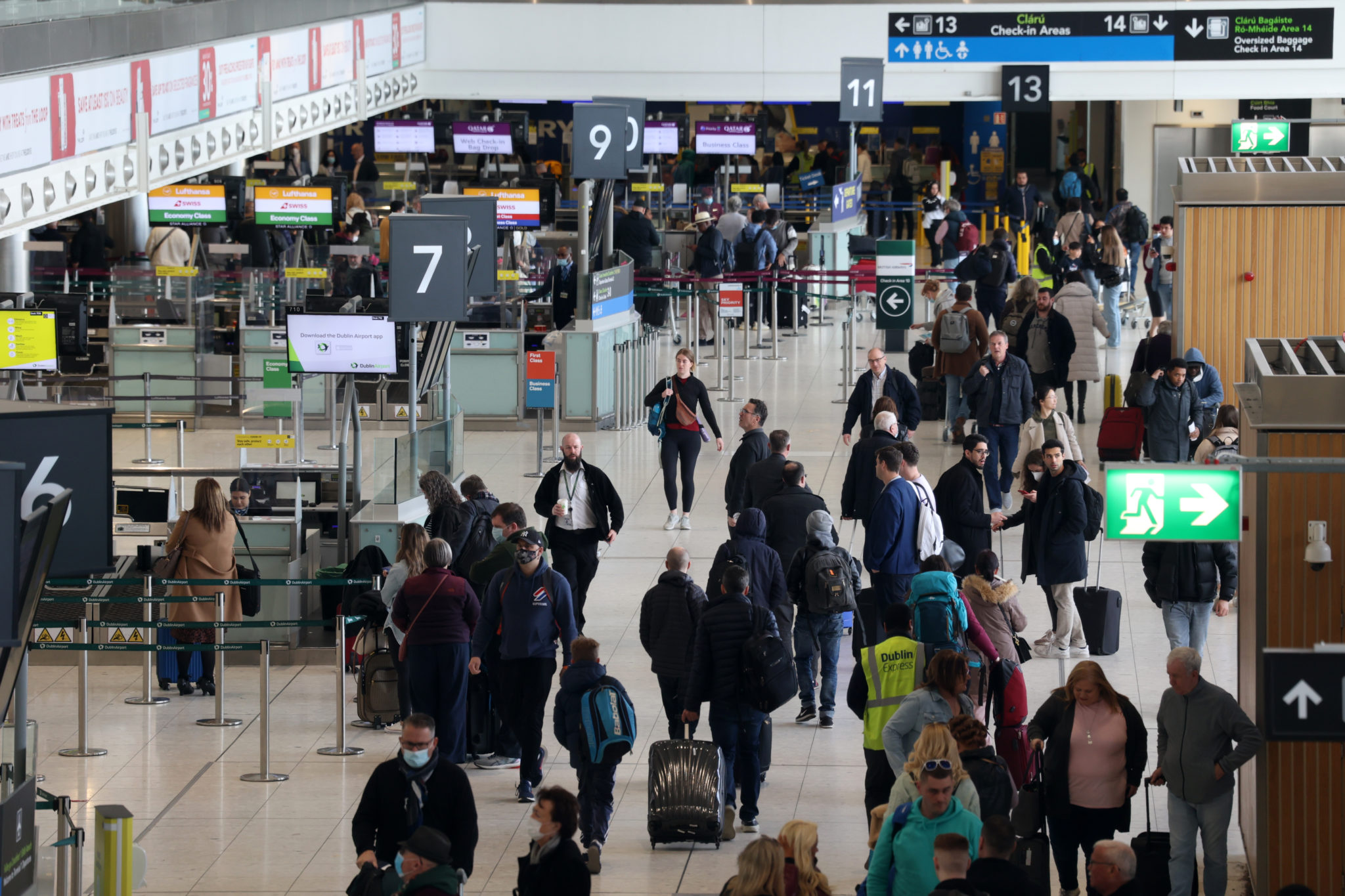 "Listeners will remember when the summer schedules came in and the number of flights through the airport more than doubled in one weekend - that really showed up the holes in the system, which are not unique to Dublin Airport.

"The return to flying was probably more than people anticipated, including the airlines and the airports, and now they're all facing a very similar problem of staffing.

"And obviously you can't pluck someone off the street and put them into security".

But he says this is a very different picture than before the pandemic.

"Let's go back to 2019 BC - Before COVID - if there was a queue of 30 minutes the internal alarm system within Dublin Airport would go off to try and get that unacceptable 30 minutes level of security queue down.

"People are very happy with 30 minutes at the moment, because it has gone more".

Main image: Passengers wait to board an early morning Ryanair flight at Dublin Airport in May 2012. Picture by: Richard Wayman / Alamy Stock Photo

Eoghan Corry: Here's why more airport baggage is being lost