Taoiseach Leo Varadkar says holding off on announcing the upcoming general election would have meant a 'three or four-month campaign'.

He has confirmed this afternoon that an election will be held on Saturday 8th February.

Mr Varadkar travelled to Áras an Uachtaráin this afternoon to formally dissolve the 32nd Dáil.

It means the election campaign is now underway, with posters even appearing in some areas ahead of the official announcement. 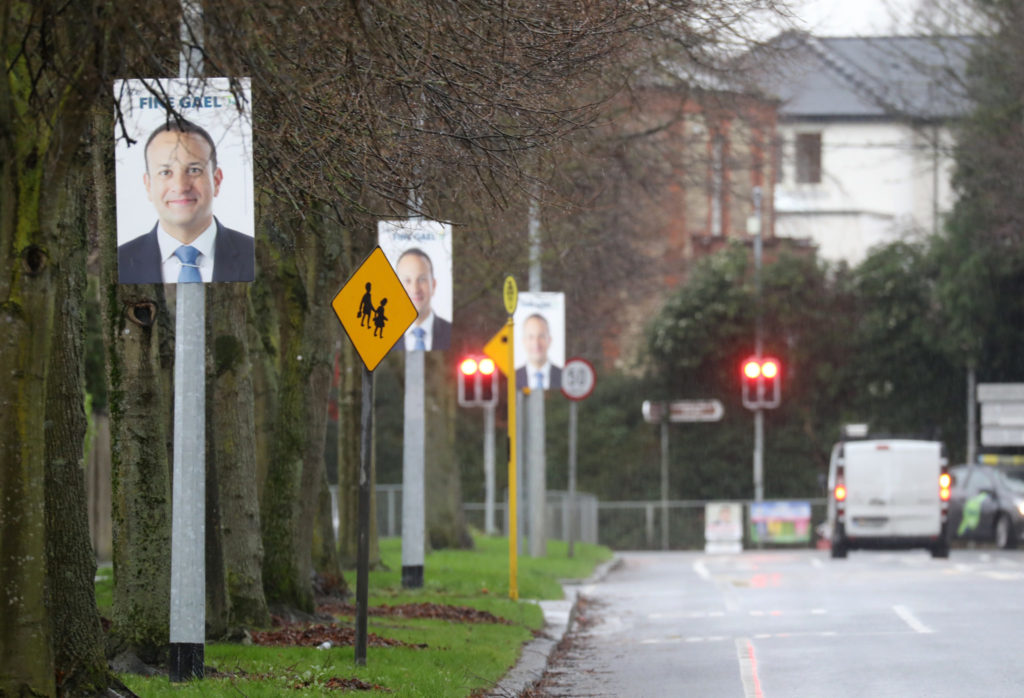 14/1/2020. A long line of Taoiseach and Fine Gael leader Leo Varadkar posters in Dublin on the day he announces he is to seek dissolution of the 32nd Dil for a general election. Photo: Eamonn Farrell/RollingNews.ie

The Taoiseach has previously said May was his preferred time for a general election - but this afternoon announced it will now go ahead in just under a month.

Speaking at Government Buildings before travelling to meet President Higgins, Mr Varadkar observed: "I've always said the election should happen at the best time for the country - now is that time."

CONFIRMED: The next general election will be held on Saturday, February 8th. Taoiseach to seek dissolution of Dáil this afternoon pic.twitter.com/VUHL24ht7G

Explaining his reasoning for a Saturday vote - breaking from the traditional Friday polling day - the Taoiseach suggested polling day on a weekday is an "inconvenience" for parents, as many schools have to close for the day to serve as polling stations.

He said: "[Weekday elections mean] having to take time off work, lost income, having to use up an annual leave day that you might have wanted to use for something else, and of course increased childminding costs.

"I also want to make it easier for students and those working away from home to cast their votes and have their say".

Justifying the early election, the Taoiseach pointed to the Brexit situation - with the UK now set to leave the EU at the end of the month with a deal.

However, Mr Varadkar said it's "only half time" in the Brexit process - with negotiations on the future relationship between the EU and UK to begin in February.

He said that leaves a "window of opportunity" to hold a general election soon and have a new Government in place ahead of a key European Council summit in March.

In terms of the domestic political situation, Mr Varadkar argued: "In deciding not to seek an agreement on an election in April or May, I do so knowing that even if this were possible and sustainable we would have effectively have entered into a three or four-month election campaign from today.

"There's a risk during this time that difficult decisions would have been deferred and irresponsible promises made - and that would not have been in the interests of the country in my view."

With the current minority government coming to an end, Mr Varadkar also used his address to thank the Independent Alliance for joining Fine Gael in Government "when others would not".

Doherty: Any government formation involves "give and take"