Hundreds of people have turned out at the eighth annual 'March for Choice' in Dublin. They are ca...

Hundreds of people have turned out at the eighth annual 'March for Choice' in Dublin.

They are campaigning for free, safe, legal and local abortion access in Ireland.

'No one left behind' was the message to coincide with International Safe Abortion Day on Saturday.

The group marched from Dublin's Garden of Remembrance at 2.00pm to Merrion Square.

This was the first march for choice since Ireland repealed the Eighth Amendment in 2018, when 66.4% of people voted Yes to allow for abortion. 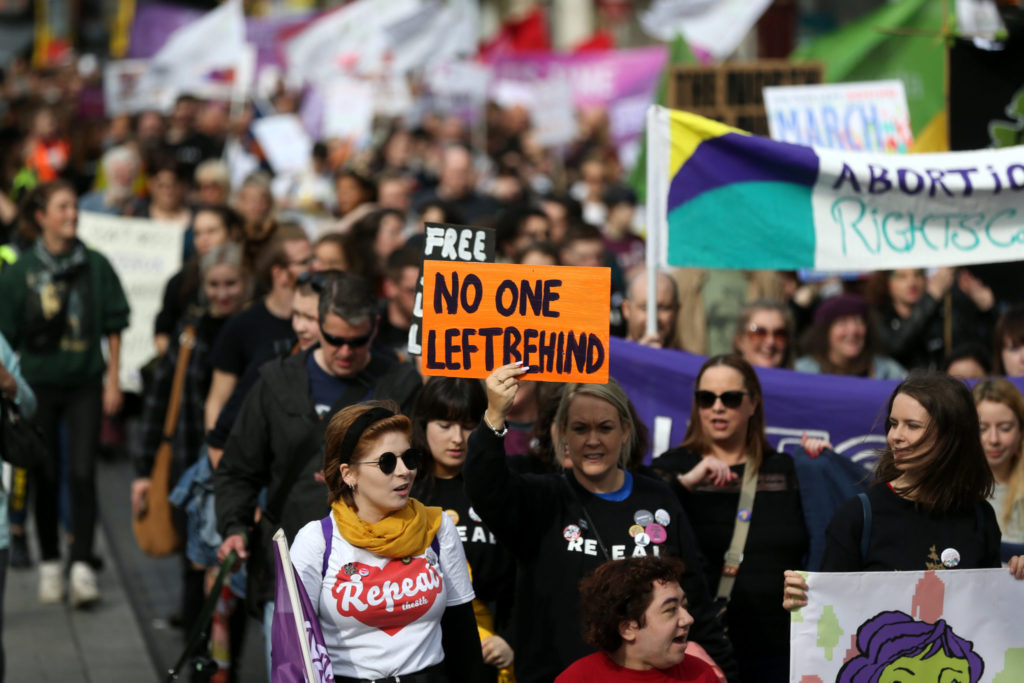 But Linda Kavanagh, spokesperson for the Abortion Right's Campaign, says abortion is still out of reach for many people.

"There's still a lot of people who are being left behind by this legislation - so we're here today to demand an end to the three day waiting period, a demand to the refusal of care.

"We're an all-island campaign, so we're marching to show solidarity with people in Northern Ireland as well".

If the Stormont executive does not resume before October 21st, abortion will be decriminalised in Northern Ireland.

Danielle Roberts is from Alliance for Choice Belfast.

"Within weeks we are hoping to see abortion decriminalised in Northern Ireland thanks to decades of campaigning and lobbying.

"We are currently the only part of these islands without free, safe and legal abortion access but that is going to change very soon.

"We hear from people in dire straits," says Mara Clarke of the Abortion Support Network.

"People who have just missed the 12 week-cut off, including people who couldn't get a scanning appointment in time, who were led astray by rogue agencies, or whose medication abortion failed.

"We hear from people heartbroken by a diagnosis of catastrophic foetal abnormality, turned away by the Irish medical system.

"And we move heaven and earth to cater for migrants who need to travel to the UK or the Netherlands to access care." 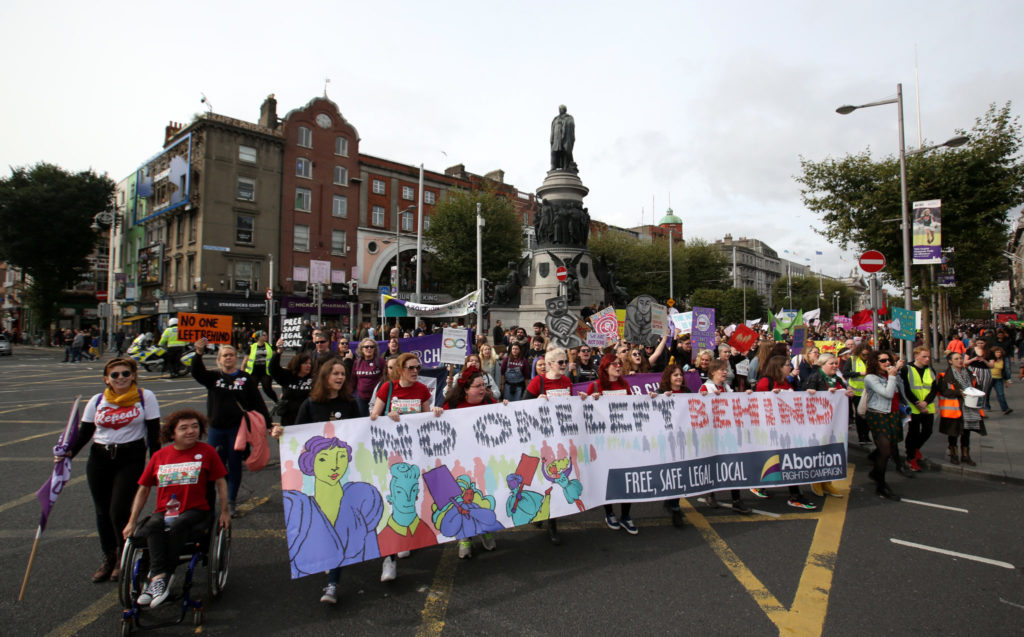 And Bulelani Mfaco, of the Migrants and Asylum Seekers Association of Ireland, adds: "When migrants and refugees arrive in Ireland, they may be too scared or disorientated to ask right away for an abortion.

"Once they pass the time limit, even if they have been raped, they have no legal access in Ireland, and face the daunting challenge of getting permission to travel for essential medical care."

Ms Kavanagh says: "For these reasons and more, we march on Saturday.

"We call on the Government to end the mandatory three-day waiting period, to increase provision in every county, to end the unethical practice of refusal of care by healthcare providers, to stop rogue agencies, and to enact safe access zones around medical facilities as matters of urgency."

On the march, a spokesperson for the Pro Life Campaign says: "It's important to note as the 'March for Choice' takes place in Dublin today that Ireland now has one of the most extreme pro-abortion laws anywhere in the world."