Eight ways of Christmas from around the world

Eight ways of Christmas from around the world

The Giant Lantern Festival is celebrated every year in the city of San Fernando in the Philippines.

Traditionally celebrated on the last Saturday before Christmas Eve, the original lanterns were around three feet tall - a far cry from the almost-sixteen foot mechanical beasts used today. 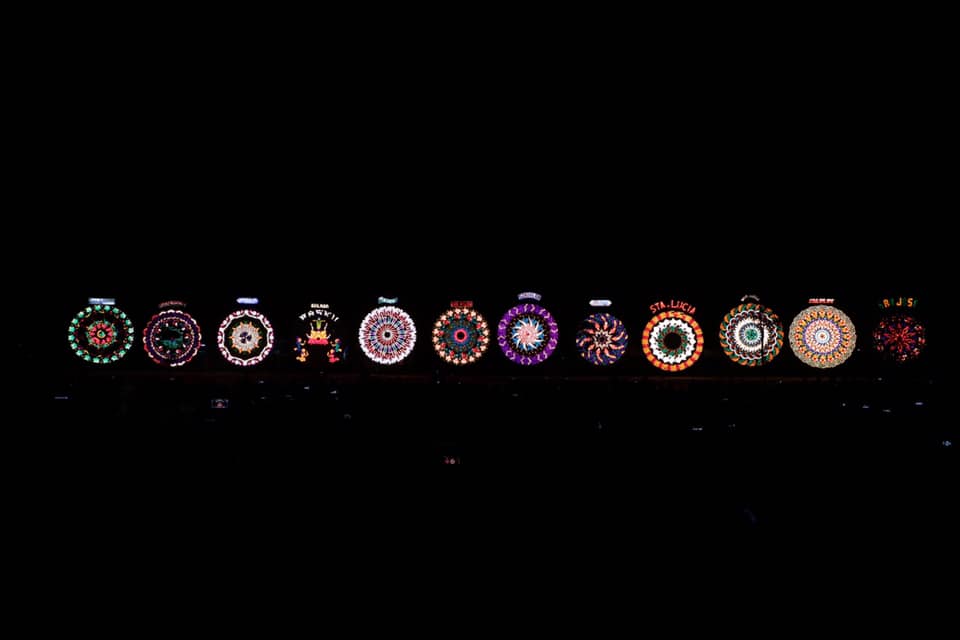 Around ten of the giant lanterns - or ‘parols’ - are produced each year to compete in the city’s ‘Ligligan Parul’ festival - with the top three taking the honours.

It has been held every December for the last 80 years in Pampanga province - about 75km outside of Manila.

Light is a symbol of unwavering hope in the Philippines and the lanterns - or ‘parols’ - also commemorate the star of Bethlehem.

Today the festival features fantastically innovative designs that have seen the city of San Fernando christened the ‘Christmas Capital of the Philippines.’

The Gävle Goat or ‘Gävlebocken’ is a traditional Christmas display constructed every year at Slottstorget in the centre of the town of Gävle to the North of Stockholm.

Each year the 40-foot-tall goat it is constructed in the town’s central square and has a grand celebration for its unveiling on November 30.

I'm just a goat, standing in front of a fence, asking it to.... keep me safe #gävlebocken #backabocken pic.twitter.com/y2K4ubg2cK

Over the years, the goat has become famous for being constantly destroyed in Arson attacks during December. In previous years, it has been hit by cars, attacked by a Gingerbread Man and almost stolen with a helicopter.

People now annually place bets on its lifespan -  although anyone looking at the odds should consider that since its first unveiling in 1966 – the goat has been damaged 37 times.

And the cold never bothered me anyway #gävlebocken #frozen pic.twitter.com/yVXNxD2g7Y

Over the past few years, it has become customary for the Japanese to tuck into a festive feast of KFC on Christmas Day.

Thanks to a successful advertising campaign, families will queue around the block to pick up their battered thighs and wings.

It has now become so popular that orders for the KFC Christmas Party Barrel are taken as early as October.

While Irish children are well familiar with Santa’s elves and trusty team of reindeer, children in Austria are dealing with Saint Nicholas’ terrifying evil companion, The Krampus.

A horned, folkloric figure described as "half-goat, half-demon;" during the Christmas season, the Krampus travels with Saint Nicholas and while his big red friend is rewarding the well-behaved with gifts - the Krampus is left to punish those who have been naughty. 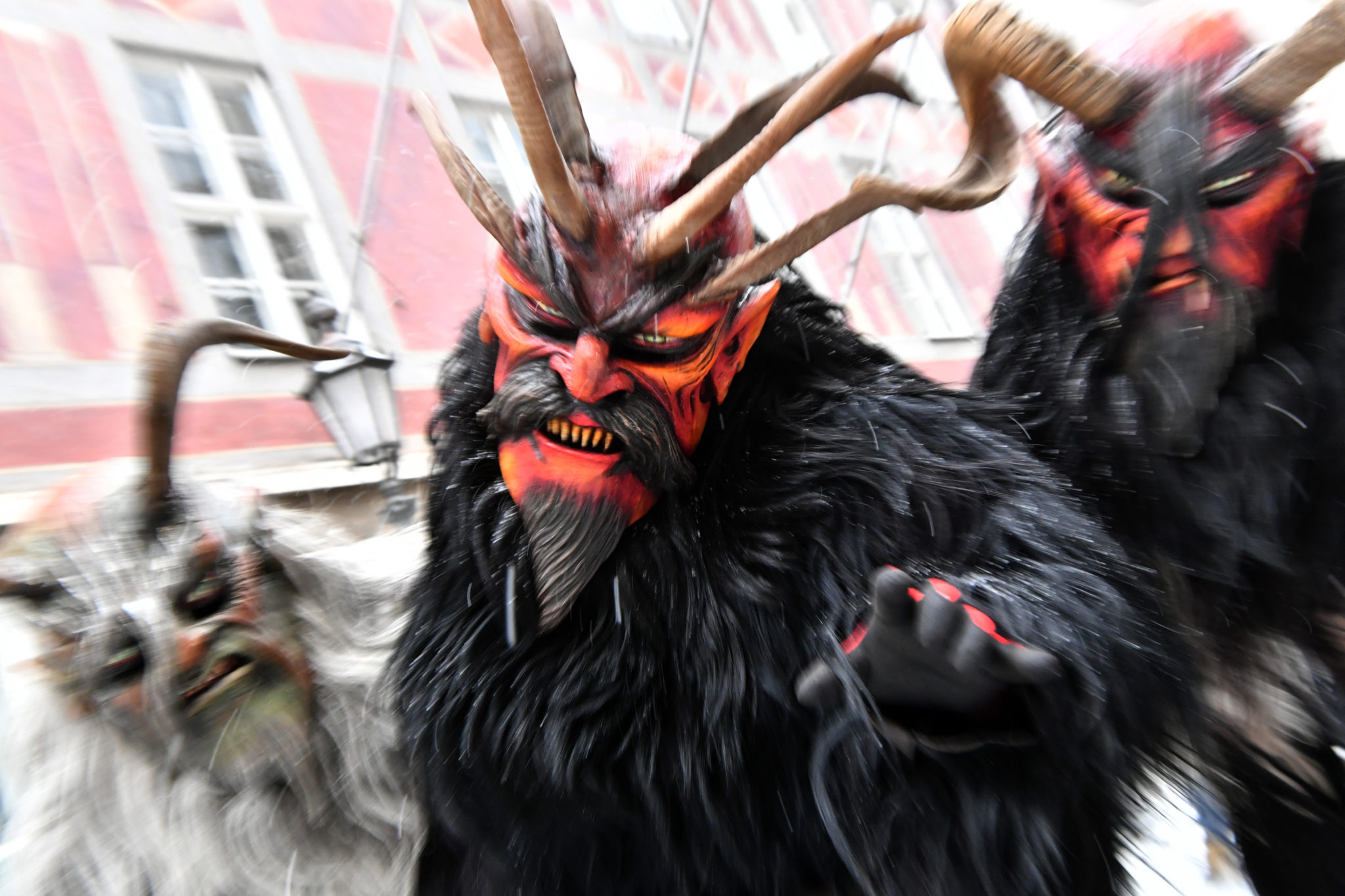 Each year, Thousands of people gather in Hollabrunn Market Square, Austria, to watch more than 120 Krampus impersonators take to the streets.

Germanic folklore holds that that the Krampus beats naughty children with a bundle of sticks - before putting them in a woven wicker basket on his back.

That bag of coal suddenly sounds like a fairly reasonable offer. 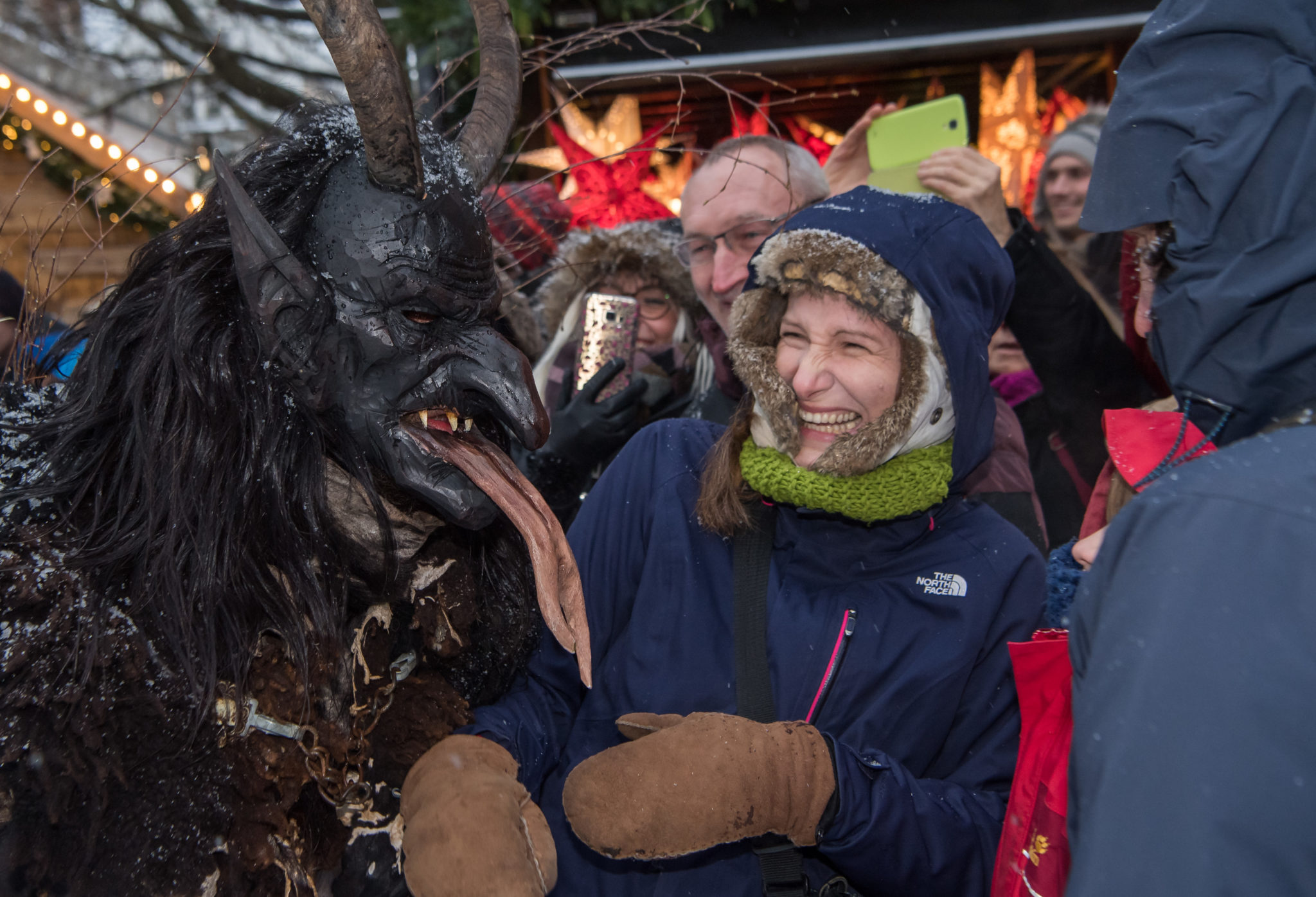 In the thirteen nights leading up to Christmas, Icelandic children are visited by one the Yule Lads or ‘jólasveinar.’

Each of the thirteen troll-like figures have their own well-known talents, features and personalities - from Skyrgámur - ‘Sky Gobbler’ - through to Hurðaskellir - Door-Slammer – and many children’s favourite, Kertasnýkir - Candle Stealer.

The Yule Lads leave gifts in the shoes of children who have been well-behaved - as well as rotten potatoes for those who have not.

The Jólasveinar live in the mountains and only come out in December. In older times they were accompanied by their mother Grýla who likes to eat children that do not behave. The accounts of her ugliness are numerous and she is often described with many tails, horns hooves and many heads.

Grýla was often accompanied by her huge cat called Jólakötturinn - the Christmas Cat - who was also partial to snacking on the odd child.

Christmas in Iceland is a magical time full of activities for the whole family. In the comprehensive link in our bio we cover Icelandic Christmas traditions like Christmas markets, leaf bread and the 13 Yule Lads which make Icelandic Christmas so unique. This is our own christmas cat! ☝️ @steinunnpala #icelandicchristmastradition #icelandtravel #iceland #myicelandtravel #reykjavik #christmascat #jólakötturinn #jolasveinn #yulelads #christmas

Each year between the 16th and 24th of December, the people of Caracas, Venezuela lace up their roller skates and skate through the sleeping streets of the city for early morning mass.

Streets around the city are closed to traffic until 8am to allow for the safe passage of the skaters.

In some areas, children even tie a string to their big toe before they go to sleep and hang it out the window and passing skaters will give the strings a tug to let them know Christmas has begun.

Christmas in Columbia begins on the evening of December 7th, known as Dia de las Velitas or “Day of little candles.”

One of the country’s most popular traditional holidays, Dia de las Velitas sees Families decorating their homes and neighbourhoods with candles and lights - and set off luminous firework displays to celebrate the beginning of the Christmas season.

People place candles and paper lanterns on windowsills, balconies, porches, sidewalks, streets, and everywhere else they can be seen, in honour of the Virgin Mary and the Immaculate Conception.

On December 8th it is customary for houses to hoist a white flag with the image of the Virgin Mary.

In Ukraine, families decorate their Christmas trees with artificial spider webs - and finding an eight-legged friend - real or fake - on a web is considered good luck.

This tradition comes from Ukraine’s legend of the Christmas Spider - the Pavuchky, literally 'little spider' - and is widely regarded as the origin of the tradition of decorating with tinsel.

In Eastern European folklore, the tradition comes from the story of a poor family who could not afford to decorate their Christmas tree. While the children were sleeping on Christmas eve a spider came down and covered the tree in cobwebs.

When the children opened the windows on Christmas morning they were overjoyed to see the sunlight turning the cobwebs into strands of gold and silver. From that day forward the family never lived in poverty again.