One resident of Dublin's East Wall has claimed there were 'no right-wing people' at an asylum seeker protest on Monday.

It comes after local TD Gary Gannon said the protests have become a “far-right rally.”

Concerned residents said they were not consulted by the Government when it decided to use a former ESB office building to house asylum seekers.

On Monday night, demonstrators blocked traffic from the nearby Port Tunnel - necessitating diversions.

Keith is local to the area and told Lunchtime Live he is annoyed with the narrative being put out there.

"We do support the protests - the way it's been handled by Government has not been the best," he said.

"Their leaflets, they said with the communications, it took them 10-plus days to come out after the facility was open.

"The facility itself is unfit for purpose.

"The refugees themselves are victims because the Government puts them there.

"What do they do from one end of the day to the other: look at four walls or hang around outside?"

'Concerted effort to move away from right-wing'

He said he disagrees that there was a right-wing element to Monday's demonstration.

"I'd say about 99% of the people last night were from East Wall," he said.

"We made an effort last night to move away from the building to discourage the right-wings from coming along, and it worked.

"There was no right-wing people there because we weren't fuelling their opinions, because we moved away from the building and we moved towards the Port they didn't turn up". 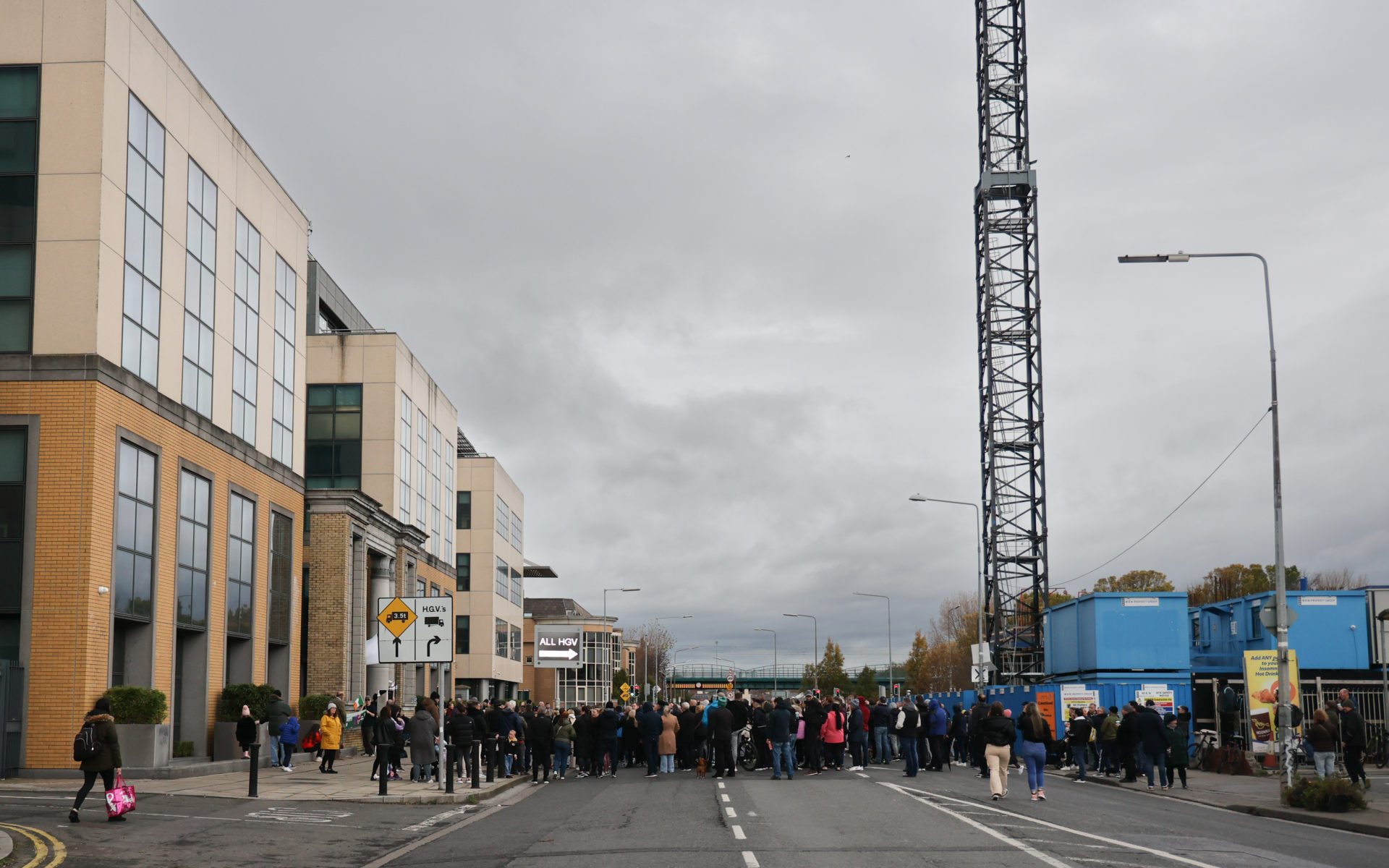 A crowd of people gathered outside the former ESB offices on East Wall Road in Dublin to protests against the housing of refugees in the building. Picture by: Sam Boal / RollingNews.ie

Keith said some previous protests had been hijacked, but "now we're making a concerted effort to move away from the right-wing elements and to bring it back under our control."

"There's been a void left by Government," he said.

"None of the TDs have engaged properly with the community, they've engaged with small groups", he said.

"I think they see our issues, but they won't even come to the residents".

'Not a true reflection'

He said commentary around the protests is "not really a true reflection of the area."

"This coming Saturday we have the community Christmas tree getting lit... that community is made up of diverse people from all backgrounds," he said.

"We have a Polish supermarket, we have Mohammad - who's our Lord Mayor - who's Muslim.

"Our local fast-food outlet is from Eastern Europe as well.

"So you can't say that East Wall is racist, it's not," he added.

Main image: A crowd of people with an Irish Tricolour gather outside the former ESB offices on East Wall Road in Dublin to protests against the housing of refugees in the building. Picture by: Sam Boal / RollingNews.ie