The Government’s promise to engage with the people of East Wall about the use of old ESB buildi...

The Government’s promise to engage with the people of East Wall about the use of old ESB building for asylum seekers is “too little, too late,” according to Peadar Tóibín.

Protests in the Dublin community were suspended yesterday with the Minister for Integration Roderic O’Gorman due to meet with residents on Friday.

Minister O’Gorman has also promised to send leaflets to homes in the area, explaining what is happening with the building.

On Newstalk Breakfast this morning, Áontu’s Peadar Tóibín said the consultation should have happened before anyone was moved in.

“The lack of consultation is a major challenge to local communities,” he said.

“Roderic O’Gorman said, for example, he was going to leaflet East Wall and let people know what’s happening but you know, that is too little too late.”

Protesters in East Wall, Dublin have blocked the road outside the old ESB building.

The former office building is being used to provide emergency accommodation for 380 men, women and children @NewstalkFM pic.twitter.com/U6RMUUdk6C

He said Irish people want to be generous to people seeking asylum here.

“They want to be the good Samaritan in terms of helping people fleeing from war,” he said. “I think that’s the instinct of most people.

“But consultation is a normal thing in Irish society. We consult when it comes to the erection of wind turbines or pylons or even hotels and office blocks.” 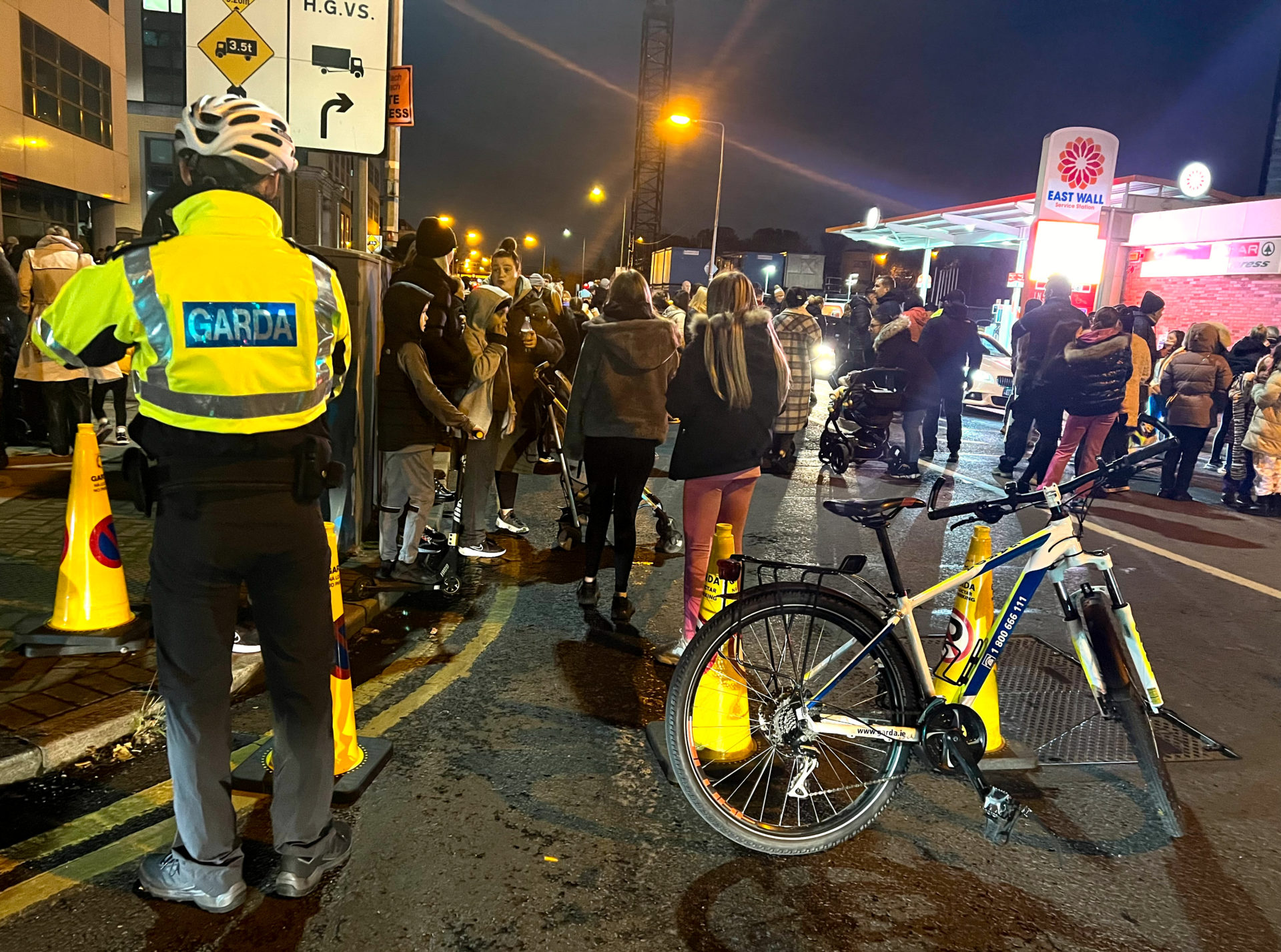 Gardaí along Dublin's East Wall, as protesters demonstrate against the use of an old ESB building for asylum seekers, 22-11-2022. Image: Leah Farrell/RollingNews

The former office building will house up to 380 men, women and children who arrived in Ireland seeking international protection.

The residents will be housed over five floors – with families and single people kept separate with access-controlled entrances.

The Department has said it will be providing more information to the community in the coming days – but insisted that the “sheer scale of the present crisis” means buildings must be repurposed faster than would normally be the case.

Deputy Tóibín said the failure to communicate was leading to misinformation – and potentially letting racist elements take control of the narrative.

“I have no doubt that on the edges of what is happening in certain places across the country, we do have certain racist organisations looking to make political capital out of this,” he said.

“What I am saying is that, if we don’t have a grown-up, adult, mature conversation about what is happening in our own communities in relation to this, we are leaving the debate to those people.”

It comes after an expert group report warned that generally positive attitudes towards asylum seekers and Ukrainian refugees could change if the housing crisis is not addressed and the economy worsens.

The Catherine Day report highlights the potential for an increase in racist tensions and confrontation – and urges the Government to build six reception centres on State-owned land by the end of next year, each of which could house up to 750 people.

He said that only 10 of 500 vacant buildings identified by Government have been put to use, and only one of 29 buildings specifically purchased to house refugees is currently operational.

He also noted that the Government has failed to deliver any modular homes – after promising it would deliver 500 by October.