Bookshop Eason's is selling its O'Connell Street store in Dublin. The company has put the iconic ...

Bookshop Eason's is selling its O'Connell Street store in Dublin.

The company has put the iconic building on the market for offers over €24.5m.

As part of the sale, the property will have a 25-year lease to Eason - meaning the new owner will rent the premises back to the bookshop.

The lease will also have a tenant break option in the 10th year.

Eason says the sale is part of an ongoing property disposal programme, which was announced last year.

The firm can trace its history on O'Connell Street as far back as 1886 - when Charles Eason acquired the store from WH Smith, where he was a manager at the time.

Charles went on to establish one of Ireland's most well-known businesses. 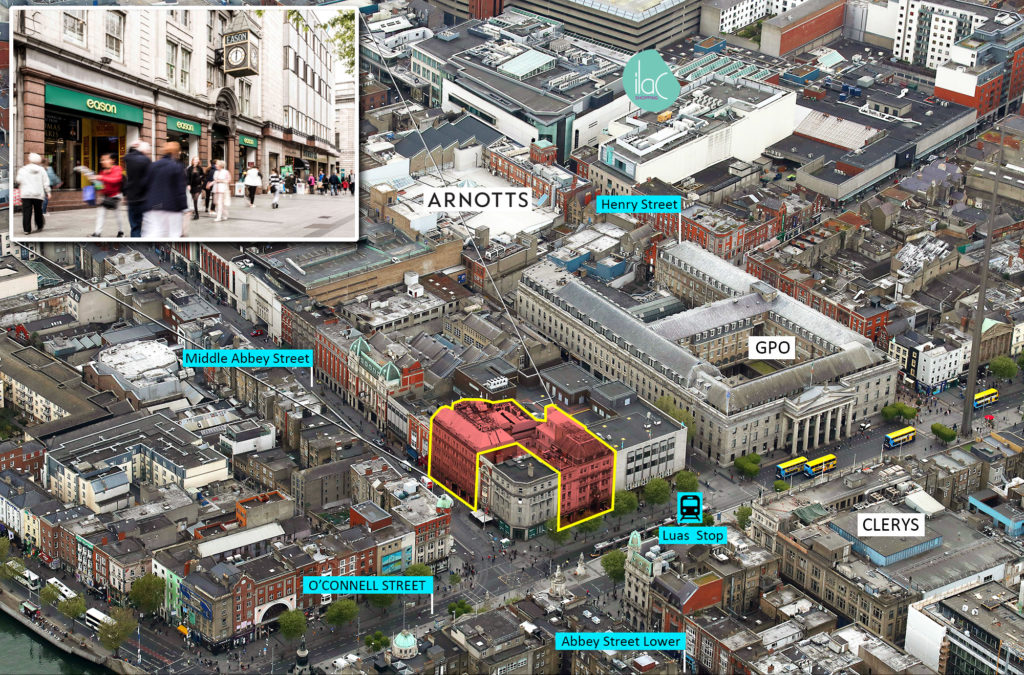 An aerial view showing the location of Eason's on O'Connell Street | Image: Supplied

Like many of the buildings on O'Connell Street, the building took significant damage in the 1916 Rising, while occupied by rebels.

It was also one of the first buildings in Dublin to use this form of construction.

The building is currently accessed from both O'Connell Street and Abbey Street and is made up of almost 61,630 sq.ft. over seven storeys.

The building is positioned at the intersections of the Luas Red and Green Lines.