More than €5.6m was returned to the Exchequer last year through the Criminal Assets Bureau (CAB...

More than €5.6m was returned to the Exchequer last year through the Criminal Assets Bureau (CAB).

Its annual report also shows it brought 30 new proceedings before the High Court - the highest number in a single year since it was set up.

Of the over €5.6m seized as a result of CAB actions, over €2.272m was returned under Proceeds of Crime legislation, €3.097m collected under Revenue legislation and €0.323m recovered in Social Welfare overpayments.

While more than €8.393m of assets were frozen during the year under section 2 of the Proceeds of Crime Act.

He says: "I am particularly pleased to hear about the continuing expansion and development of the Divisional Asset Profiler Network, which now includes some 378 trained profilers throughout the State.

"These are key local level personnel who support the development and progress of investigations." 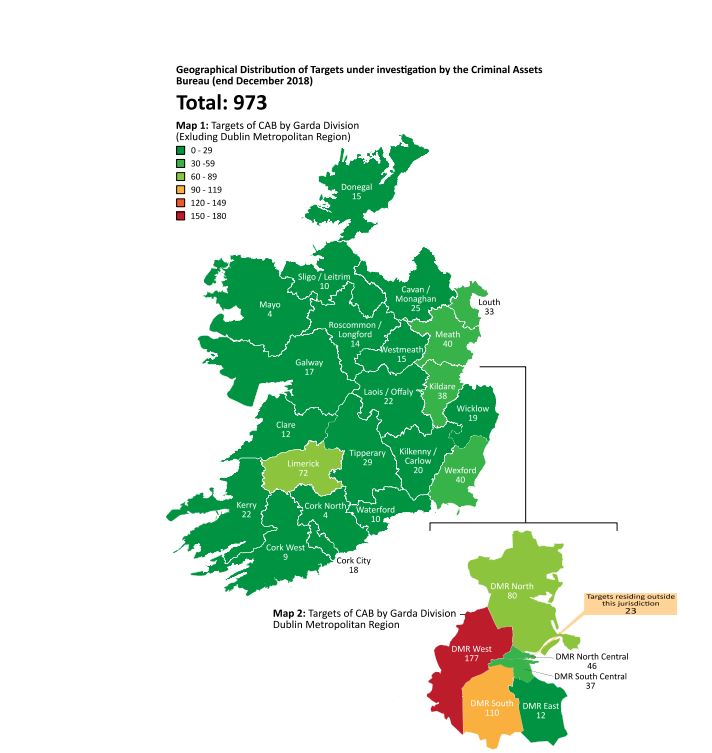 "The Criminal Assets Bureau's 2018 Annual Report evidences the hard work and dedication of all of the staff and agencies involved in CAB and I would like to thank them for their ongoing efforts and determination to deprive people of the benefits of their criminal activity."

The bureau targets assets which are from or suspected to be from criminal conduct.

Asset profilers, trained by the CAB, provide a profiling service in each Garda division of suspects operating within their area - with particular reference to those involved in drug dealing and serious criminal activity.

The number of trained profilers stands at 353, plus 25 Revenue Customs and Social Protection profilers.