The DUP says it is not acceptable that people in the North can no longer order certain goods from Britain.

The party is calling for the Northern Ireland Protocol, which is causing trading problems, to be scrapped.

It will be debated in the House of Commons later this month after a petition by the DUP gathered over 100,000 signatures.

However, British and EU Brexit negotiators said on Thursday they are fully committed to the Protocol.

DUP MP Jeffrey Donaldson told On the Record with Gavan Reilly that the agreement is not fit for purpose.

He described the Protocol as "a blunt instrument" designed to deal with trade and protect the EU Single Market.

"What is happening at the moment, for example, is people living in my constituency who want to order seeds to plant in their garden this spring, who want to order spare parts for a tractor on their farm, who want to order component parts that are essential, are finding it almost impossible to access these goods and products from their traditional suppliers in Great Britain," he said.

"This is because of the requirement in some cases for checks and declarations, in other cases, the Protocol completely prohibits the sale of those seed products between Great Britain and Northern Ireland.

This concerns people in the North who are finding it difficult to purchase the items they would usually get from Britain itself.

"Britain is by far our biggest market, before January 1st, 70% of the goods that flowed into and out of Northern Ireland came to and from Britain," Mr Donaldson said.

"Now we can see 40% of the trucks returning to Northern Ireland are empty.

"So there has been a very significant impact by this Protocol in terms of trade within the UK between Great Britain and Northern Ireland." 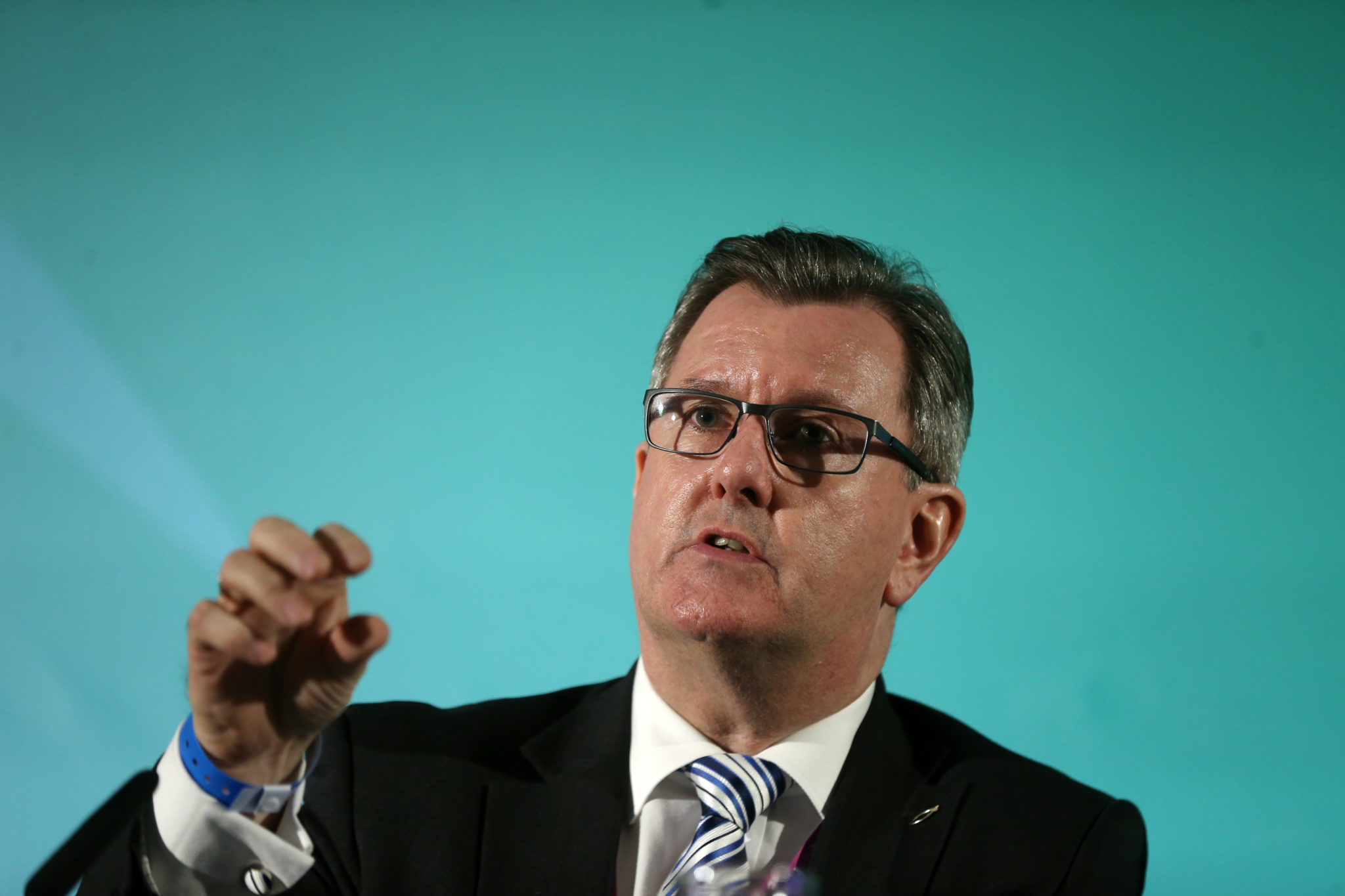 The Protocol takes a "scattergun approach" as it impacts consumers and businesses in the North who are not trading with the EU.

"My constituent wanting to plant seeds in her garden, there's no threat to the EU Single Market from that," Mr Donaldson added.

"I wish someone from the Irish Government would explain to me why my constituent who wants to plant daffodils in her front garden in Northern Ireland presents a threat to the EU Single Market, why she can't purchase those daffodil bulbs or the seeds she wants for her garden for her own personal use without those things actually being prohibited."

Coveney: DUP are 'offering problems but no solutions' to Northern Ireland Protocol

'A lot of trickery going on' towards a united Ireland