Fire-fighters with the Dublin Fire Brigade are dealing with several incidents. Members from North...

Fire-fighters with the Dublin Fire Brigade are dealing with several incidents.

Members from North Strand fire station responded to two cars on fire in Darndale off the R139, where crews encountered anti-social behaviour.

Firefighters from North Strand fire station at 2 cars on fire in Darndale off the R139. Our crews have finished on scene after they encountered anti social behaviour #Dublin #fire #DFBLive #Halloween #halloween2019 pic.twitter.com/Ja2LVP8aqF

While earlier, a crew from Kilbarrack was dispatched to a car driven onto a bonfire in Coolock.

They also responded to reports of two derelict houses set alight in Cherry Orchard and Tallaght.

And fire-fighters from Tara Street were called out to a bin store on fire in the city centre.

The crews then encountered anti-social behaviour involving rocks and fireworks.

People are being asked to call 999 or 112 to report a bonfire which they believe to be dangerous. 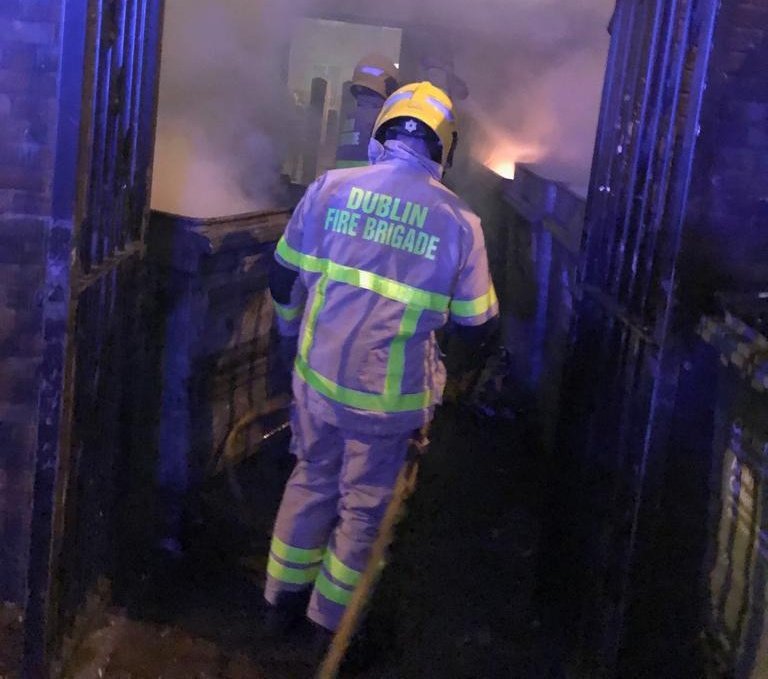 "We will assess each fire reported to us. Action may not be taken if the bonfire poses no danger", they say.

The brigade is also reporting fires and incidents in realtime.