Long queues at Dublin Airport are pushing it towards the “bottom rung of international airports”.

Long queues at Dublin Airport are pushing it towards the “bottom rung of international airports”, according to businessman Declan Ganley.

Passengers were left furious once again over the weekend with queues at security reportedly lasting up to two hours.

He said he was queuing for around 70 minutes to get through security, noting that the queues in Terminal 2 stretched out of the building and into the car rental area.

Airport operator DAA has insisted the queues were less than an hour over the weekend, even at peak times.

On The Hard Shoulder this evening, businessman Declan Ganley said the situation could end up putting people off visiting Ireland.

“When it is functioning the way it is, it gives a very bad impression, especially when people are trying to leave,” he said.

“I have to say the arrivals experience is OK but the departures, particularly around sort of busy times, transatlantic flights etc, is a disaster and it puts itself on the bottom rung of international airports.

“It is not somewhere people would want to hub through and it is the sort of airport that is getting a reputation as a place to avoid – which is not a reputation you want to be getting for yourself when you’re running an international airport.”

Even more insane queues trying to fly out of Dublin. Important to say though, @DublinAirport, you should be on your knees, thanking your staff for the patience and charm with which they are handling this mess you’ve put them in.

He said the airport is building a “very, very bad reputation” that will discourage people from wanting to do business in Ireland.

“The thing is Ireland has a fantastic reputation and it has been and is a place that people want to go,” he said.

“So, if you say to people, let’s meet in Ireland; let’s do a meeting Galway or Dublin, they generally would like to do that – but the airport experience, for somebody that has got a very busy schedule, they don’t want to be spending hours and hours going through airports.

“I know this is a first-world problem and I know it is a problem for the privileged and everything else but you do need operators like that wanting to come to Ireland and spend time here and getting exposed to it because this is what leads to positive decisions being made in terms of where to place investments and where to place jobs etc.”

Even more insane queues trying to fly out of Dublin. Important to say though, @DublinAirport, you should be on your knees, thanking your staff for the patience and charm with which they are handling this mess you’ve put them in.

Mr Ganley said more transatlantic flights should be moved to Cork and Shannon airports to take some of the burden off Dublin.

He warned that unless the flight roster is improved on the west coast, both airports are in danger of losing their US Pre-clearance infrastructure.

“If we’re not using those we’re going to lose them,” he said. “The US Department of Homeland Security will not continue to fund immigration in Shannon if it is not being used.

“You used to be able to go wheels up in Shannon at 9am on a weekday morning and be in New York City by lunch on Monday afternoon. You could leave on Friday evening and you would be back home on your doorstep at 8am or 9am on Saturday morning. 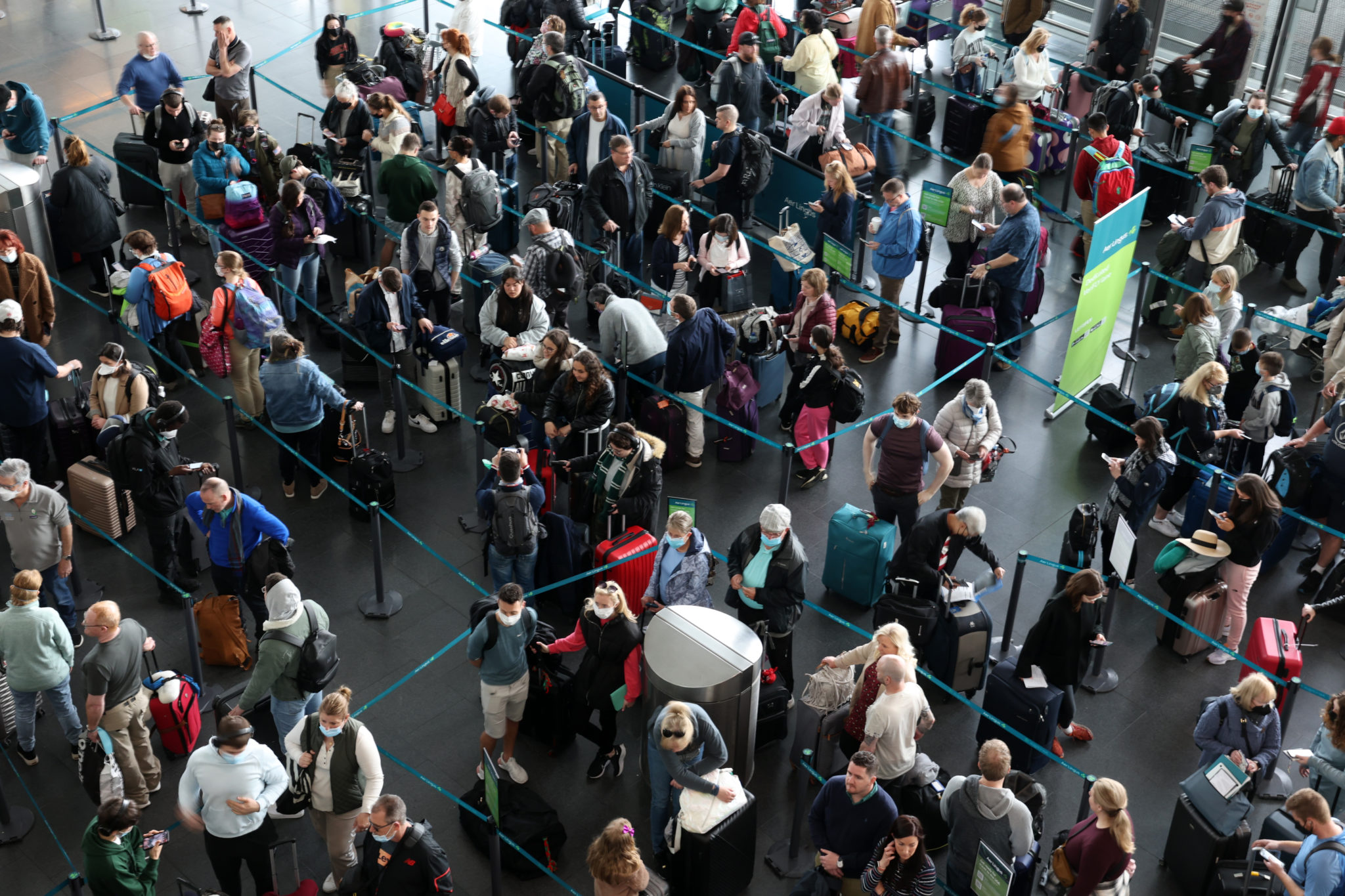 He said airlines can’t be forced to fly out of Shannon – but insisted government should be doing everything it can to ‘incentivise, cajole and encourage’ them to do so.

“Dublin can’t cope and that’s adding to Dublin Airport’s woes,” he said. “Let’s start to use the airports we have elsewhere in the country and restore Shannon to something like the status it used to have and start using it.

“Otherwise, we’re going lose US immigration there and once we lose it in Shannon we’re never going to get it back.”