Guns and drugs, worth an estimated €48,000, have been seized in Co Wicklow.

Gardaí say this is part of ongoing investigations targeting people suspected to be involved in an organised crime group.

Four people were also arrested as part of the operation on Wednesday.

A man (26) and woman (23) are being detained under Section 30 of the Offences Against the State Act.

Another man (30) and woman (25) are being held under Section 2 of the Criminal Justice Act. 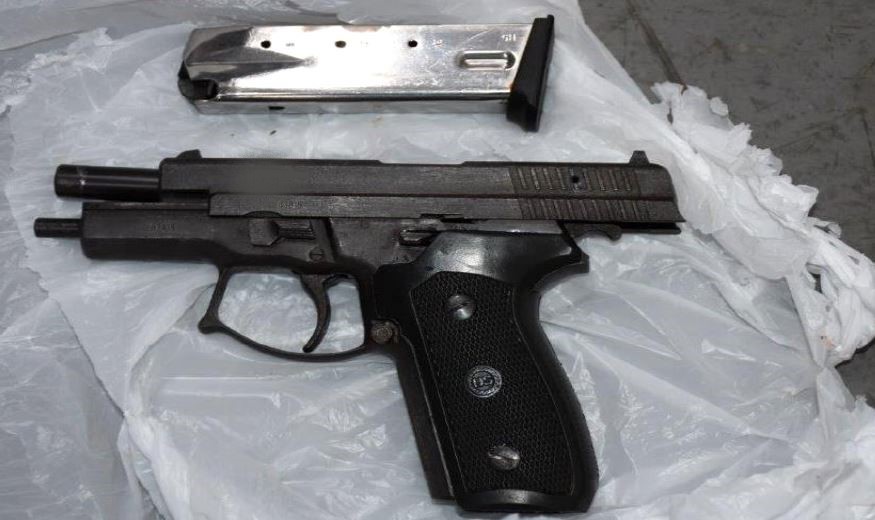 Some of the firearms seized. Picture by: An Garda Síochána

They are being detained at Bray and Wicklow Garda stations.

The joint operation was carried out by personnel attached to the Revenue Customs Service, the Garda National Drugs and Organised Crime Bureau (GNDOCB) and the Wicklow Divisional Drugs Unit.

Some of the firearms seized. Picture by: An Garda Síochána

A premises was searched and drugs - MDMA, Ketamine and LSD - with an estimated street value of €48,000 were recovered and seized.

A follow-up search of a vehicle saw the recovery of four guns - a Sten machine gun and three semi-automatic pistols - two of which were loaded.

A silencer and a quantity of ammunition were also seized.

Main image: Some of the firearms seized. Picture by: An Garda Síochána