The Finance Minister Paschal Donohoe has said he believes embattled Fine Gael by-election candidate Verona Murphy will be a candidate in the country's next general election.

Ms Murphy has apologised for comments about asylum seekers, after saying ISIS has already manipulated children as young as four.

She previously said some asylum seekers would need to be "de-programmed" before coming to Ireland.

The Immigrant Council of Ireland on Tuesday claimed the "apology and the whole situation is very, very outrageous".

Taoiseach Leo Varadkar has stood by Ms Murphy - and said he will be campaigning with her: "Verona's a very out-spoken , very independent person - she's not going to be the kind of person who tows the party line.

"I think on some occasions she's got it absolutely wrong.

"But she is the selected candidate and I will certainly be campaigning with her before polling day and I have done since."

Justice Minister Charlie Flanagan said Ms Murphy's comments were unacceptable and moved to distance himself from them.

He told the Dáil on Wednesday: "I want to categorically dissociate myself from comments made by Ms Verona Murphy, our own party candidate in Wexford.

"I believe it's incumbent on all of us to ensure that unacceptable commentary is treated as such." 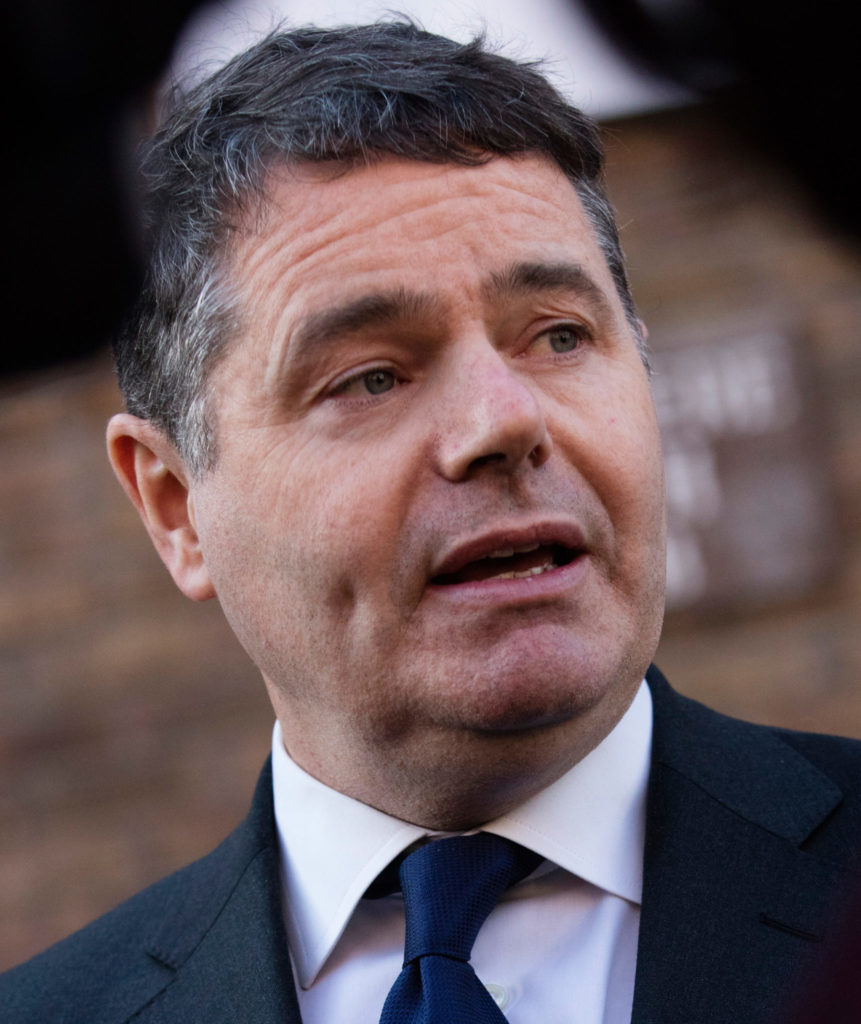 Finance Minister Paschal Donohoe speaking to the media at an event in Dublin | Image: Eamonn Farrell/RollingNews.ie

Speaking to The Hard Shoulder on Wednesday, Minister Donohoe said: "In relation to Verona... I completely disagree with them.

"I have a very, very different view in relation to those matters that she raised, and they are the views of my party".

"And in my own experience of dealing with these matters - both as minister and elsewhere - those souls that come to our country fleeing what has happened in the Middle East, which as you know is a very small number of the total number of people that are coming to Ireland, are trying to get away from ISIS".

But Mr Donohoe said Ms Murphy is likely to be a candidate in the country's next general election.

"I believe that she will be a general election candidate for Fine Gael - and the reason why I'm saying this is because it's not about rhetoric, it's about the action and the engagement... that the Taoiseach and the Minister for Justice had with her.

"That's not rhetoric, that's action that they took.

"And what she said afterwards, I have accepted."

He also said that her life experience and achievements give her "the potential to be a very formidable TD in the future".