Ireland beat other countries to the top spot like Spain, the Netherlands, Iceland and Finland

Ireland has been named the friendliest country in Europe by readers of Condé Nast.

The Emerald Isle clinched the top spot, beating other countries like Spain, the Netherlands, Iceland and Finland.

Our nearest neighbour, Britain, did not feature on the list.

Condé Nast Traveller said: "Countless global reports have continually dubbed the people of Ireland as some of the friendliest and most welcoming to visitors in the world, and our readers feel the same.

"Of course, the breweries and lively atmosphere of Dublin are a must, but there are plenty of more natural discoveries to be made here for those willing to venture a little further." 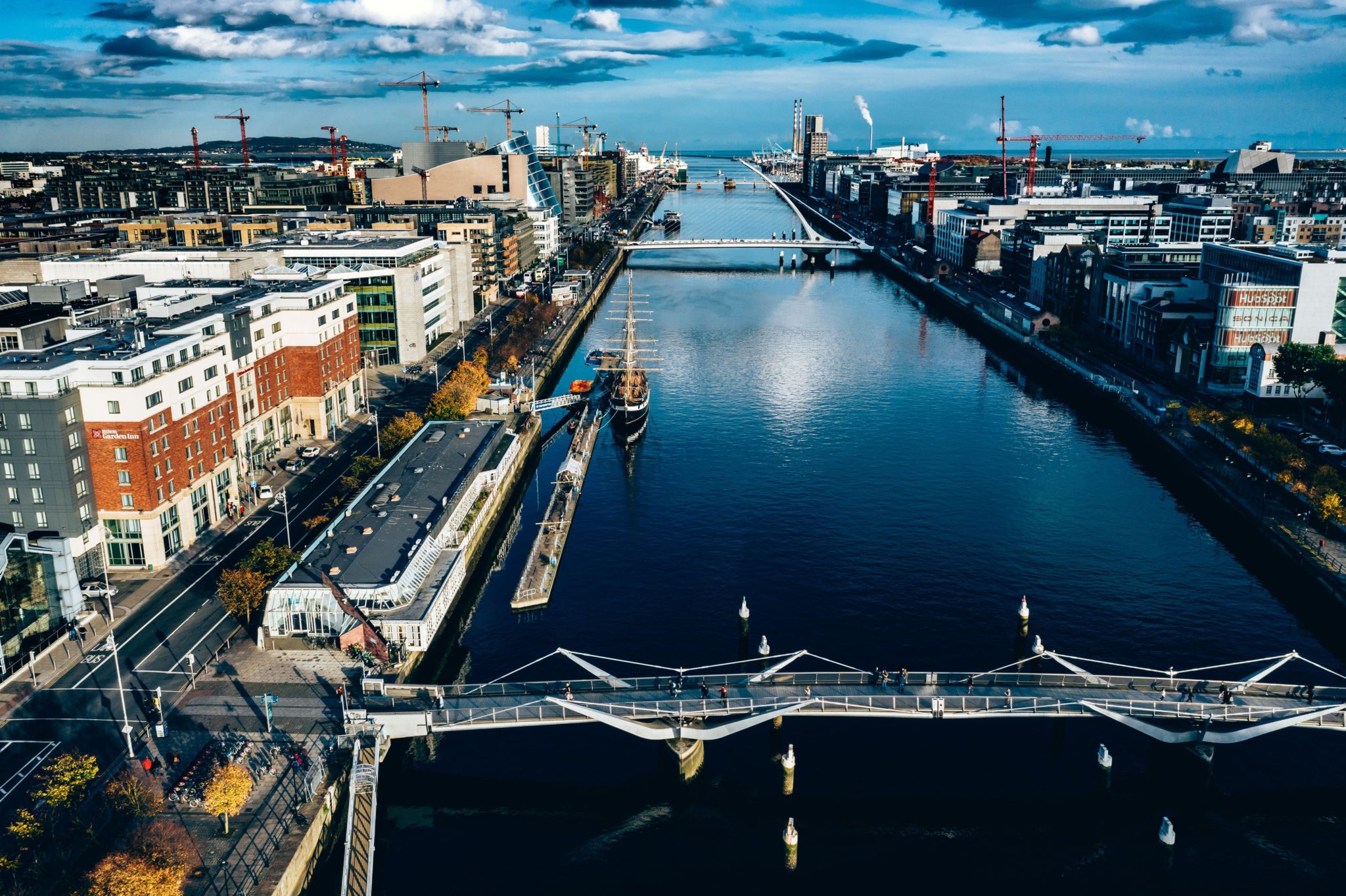 An aerial view of Dublin city over the River Liffey in October 2019. Picture by: Lucian Petronel Potlog / Alamy Stock Photo

It cited the Giant's Causeway, Cliffs of Moher and the Aran Islands as some of our top spots.

Henry McKean went out on the streets of Dublin for The Hard Shoulder and asked people if they agreed.

One woman said: "If you're friendly to people they'll be friendly back, and I think Dublin is a friendly city."

One tourist from the US said people are very helpful.

"Dublin is amazing so far, I mean everyone that we met so far is really nice - very informative.

"We've been to a couple of places like the Dublin Castle, and somebody actually came up to us and actually told us some of its history.

"Northern California, where I'm from, we are pretty laid back and friendly - but if you're coming from LA, not so friendly."

Another man said he loves our vernacular.

"It's different than what I would have expected, the people have been really really good.

"The first time I've had a breakfast with beans, and I like beans... that was actually pretty cool, pretty different.

"Everybody's been accommodating, and everybody says 'For f***s sake', I love that s**t," he laughed.

One Brazilian man, who lives here, said he thinks we definitely deserve the title.

"I live here six years now, I'm from Brazil myself, I believe Ireland is definitely one of the friendliest countries.

"My family's Italian as well and I go to Italy very often.

"It's very similar, but here in Ireland it's a very welcoming nation in terms of accepting people from other countries.

"I would agree definitely that we are a very friendly nation," he added.

Live rent-free for a year on Inis Meáin