Members of the Defence Forces serving abroad have sent Christmas messages home for their families...

Members of the Defence Forces serving abroad have sent Christmas messages home for their families.

The Defence Forces has the longest unbroken record of overseas service with the United Nations of any country in the world - since first deploying to a UN mission in 1958.

In 2019, Defence Forces personnel served overseas on missions with the United Nations, NATO PfP (Partnership for Peace), EU and OSCE Peace Support and Security Operations across 14 missions in 13 countries. 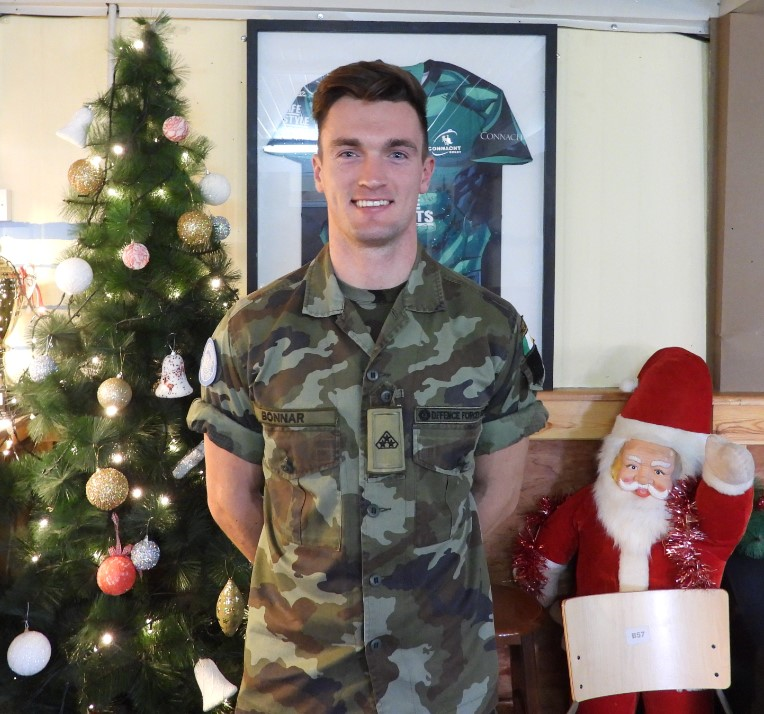 Serving in UNIFIL Pte Cillian Bonnar from Boatstrand, Dunhill in Co Waterford: "This is my first Christmas away from home serving in Lebanon with Defence Forces Ireland and the United Nations. Happy Christmas to everyone at home especially to Colm, Mairead, Saoirse and Aishling"

The largest Defence Forces deployment is in South Lebanon with UNIFIL, where over 330 Irish personnel are deployed.

In November Ireland partnered with Poland on this mission, enhancing and developing our interoperability. 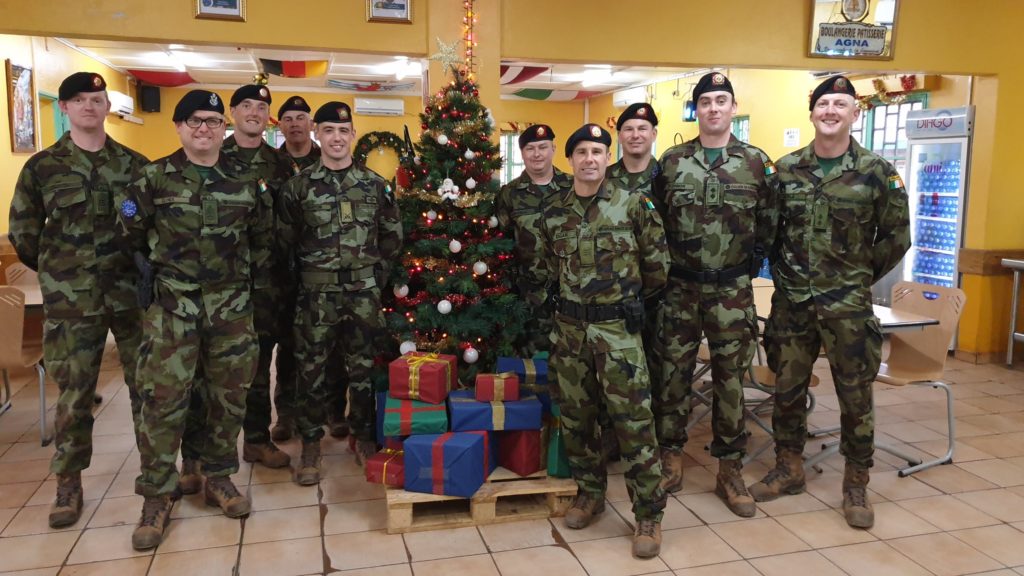 Defence Forces personnel in Mali. One staff officer is posted to the mission HQ in Bamako - the remainder are part of the mission training team who are deployed to the Koulikoro Training Camp approximately 100km east of the capital

Ireland currently has over 130 personnel deployed with the United Nations Disengagement Observer Force in the Golan Heights, Syria (UNDOF). 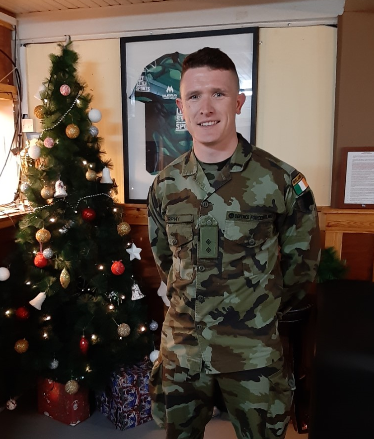 Lieutenant Paul Murphy from Danesfort, Co Kilkenny serving in Lebanon: "Happy Christmas to my mother Marian, Katie, Nadun, my niece and nephew Ella and Hugo and my fiancé Eadaoin. Also, happy Christmas to everyone at Danesfort GAA. See you all in the New Year!"

Brigadier General Maureen O'Brien took up the appointment of deputy force commander of UNDOF in September.

The Defence Forces commenced its first deployment to the United Nations Multidimensional Integrated Stabilisation Mission in Mali (MINUSMA) in September. 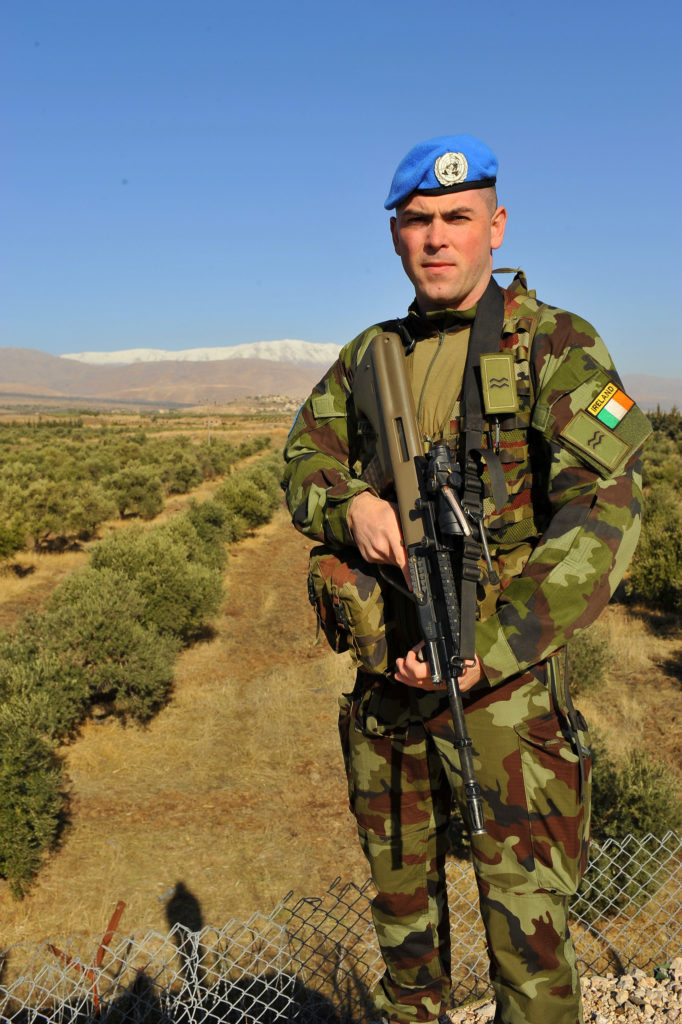 Corporal Michael Byrne from Celbridge, Co Kildare serving in the Golan Heights "I want to wish all my family and friends back home a happy Christmas. And to my kids Jacob and Sofia, daddy loves and misses you I will see you soon."

This deployment will continue for a two year period. 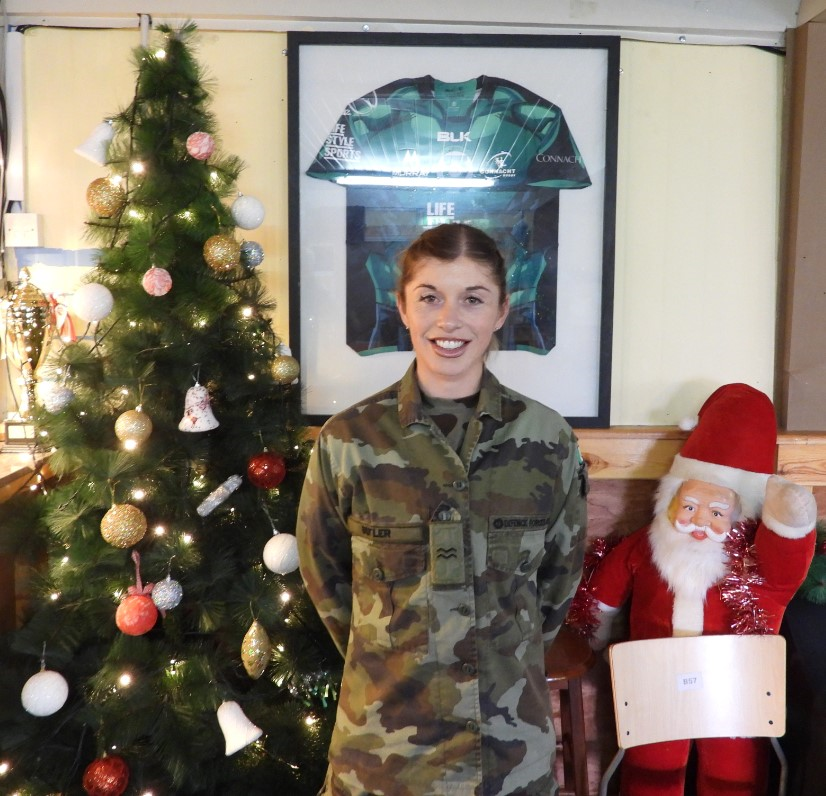 Cpl Leanne Butler serving in UNIFIL: "I just want to wish all my family, my friends, the gym crew, my running friends, the crew back in Stephens Barracks, Kilkenny and anyone else that I know in Kilkenny, Ireland & Abroad a very Happy and Festive Christmas & New Year."

This mission's objective is to disrupt organised criminal networks involved in illicit activities - including smuggling of migrants, human trafficking and terrorism.

During 2019, the Defence Forces deployed one ordnance officer, on three occasions, as a member of the Joint Technical Group on Disarmament, Demobilisation and Reintegration (JTGDDR) to Mozambique.

And in August 10 personnel were deployed as part of the Force HQ Staff with the EU Battlegroup (EUBG) 2020 to Stadtallendorf, Germany.

See all the messages here