Last night, the council confirmed that this weekend would bring the traffic-tree trial in the area to an end.

The announcement sparked fierce criticism online with calls for the current system to continue into the Autumn.

In a statement this morning, the council said the trial was always due to finish at the end of August – but said it would “engage with stakeholders and elected members” to see if the traffic-free streets “can be or should be continued and for how long.”

'The idea that we go back is mad!'

Mark Cagney and Shane Coleman don't want to see the end of the pedestrianisation trial on Capel Street and Parliament Street.@NTBreakfast pic.twitter.com/1eVgLrVeUh

South West Inner City Councillor Michael Pidgeon told Newstalk that the trial should now be extended while a more permanent plan is drawn up.

“We knew that the end of the trial was coming but I think it has crept up on us quite quickly,” he said.

“It has been such an obvious success - particularly on Parliament Street; it has done really, really well there with no problems - and I think it is time really just to extend the trial once more and at the same time start looking at the long-term to see what we want to do permanently on the street.” 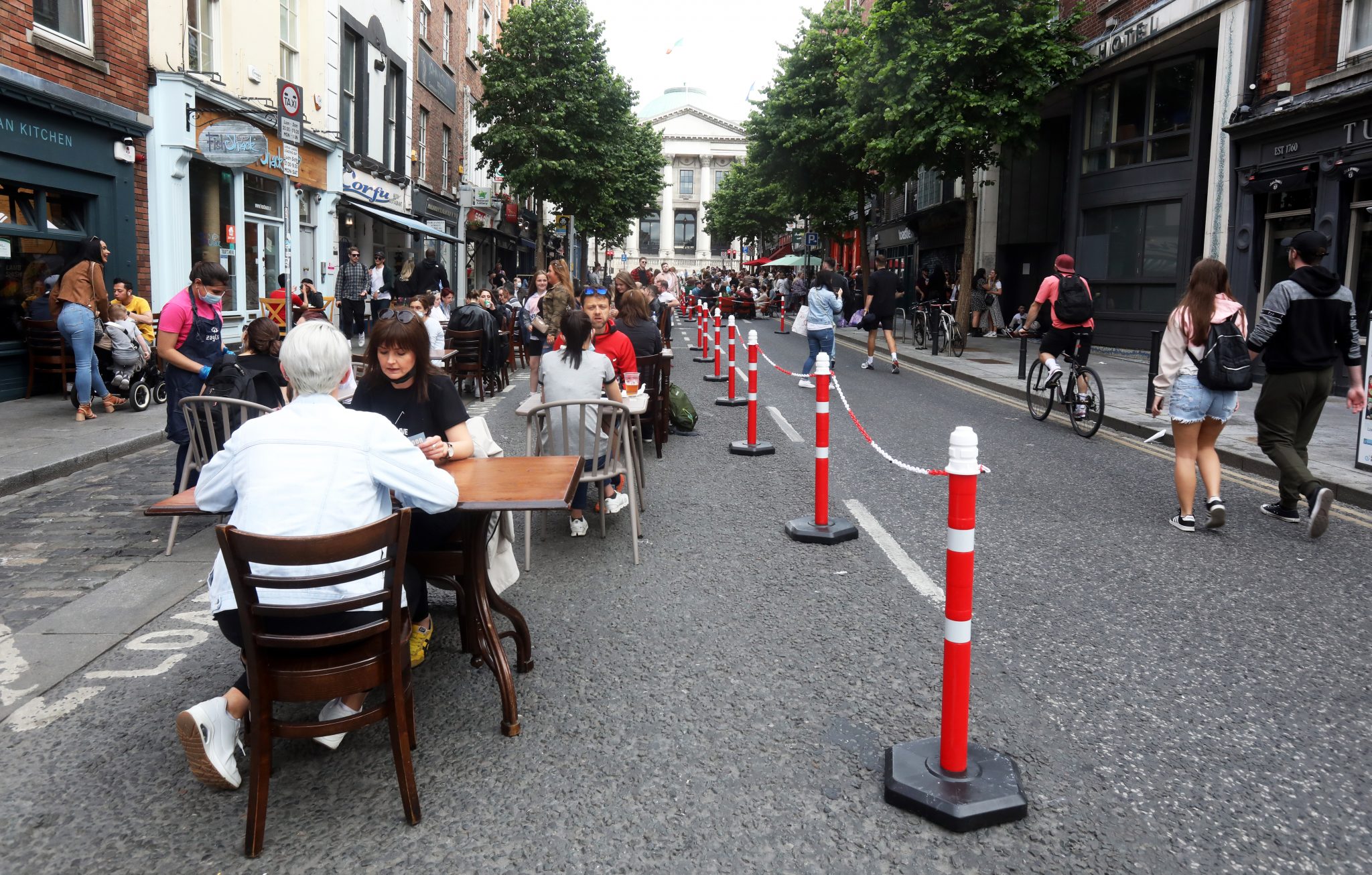 He said the numbers of people who enjoyed the streets while they were traffic-free highlights the need to continue it.

“I think they need to extend the trial and at the same time we need to be looking at evaluating what has worked, what hasn’t and getting some form of permanent scheme in place.

“To me, it has been a huge success. There are definitely things we could tweak and improve on but the trial has worked and it has worked for businesses on the street and I think it is definitely something we should be pushing on with.”

Over the last 11 weeks, more than 300,000 people have experienced the traffic-free streets of Capel St & Parliament St. This weekend is the final scheduled weekend so be sure to check it out! #Dublin #CityRecovery #Pedestrianisation pic.twitter.com/SxRtCYXr2E

In a statement DCC said the areas of Capel Street that were pedestrianised on a 24-hour basis will remain traffic-free moving forward as will the build-outs that were installed for outdoor dining.

It said last night’s announcement was just to remind people that the weekend part of the trial was coming to an end as scheduled.

“If there is a desire to continue the traffic free weekends then DCC will engage with the necessary stakeholders and elected members to determine if this is something which can be or should be continued and for how long,” it said.