A further 5,750 PCR-confirmed COVID cases have been announced this evening.

A further 5,750 PCR-confirmed COVID cases have been announced this evening.

This morning, there were 1,472 patients with COVID in Irish hospitals – down 63 on yesterday.

There were 59 in ICU, which is one fewer than yesterday but four more than last week. 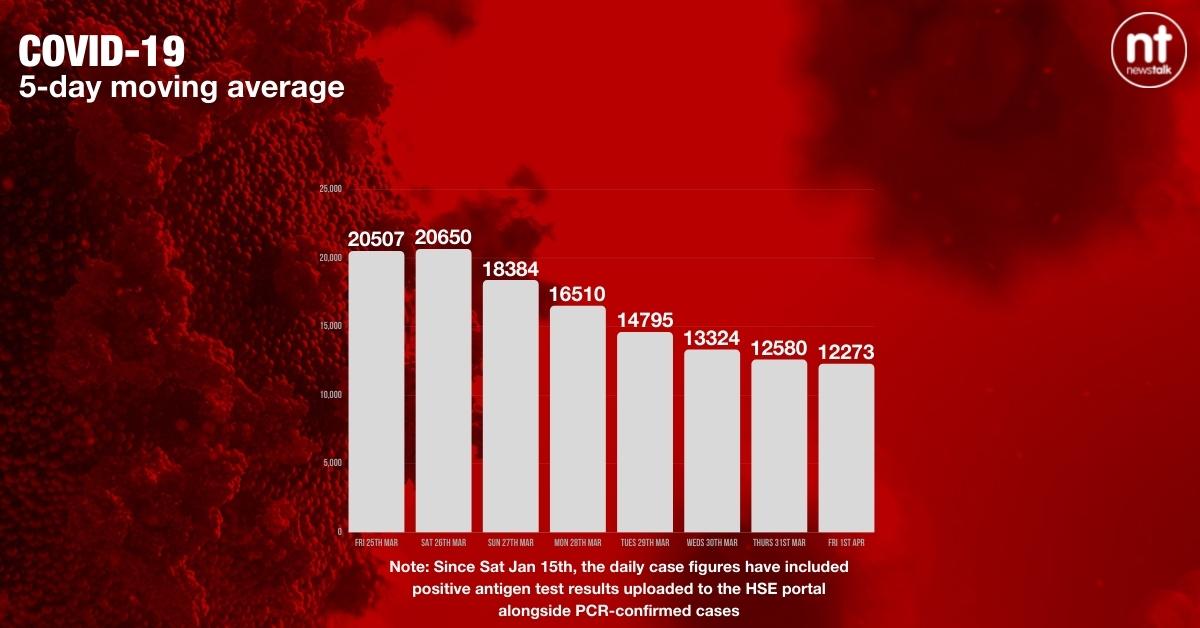 Since PCR testing was restricted for the under-40s in mid-January, the National Public health Emergency Team (NPHET) has reported positive antigen test results uploaded to the HSE portal alongside PCR-confirmed results.

When both are included, the five-day moving average is now 12,273.

It comes as the Health Minister suggested nearly 60% of the patients with COVID in hospital are unboosted.

He told The Hard Shoulder the Government did not consider extending the emergency COVID powers that lapsed last night – despite calls for the reintroduction of mandatory masks from doctors and nurses.

Earlier this week, the HSE Chief Clinical Officer Dr Colm Henry said around half the patients with COVID in hospital were admitted for other reasons.

He said half the patients who were admitted due to COVID were unboosted.

Here's how to upload a positive antigen test result online