The tensions around Russia and Ukraine represent "perhaps the biggest crisis Europe has seen in decades", Foreign Affairs Minister Simon Coveney has said.

Minister Coveney will meet with Ukraine's foreign minister tonight as part of the Munich Security Conference.

The growing tensions in eastern Europe will be one of the major topics of the conference, which brings together heads of state, ministers and prominent figures from media, academia and business.

Speaking ahead of the meeting, Minister Coveney said: “This is perhaps the biggest crisis that Europe has seen in decades.

“That is why there are so many people trying to find a way to defuse tension and - through intense diplomacy and clear deterrents - avoid war.”

British Prime Minister Boris Johnson is due to give a speech at the Munich conference later, where he'll make a call to avoid 'unnecessary bloodshed'.

US Vice President Kamala Harris and a bipartisan group of members of the US Congress will be among the others in attendance.

In the latest developments in the ongoing Ukraine crisis, US President Joe Biden said yesterday that he's 'convinced' Russia has decided on an invasion of Ukraine.

He claimed that US intelligence indicates that Vladimir Putin's already made his decision, and an attack could happen within days.

However, he stressed Russia "can still choose diplomacy" and that it's not too late to avoid conflict.

Moscow, meanwhile, has consistently denied it's planning an attack.

The Kremlin claims it has withdrawn some troops from Ukrainian border regions, although western officials have voiced doubts that any withdrawal has happened.

Mr Putin is today set to personally supervise exercises of Russia’s strategic nuclear missile forces, with the Kremlin saying these drills are no cause for alarm. 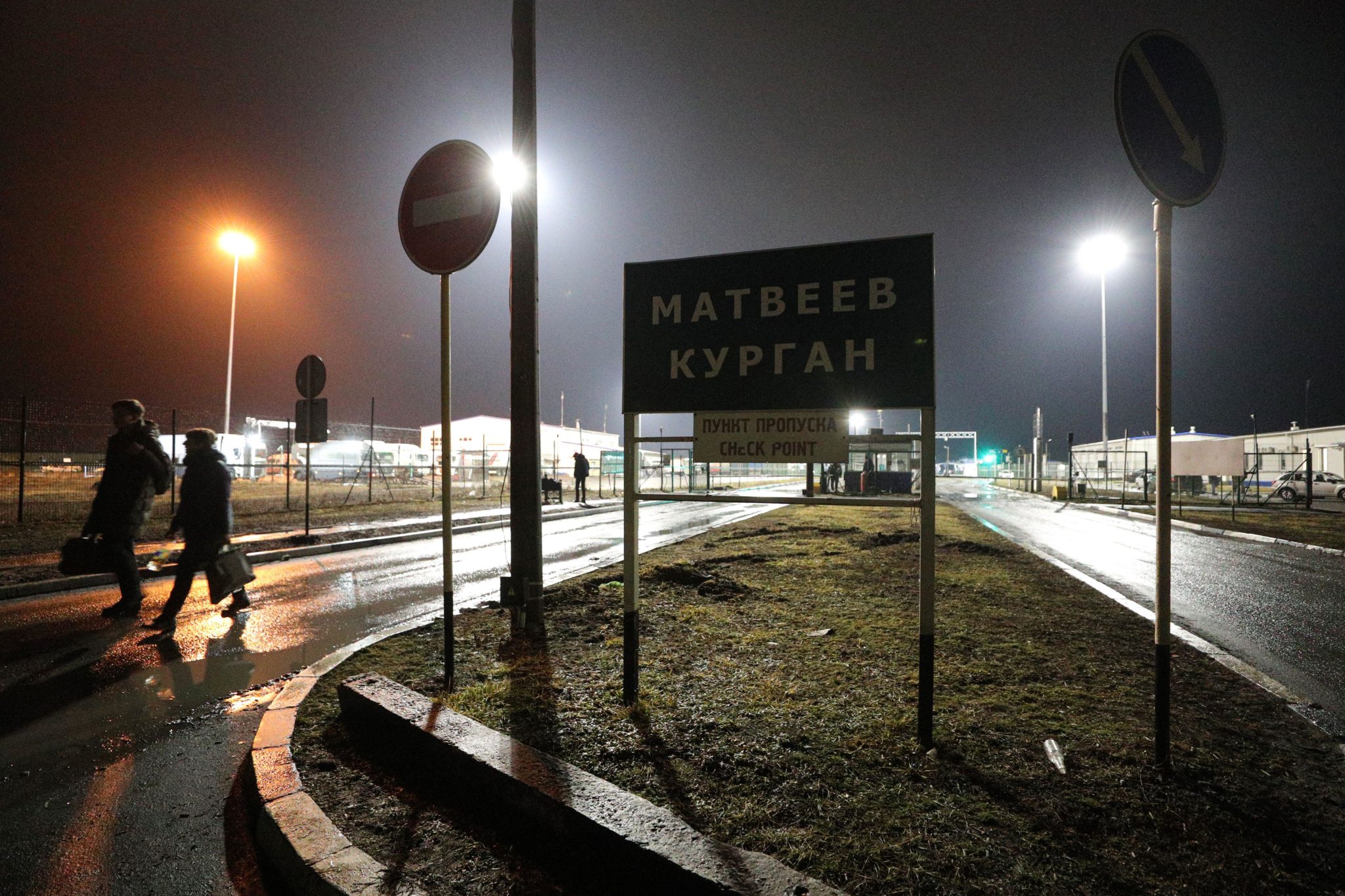 Evacuees from the Donetsk People's Republic arrive at the Matveyev Kurgan border crossing checkpoint in Matveyevo-Kurgansky District of Russia's Rostov-on-Don Region. Amid the escalating conflict in east Ukraine, on February 18, 2022, the heads of the separatist republics of Lugansk and Donetsk, Leonid Pasechnik and Denis Pushilin, announced a mass evacuation of residents to Russia. Credit: Erik Romanenko/TASS/Alamy Live News

Meanwhile, Russian-backed separatists in breakaway regions eastern Ukraine have announced they're evacuating civilians to Russia, amid claims from the West that such moves are aimed at giving Moscow a pretext for a full-on invasion.

There have also been growing reports of shelling incidents and ceasefire breaches in separatist and border regions such as Donbas.

In a speech yesterday, President Biden said: "Russia state media continues to make phony allegations of a genocide taking place in the Donbas and push fabricated claims warning about Ukraine’s attack on Russia without any evidence.

"That’s just what I’m sure Ukraine is thinking of doing - attacking Russia.

"All these are consistent with the playbook the Russians have used before: to set up a false justification to act against Ukraine."

Mr Biden said the US will not send troops in to fight in Ukraine, but the US "will continue to support the Ukrainian people" - pointing to $650 million provided to the country in security assistance.

The US and other western countries have warned of severe sanctions against Russia if an invasion of Ukraine does happen.

Mr Putin yesterday suggested western countries will find a reason to impose "illegitimate" sanctions on Russia, even if it's not directly linked with events in Ukraine.

"The goal is to slow down the development of Russia and Belarus," Mr Putin suggested during a press conference following talks with Belarusian leader Alexander Lukashenko.

'No change expected' to US gun laws after Texas shooting, strategist says