Tánaiste Simon Coveney has said a deal aimed at restoring power-sharing at Stormont will see the...

Tánaiste Simon Coveney has said a deal aimed at restoring power-sharing at Stormont will see the Irish language recognised in Northern Ireland for the first time in law.

The assembly there is being recalled after the Irish and British Governments tabled the 'New Decade, New Approach' deal on Thursday.

DUP leader Arlene Foster said the deal represents a "fair and balanced way" to restore power-sharing - but added that it was "not a perfect deal".

Sinn Féin's Ard Chomhairle is meeting on Friday to fully assess it.

Mr Coveney told Newstalk Breakfast there are several changes to make sure the devolved government can keep running.

"This is a deal that has come together after, effectively, two years of negotiation".

"It is the culmination really of the last nine months: you might remember nine months ago when Lyra McKee was murdered, the Governments reconvened serious talks to try and get Stormont back up and running again.

"And last night we published a deal that I hope can do that".

"It involves a reform of something called the Petition of Concern, which is there in the Good Friday Agreement to protect minorities in Northern Ireland.

"But it's been a tool in government in Northern Ireland that's been abused in the past, and we're trying to make sure that doesn't happen in the future".

"It deals with what's called sustainability of the institutions - in other words if it crashes, if one of the parties walk out of government, we need to ensure that there's enough time to ensure that it can be put back together again".

He says this means a caretaker government can survive for longer while problems are resolved.

Any such caretaker government would still have to have cross-community representation. 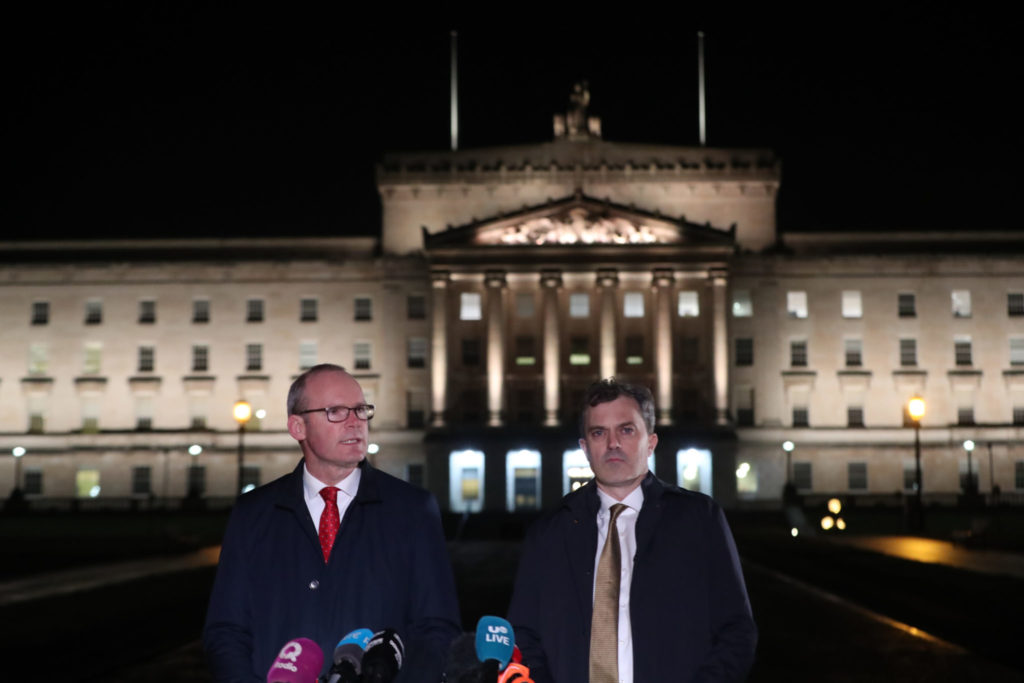 Mr Coveney said: "The most contentious area really is around rights, language and identity issues".

"That's really been the section that has taken the longest to put together".

As part of the deal, a new Office for Identity and Cultural Expression will be set up.

Sinn Féin had demanded a stand-alone Irish Language Act as a prerequisite of any deal to restore devolution.

The DUP expressed a willingness to legislate to protect the language, but only as part of broader culture laws which also include the Ulster-Scots tradition.

This new office would be alongside two commissioners: one to protect and enhance the Irish language, and another to develop Ulster Scots/Ulster British tradition.

Mr Coveney said it is a win for those passionate about the Irish language.

"It's part of a package of amending pieces of legislation to amend the Northern Ireland Act, but I think anyone who is passionate and serious about the Irish language will see that this is very serious response from a legislative point of view to legislate, to recognise officially Irish as a language in Northern Ireland for the first time in law".

However, signage is not part of the deal - but Mr Coveney said that would be a matter for the new Irish language commissioner.

He has called on all the parties to get this deal across the line.

"This is genuinely a five party deal - but I think there is a unique responsibility on Sinn Féin because they know, and the public knows, without Sinn Féin and the DUP you cannot have power-sharing and a functioning executive.

"So I hope that their Ard Chomhairle today will approve this deal".

Read the full text of the agreement here