How far away are we from seeing self-driving cars on Irish roads?  For many motoring enthusiasts...

How far away are we from seeing self-driving cars on Irish roads?

For many motoring enthusiasts it is an alluring prospect - promising huge improvements in safety and comfort.

While if you work as a driving instructor or a taxi driver it is something that hangs over your head like a sword of Damocles - threatening to automate your job and put you on the dole.

But whatever your view, it seems that self-driving cars won’t be on Irish roads for years - perhaps even decades. 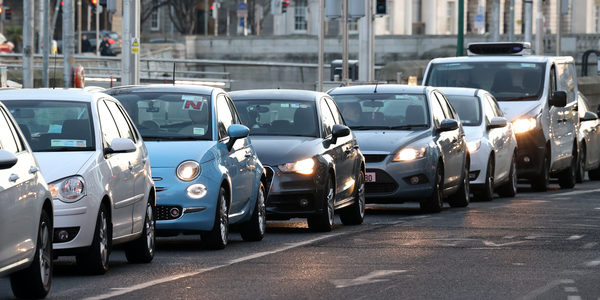 “There’s different concepts of self-driving. The actual definition of a self-driving car is a car that needs no human input,” explained motoring journalist Geraldine Herbert to The Anton Savage Show.

“We’re not even most of the way there so I think that’s the problem at the moment. What you have in Teslas is essentially advanced cruise control - that’s really what you’re looking at.

“The next generation which is what they’re talking about in the UK at the moment and… they have this new system of automated lane keeping systems that are going to be on some cars towards the end of the year.

“There’ll be mainly the really expensive ones - we won’t see them rolled out in any sort of mainstream models for a long time.

“And they’re essentially a robust combination of automatic lane keeping - which is on a lot of cars at the moment - and adaptive cruise control.

“So the two together will keep you in your lane. It’ll adjust the speed to the car in front of you.”

Currently, cruise control doesn’t know if the car in front slows down - you have to step in and adapt the speed levels depending on the circumstances.

“It’s still an assistive system though, you’re still supposed to be ready to take over the wheel if necessary,” she continued.

“I suppose the concern about it is that humans always push things to the limit and you just know that they’re going to get engrossed in that book or engrossed in that TV show or whatever and not be ready to take over,” she added.

“So when you’re relying on humans to take over there’s always a worry.”

Self-driving would work best on motorways where driving is relatively simple; there are few hazards and cars can go in a straight line for miles and miles.

But most Irish roads are not motorways; some are quiet boreens, while others are in towns or cities bustling with hazards such as pedestrians, cyclists and pet cats that don’t know how to use traffic lights.

How would a self-driving car cope in that kind of environment?

“The big technological challenge for proper self-driving cars that don’t involve humans are accurate sensors and cameras - you have to have them,” Ms Herbert added.

“And the second thing is you have to refine the algorithms that they take in the data captured by these sensors and cameras and actually intercept it correctly - and there’s huge issues with that around at the moment; if you’ve pot holes, if you’ve bad signage, if you’ve bad weather, if you have pedestrians that do strange things, if you have drivers that do odd things.

“So it still works at the moment only really on predictable situations.”

Register now for Movies and Booze with Moncrieff