One of the people diagnosed with coronavirus in the UK attended a conference in London last week,...

One of the people diagnosed with coronavirus in the UK attended a conference in London last week, along with about 250 other delegates.

The patient, who has not been named, attended the UK Bus Summit at the Queen Elizabeth II Centre in the British capital on February 6th.

The event was described as the "premier bus event covering all parts of the UK".

Speakers and attendees included "key decision makers in government from around the UK" as well as bus and coach industry representatives.

British Labour MP Alex Sobel revealed he was among the attendees of the summit, and is now self-isolating himself.

"Whilst I have been informed that I am at very low risk, I have called 111 to be formally assessed," he posted on Twitter.

"As a precaution, we have cancelled all engagements until next Thursday when the 14-day potential incubation period will end."

*Statement* As has been reported by @harry_horton I attended the UK bus summit on the 6th Feb, where there was an attendee who has tested positive for coronavirus. Whilst I have been informed that I am at very low risk, I have called 111 to be formally assessed.

She tweeted: "I'm feeling completely well but to be extra-cautious I'm cancelling my public engagements until 20th February. Sorry for any inconvenience."

8 days ago I spoke at the UK Bus Summit. This morning I received this advice from Public Health England. I’m feeling completely well but to be extra-cautious I’m cancelling my public engagements until 20th February. Sorry for any inconvenience. pic.twitter.com/Q9pGKXwh80

The summit was organised by Transport Times, which e-mailed attendees on Thursday to inform them that a person suffering from COVID-19 - the disease which is caused by the coronavirus - had been at the event.

The centre, billed as "the largest dedicated conference and exhibition space in central London" has a capacity of up to 2,500.

"While the degree of contact you may have had with the case at the summit is unlikely to have been significant, we are taking a precautionary approach and informing you," the letter said, as reported by the newspaper. 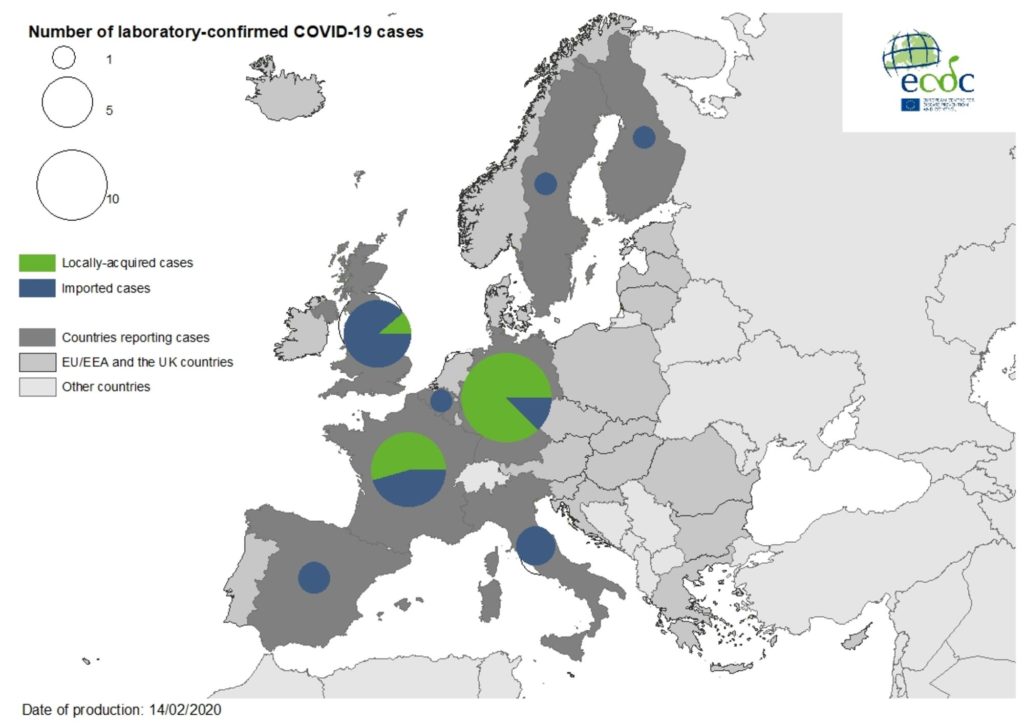 There is now a total of 64,456 suspected and confirmed cases of the virus worldwide.

More than 1,700 Chinese medical workers have been infected by the virus.

There are no confirmed cases of the virus in Ireland.

Elsewhere in Europe there are 16 cases in Germany, 11 in France, nine cases in the United Kingdom, three in Italy, two in Spain and one case each in Belgium, Finland and Sweden.

Vietnam is monitoring more than 5,000 Chinese workers - who returned to the country after the Lunar New Year holiday - for signs of coronavirus, state media reported.

The southeast Asian country, which neighbours China, declared a public health emergency over the epidemic at the beginning of the month and has banned all flights to and from China.

Sixteen people in Vietnam have tested positive for the virus.