More people have been killed by the new coronavirus than the 2003 SARS outbreak, according to lat...

More people have been killed by the new coronavirus than the 2003 SARS outbreak, according to latest figures.

A total of 813 people have died from this outbreak, compared to 774 killed by SARS, or Severe Acute Respiratory Syndrome.

Both are types of coronavirus which originated in China and virologists say they are genetically close.

The majority of deaths from the Wuhan coronavirus outbreak are concentrated in mainland China, although there has been one death in the Philippines and another in Hong Kong.

Outside of China, the virus has spread to 24 countries.

France announced on Saturday that it would close two schools in the Alps after five British citizens, including a nine-year-old child, were confirmed to have caught the disease at a French ski resort.

"This cluster of cases in France illustrates how the coronavirus can spread to countries indirectly of China," Dr Michael Head, senior research fellow in global health at the University of Southampton, said.

"The French ski resort will have citizens from numerous other countries there, so there are implications for potential onward transmission."

There are no confirmed cases in Ireland - although there have been tests on 15 suspected cases here.

More than 37,000 people have been infected by coronavirus around the world, almost all in China. 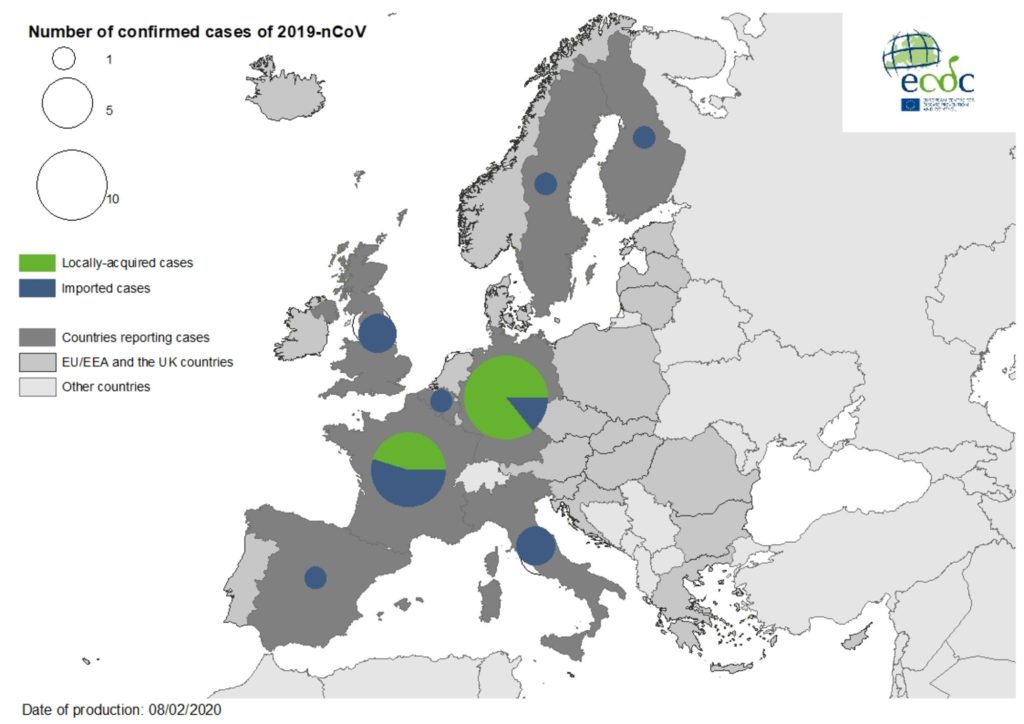 The fatality rate for SARS was 9.6%, while around 2% of those who contracted the Wuhan virus have died.

New infection cases on Saturday recorded the first drop since February 1st, falling back below 3,000 to 2,656 cases.

Joseph Eisenberg, professor of epidemiology at the School of Public Health at the University of Michigan, said it was too early to say whether the epidemic was peaking due to the uncertainty in the number of cases.

"Even if reported cases might be peaking, we don't know what is happening with unreported cases," he said. "This is especially an issue in some of the more rural areas."
A World Health Organisation-led international team investigating the outbreak will leave for China on Monday or Tuesday.

The territory has refused to completely seal its border but hopes the quarantine will dissuade travellers from the mainland.

China's leaders are trying to keep food flowing to crowded cities despite anti-disease controls and to quell fears of possible shortages and price spikes following panic buying after most access to Wuhan and nearby cities was cut off.

Cities across the country have enforced travel bans and Beijing supermarkets have begun requiring customers register their personal information and have their temperatures taken before being allowed to enter.

Millions of people will return to China's big cities on Monday after the biggest holiday of the year.