A further 1,427 new cases of COVID-19 have been reported in Ireland today

It brings the five-day moving average of new cases to 1,363. 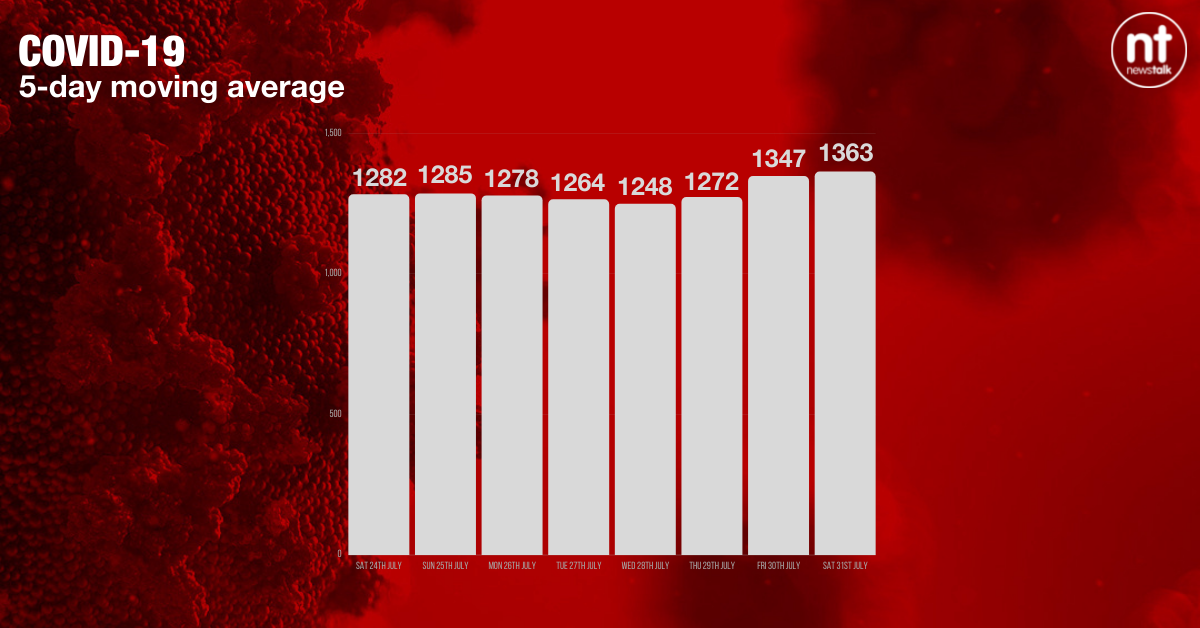 CMO Dr Tony Holohan said the country has now passed the milestone of 300,000 cases since the start of the pandemic.

However, he praised young people for "lining up to get vaccinated" at the new walk-in vaccination centres around the country.

Cases have remained consistently between 1,000 and 1,500 cases per day over the past week or so, following a sharp increase in daily figures in mid-July.

In a series of tweets last night, NPHET’s Professor Philip Nolan said cases are likely not plateauing in Ireland yet - but are instead likely growing more slowly than a week ago.

Case numbers may appear to be plateauing, but are probably not, just growing more slowly than a week ago. If growth rate is slowing, it’s because of our collective caution, and is a signal to keep up the basic public health precautions, not let down our guard. 1/13 pic.twitter.com/4Dp8U0L3ry

He said: “If growth rate is slowing, it’s because of our collective caution, and is a signal to keep up the basic public health precautions, not let down our guard.

“The most likely explanation is that in late June and early July we, collectively, caught up on a lot of social contact that we had missed so badly, but as case numbers increased, became more cautious again.”

The latest figures show there are 164 patients with COVID-19 in Irish hospitals today, including 26 in ICU.

This weekend also marks a further expansion of the vaccination programme, with walk-in vaccination centres opened across the country for the first time.

HSE chief executive Paul Reid says the clinics were off to a "great start", with hundreds of people have already gotten their first doses at centres this morning.