A further 10 coronavirus-related deaths have been announced alongside 646 new confirmed cases. Fo...

A further 10 coronavirus-related deaths have been announced alongside 646 new confirmed cases.

Four of the deaths happened this month with one in February, one in January and four still under investigation.

The totals account for the denotification of one death and five previously confirmed cases.

This morning, there were 344 COVID-19 patients in hospital, with 87 people in intensive care with their symptoms.

Of the cases announced this evening, 243 were in Dublin with 45 in Meath, 35 in Galway, 34 in Offaly and the rest spread across 20 other counties. 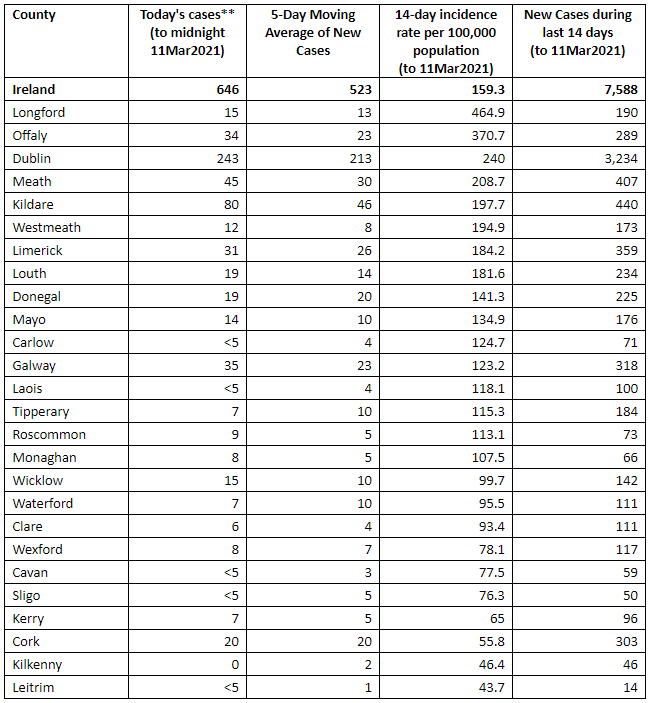 Longford still has the highest rate in the country, with Offaly in second place.

Four counties now have 14-day rates higher than 200 – down from the seven counties record on Monday.

As of Tuesday, a total of 553,161 vaccine doses had been administered across the country.