A Cork principal is urging people to support Ireland's charity air ambulance service after the un...

A Cork principal is urging people to support Ireland's charity air ambulance service after the unit helped save his life following a freak accident.

Irish Community Rapid Response (ICRR) was involved in transferring Niall O’Sullivan to hospital last year and since then, he is keen to highlight the incredible work the service provides.

The Cork-based charity is funded through public donations and works in tandem with the National Ambulance Service to provide paramedic support and transport to hospital for people in emergency situations.

In July last year, Niall was working on a job in his driveway when a freak accident left him pinned to the wall by a bucket of a JCB.

He broke his pelvis and had internal damage, including a blood clot and other injuries.

When the ambulance came they saw his blood pressure dropping and realised he needed urgent transport so the air ambulance was called.

He was then taken within minutes by air ambulance to Cork University Hospital.

Speaking to Alive and Kicking with Clare McKenna, Niall said he is recovering well following the incident and is hoping to get back to work sooner rather than later.

He said in the first few months following the accident he found it difficult to talk about but it is behind him now.

He then outlined how the freak event happened.

"I had just started the summer holidays and me and my family had just moved into a new house and we were just doing some work at home," he said.

"I suppose just in the blink of an eye the accident happened, it happened so quickly.

"I can recall that the ambulance was called and two paramedics attended to me and they were fabulous.

"Shortly after that when I was being transferred, we were pulling out of my drive and I can recall them saying that they wanted me to be transferred via the helicopter.

"They were very calm and all of that but they just wanted me to be transferred that little bit quicker from home to the hospital."

Last year, #HeliMed92 transferred Niall O Sullivan to @CUH_Cork after a serious accident at his home. Niall has made almost a full recovery and before Christmas he raised €13,370 for us. We would like so say a big thanks to Niall and all those who contributed. #ThankfulTuesday pic.twitter.com/r3JHbqYAE7

Thankfully, Niall's house is only three or four miles from the helicopter base in Rathcoole.

"I was in shock but that memory is clear of being transferred from the ambulance to the helicopter and I know it was only minutes from the base to CUH.

Niall was subsequently in hospital on and off for the next two months.

Between his recovery and COVID-19, he did not get a chance to go back to the helicopter base to thank the team who had treated him with such care and professionalism, he said.

However, he organised a fundraiser before Christmas to gather donations from family and friends for Irish Community Rapid Response, the organisation which transferred Niall via their air ambulance.

'Time was of the essence'

In reflecting on the accident, Niall said that his injures were "extremely serious" and "time was of the essence" in getting him to hospital.

While his injuries were not as bad as initially thought, he added that being able to get to CUH as quickly as possible offered great peace of mind to his family at the time.

"For my own family here, transferring me from the accident site to the hospital in such quick time helped alleviate a lot of that stress," he explained. 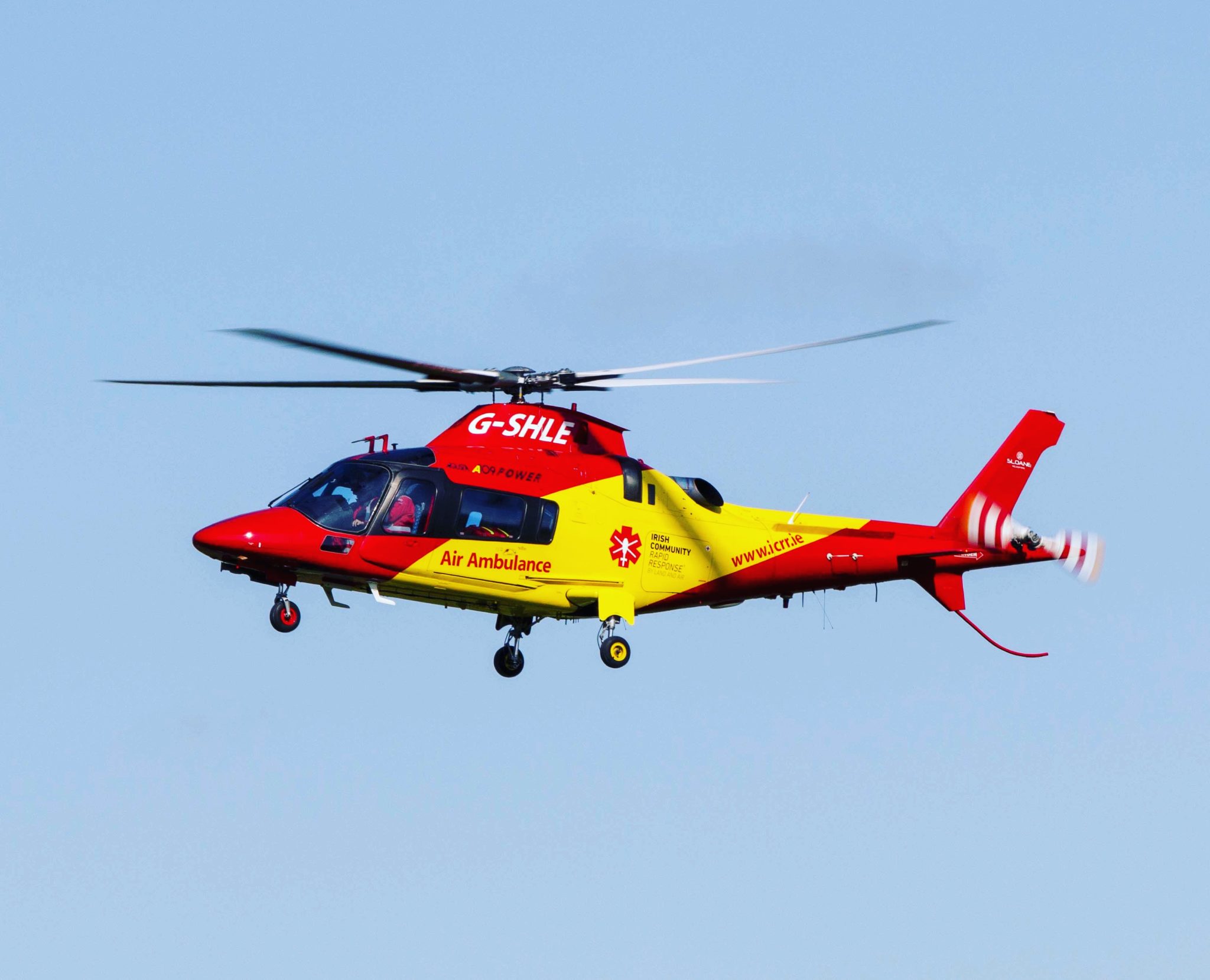 The air ambulance responds to hundreds of emergency calls each year, with a record 490 call-outs to incidents across 13 counties last year.

Niall passes their base in Cork several times each week, but said it wasn't until he needed their services himself that he realised how important they are.

"They really do deserve every bit of support they can get, it is phenomenal that for any area in Munster they can be there in half an hour, which is unbelievable," he said.

"Transferring patients from accident sites to hospitals is so, so important time-wise and thankfully they're able to do that and long may it continue."

People wishing to support the ICCR can find out more information here.

Boyzlife to perform for fans at Qatar World Cup