A farmer from Co Cork says it was disheartening to find a "truckload of rubbish" dumped on his la...

A farmer from Co Cork says it was disheartening to find a "truckload of rubbish" dumped on his land last week.

It comes amid a 6% increase in the number of complaints received by county councils about illegal dumping in April, May and June of this year compared to 2019.

Victor Sullivan from Co Cork told Newstalk Breakfast that he found a "large truckload" of waste tipped out inside the gates of land he is renting.

He explained: "There was a couple of tonnes of stuff - a mix of builder's rubble, domestic waste, everything you can imagine.

"It happened some time between 7 o'clock in the evening and 10 o'clock in the morning. We have no idea who did it - we had been doing a couple of jobs on that piece of ground... we returned the following morning and found the rubbish dumped there.

"It's more than a skip... it looks like a number of skips.

"It has all the appearances of someone who went around collecting rubbish from people and saw an opportunity to dump it. It's a large mess that has to be cleared up." 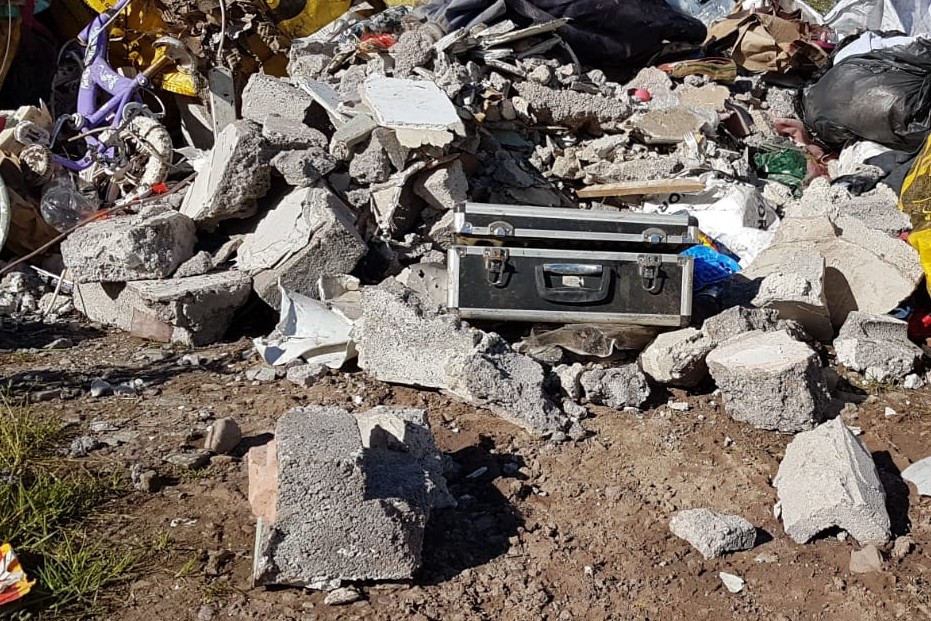 Image of the rubbish dumped on the land

Victor is now calling for those responsible to reconsider what they're doing.

"For someone to come along like that with complete disregard and tip rubbish... it is disheartening. Your heart would absolutely sink to see it. It's going to take a couple of us a whole day now to tidy that mess up and dispose of it."