Cork Airport has published advice for passengers who could be affected in the event of a 'no-deal...

Cork Airport has published advice for passengers who could be affected in the event of a 'no-deal' Brexit in Britain.

The UK is set to leave the European Union on October 31st with a deal yet to be agreed between the two.

Some travel disruption at ports and airports is likely in any no-deal scenario.

If the UK leaves without a deal, the Garda National Immigration Bureau (GNIB), which operates immigration at Cork Airport, has confirmed that UK passport holders will continue to be processed through the EU channel.

However, this EU channel will be re-designated as an 'EU/UK' channel.

Signs at immigration will be changed to make things clear for passengers, the airport says.

"This means there is no real change at Irish immigration for UK passport holders", it adds.

In the event of no-deal, all passengers arriving from UK airports will have to use the Green or Red customs channel.

No passenger arriving from a UK airport is entitled to use the Blue channel - irrespective of their nationality.

Revenue Commissioners staff, who manage Customs at  the airport, will be on hand to help passengers and to deal with any queries that may arise.

Duty-free shopping will return on alcohol and tobacco products if the UK leaves without a deal.

However these rates will not apply to other products, such as perfume and cosmetics. 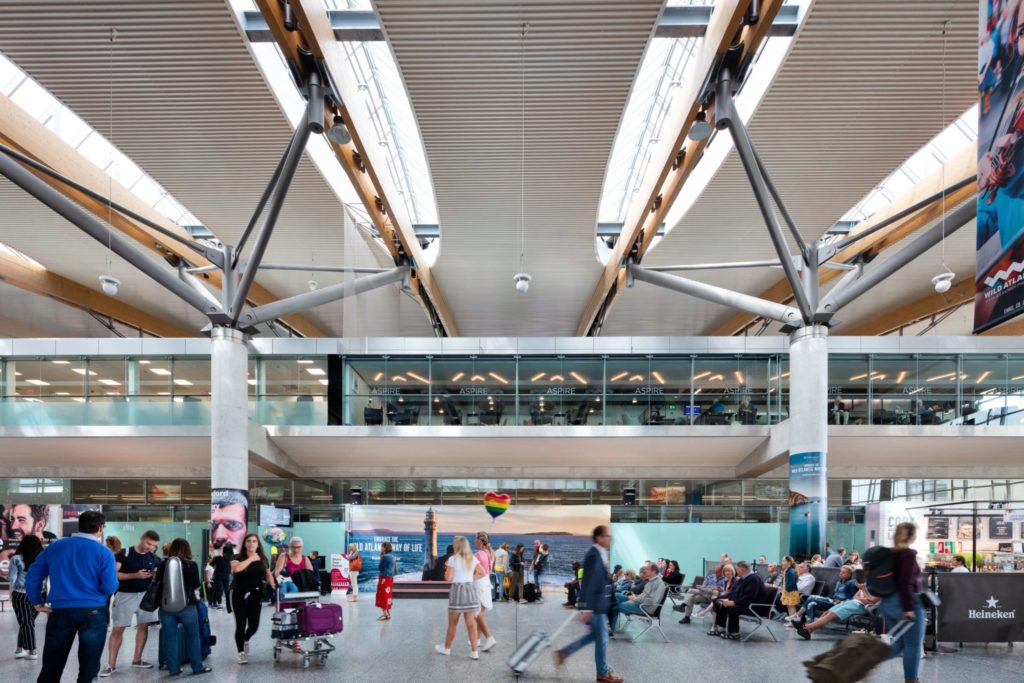 In terms of security screening, the airport says it is "not expecting any security changes" for UK passengers or for any other nationalities.

"UK citizens and those travelling to the UK should continue to comply with all existing security processes and requirements", it adds.

Regardless of any Brexit outcome, the Common Travel Area (CTA) will continue to operate between Ireland and the UK.

Under the CTA, Irish and UK citizens can move freely and live in either jurisdiction and enjoy associated rights and entitlements.

The Irish and British Governments have committed to maintaining the CTA in all circumstances - including in a no-deal Brexit.

However, passengers will still have to present proof of their identity to avail of CTA arrangements, and therefore will need official photo identification.

Passengers should check with their airline to clarify the type of identification the airline requires, and should travel with their passport if there is any uncertainty.

The EU has also extended laws to ensure that flights between Ireland and the UK will continue to operate as normal, even if the UK leaves the EU without a deal.

The UK has confirmed that it will mirror these arrangements.