Housing Minister Darragh O'Brien says he was concerned some co-living developments were not in-ke...

Housing Minister Darragh O'Brien says he was concerned some co-living developments were not in-keeping with the scheme.

It comes after the schemes are to be effectively banned going forward.

Minister O'Brien told The Hard Shoulder the scheme was being relied upon in ways other than envisaged.

"I did give a commitment a couple of months ago that I would review the situation here.

"I saw the report, we did a lot of detailed research on it, I published that report that you referred to so everyone can see it, and that I would make a decision based on the facts and based on the situation.

"Co-living, when it came into being, was supposed to be a niche part of housing delivery.

"What I have seen of late though was more intensification of applications that are coming in. 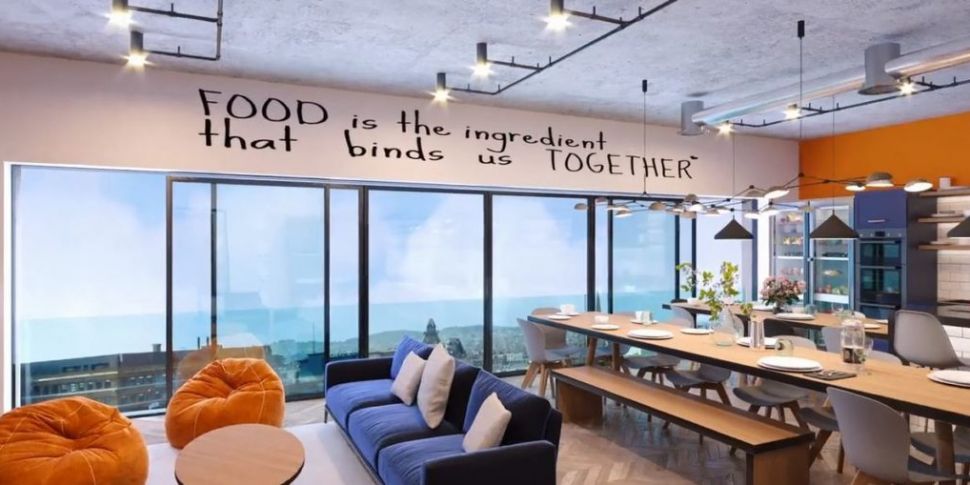 An example of a co-living kitchen. File photo

"We've permissions for about 2,100 units across 14 different developments - they can still be built out.

"But what we were seeing as well is some of these developments were convergents of existing permissions that were granted, existing apartments that may have been granted.

"I did have a concern that they're not in keeping with the high-density urban centres, originally envisaged.

"And that if this was left unchecked, that we could have an issue here with an over-intensification of this type of co-living development in certain parts of our cities".

The minister denied there was any political motivation to his decision.

"If it was to do with politics I would have done it a number of months ago, as many on the left and hard left had been regularly raising this issue in the Dáil".

"I think I said I'd base it on facts and research - that's what I've done".

"There were supposed to be, the initial guidelines that came out, that these would be in areas of high intensification of employment - like what was done in Canary Warf in London and various things - so one would expect them around the Docklands.

"One of the other things the report did highlight was the concern that I have as well about it further increasing land values.

"That we were seeing, in some instances, the potential that existing permission were being converted into co-living simply on the basis to increase the value of that site".

Minister O'Brien earlier said he was concerned that there have been too many applications and permissions compared to the "niche quantity of units the concept was originally aimed for".

He will now look to amend planning guidelines to restrict any developments in the future.

The changes cannot be applied retrospectively - meaning developments already given permission or going through the planning process will not be impacted.

Minister O'Brien's predecessor, Eoghan Murphy, had defended the concept - saying it was not a solution for most people but that it was "very different" than bedsits.

Five applications for co-living developments - all in Dublin - have been granted planning permission, accounting for around 740 bedspaces.

Seven other applications remain under consideration, while two have had their permission refused or quashed.