There needs to be a clear response from Government following recommendations from the Citizens' A...

There needs to be a clear response from Government following recommendations from the Citizens' Assembly on Gender Equality.

That's according to the Chair of the Assembly, Dr Catherine Day, after the 99 members voted for radical changes yesterday.

They include replacing the Constitutional clause on women in the home, gender quotas across public and private bodies, a public childcare model and extra supports for carers.

The 45 recommendations will be presented to the Oireachtas, with Dr Day stating that a signal of change from the Government is very important.

Speaking to Newstalk Breakfast with Susan Keogh, she said there are "a couple of very strong themes" that emerge from the recommendations.

"One is the importance of care and valuing care in our society and it's not a coincidence that the caring professions tend to be heavily feminised and less well paid," she said.

"We had a series of recommendations arguing an obligation on the State to provide care at home and in the community should be put into the Constitution.

"And then following on from that, to give carers proper pay conditions like sick leave, maternity leave, pensions and a career structure like so many other professions have."

One of the main proposals to come from the Assembly was the recommendation that Article 41.2 of the Constitution be deleted and replaced with gender-neutral text. 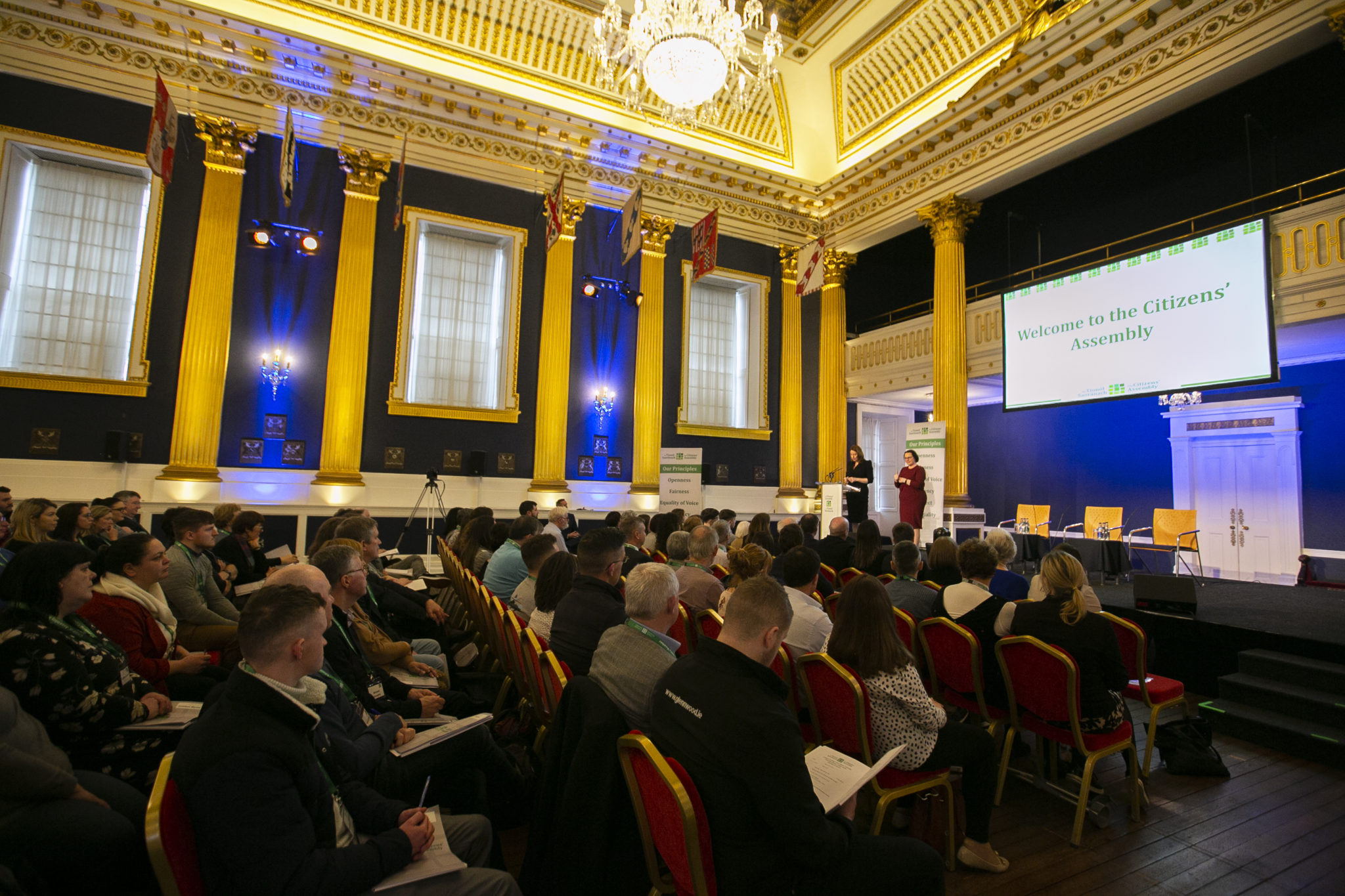 "Then there's a second strand of representation, there was overwhelming support for taking out of our Constitution wording that doesn't actually say it but seems to put women in a secondary position and the citizens felt very strongly that that wording was outdated," Dr Day added.

"They not only want to take it out but to replace it by this obligation of care.

"That theme of women wanting to be properly represented in all walks of life through from gender quotas in politics to wanting to have gender quotas for private companies and in cultural sporting organisations as well.

"So there's a very coherent message coming across very different recommendations, some of which could be implemented quickly and some of which will take at least a decade to reach fulfilment.

Speaking on the same programme, Orla O’Connor, Director of the National Women’s Council (NWC), said it was clear from the 45 recommendations that the citizens were "sending such a strong signal to Government" the women's equality needs to be at the centre of legislation and policies.

"It's very clear is the importance of care to them and the fact they want it valued and respected and paid for, I think that's so important," she said.

"I think what's really critical at the moment, because we're very conscious that the Government is making decisions on key areas, and one of those is on childcare, and the fact that the citizens have given a very clear message on childcare in terms of a public childcare model so we want Minister Roderic O'Gorman to really hear that."

'A clear and considered response'

A second critical area to emerge from the recommendations is a universal pension for all, she added.

"There are immediate things that are happening right now that the citizens have given their very strong view on, and I think it's very important that the Government listen to it," Ms O'Connor said.

"We are also going to be asking the Government to make a decision this year with regard to holding the referendum next year on Article 41.2."

Dr Day agreed that the Oireachtas should pay attention to the fact that the citizens, although not all holding the same views, came together in a strong coalescence with the recommendations.

She cited the results of two previous assemblies, those on marriage equality and abortion, which ended up closely matching the results in the referendums.

"I think the strength of feeling that's coming through these recommendations...that once our citizens looked into the matter how strongly they felt that things should be changed," Dr Day said.

"I think a signal of change will be very important because Ireland is developing a reputation for changing its social policy through Citizens' Assembly and there are more in the pipeline.

"The Oireachtas needs to show that have heard and listened and then they will have to look into what it will take to implement the recommendations and they will take time.

"But I think it's very important that there would be a clear and considered response and reaction to the amount of work and the clarity of the citizens' recommendations."

Senator questions if government is 'serious' about drug reform