Gardaí say the family of a missing 14-year-old Louth girl are very upset and concerned for her safety.

A Child Rescue Alert is in place for Svetlana Murphy.

Gardaí say they have serious concerns that there could be an immediate risk to her health or welfare.

It's believed she is in the company of 18-year-old Nojus Maculevicius, and that they are travelling in a Hyundai Veloster car, with registration number 132-D-13518. 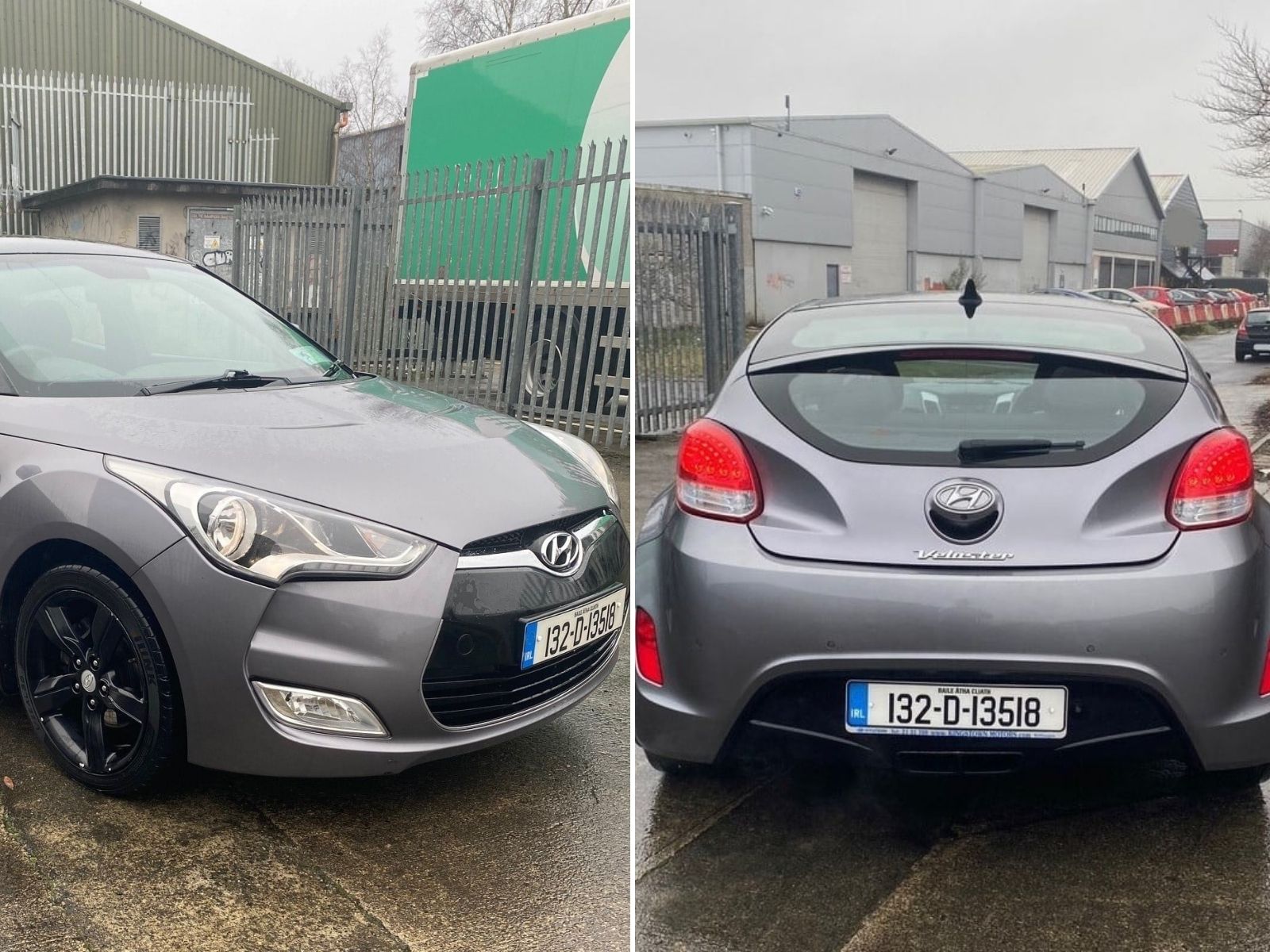 Picture of the car gardaí are searching for

They were sighted in Newry on Monday at around 7pm on Monday.

The car, meanwhile, was seen in the Belfast area at around 5.35pm yesterday evening.

Officers say they want to establish that both Svetlana and Nojus are safe and well, but particularly Svetlana as she’s a child.

Neither of them have been in contact with their families since Monday.

Speaking in Dublin this afternoon, Garda Superintendent Liam Geraghty said: "We're appealing to Svetlana and to Nojus to contact An Garda Síochana.

"We're concerned for Svetlana - we want her to contact us.

"We want to reunite her with her family - her family are worried about her, and they need to speak to her."

Svetlana was last seen at her home on Coast Road in Blackrock in Louth and is described as 5'1", of slim build, with brown hair and brown eyes.

She was wearing navy tracksuit bottoms with a red and white stripe on the leg, a black zipped top and black runners.

He was wearing dark grey Snickers work trousers and a black Snickers top when last seen.

It's believed he also may have been wearing navy tracksuit bottoms with a red and white stripe on the leg, a black zipped top and black runners.

"Our appeal is to anyone - not just in the Republic, but anyone who may be in Northern Ireland as well - to keep an eye out for that car: a silver Hyundai Veloster, 132-D-13518.

"We need to know where that vehicle is at the moment."

Anyone with information is asked to contact gardaí immediately.

People are being advised not to approach the teenagers, and to instead immediately contact 999 / 112 or your local Garda station - providing as much information as possible.