There has been more cases of mumps in the first 11 weeks of 2019, than all of last year.

The latest weekly report from the HSE has found there's been 593 cases of mumps so far.

According to Health Protection Surveillance Centre figures, cases are up 680% compared to the same time last year.

Cases of the highly contagious disease have seen a rapid increase since the turn of the year, with outbreaks reported at some schools and universities.

Cases of mumps went over 70 for the third week in a row last week, with 71 people diagnosed. 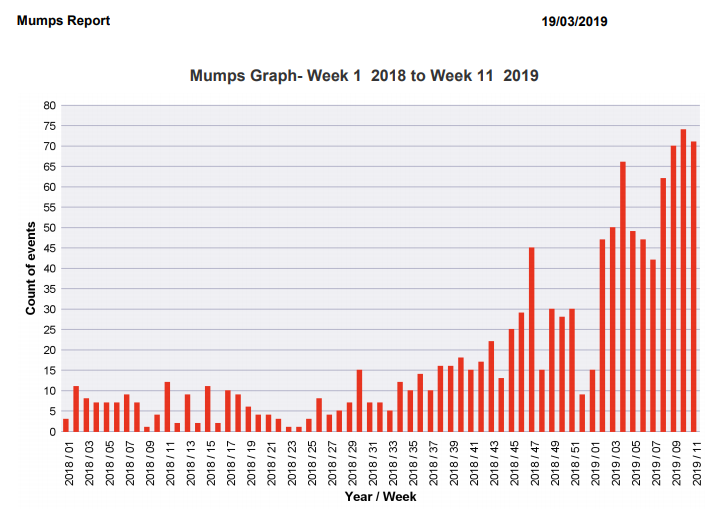 204 of the cases were in the Eastern region, with the lowest being reported in the Southern area at 16.

Teenagers and young adults are the most affected, and 60% of the cases reported affected people aged between 15 to 24.

The HSE is again advising that the best protection against the disease is two doses of the MMR vaccine.

Mumps causes symptoms such as facial pain, fever, headache and swelling in front of the ears.

While typically a minor illness, it can cause serious complications - such as serious brain infection or permanent hearing loss - in rare cases.

Monkeypox vaccine rollout to be accelerated

WHO urges people to get vaccinated against monkeypox