The Taoiseach has said he is yet to see any Brexit proposals from the UK that meet the same objec...

The Taoiseach has said he is yet to see any Brexit proposals from the UK that meet the same objectives as the backstop.

The UKs Brexit Secretary Stephen Barclay met with Chief EU negotiator Michel Barnier this afternoon as efforts to break the impasse over the backstop continue.

The pair are due to meet again next week.

The UK has been insisting the measure - aimed at preventing a return to a hard border in Ireland - must be dropped from the Withdrawal Agreement.

The EU has warned that it must remain in place unless and until an alternative that provides the same level of legal protection can be found.

This afternoon, Leo Varadkar said the UK has yet to come up with anything that could replace it.

"In order to reopen negotiations on the Withdrawal Agreement, those proposals would have to achieve all the things the backstop achieves," he said. 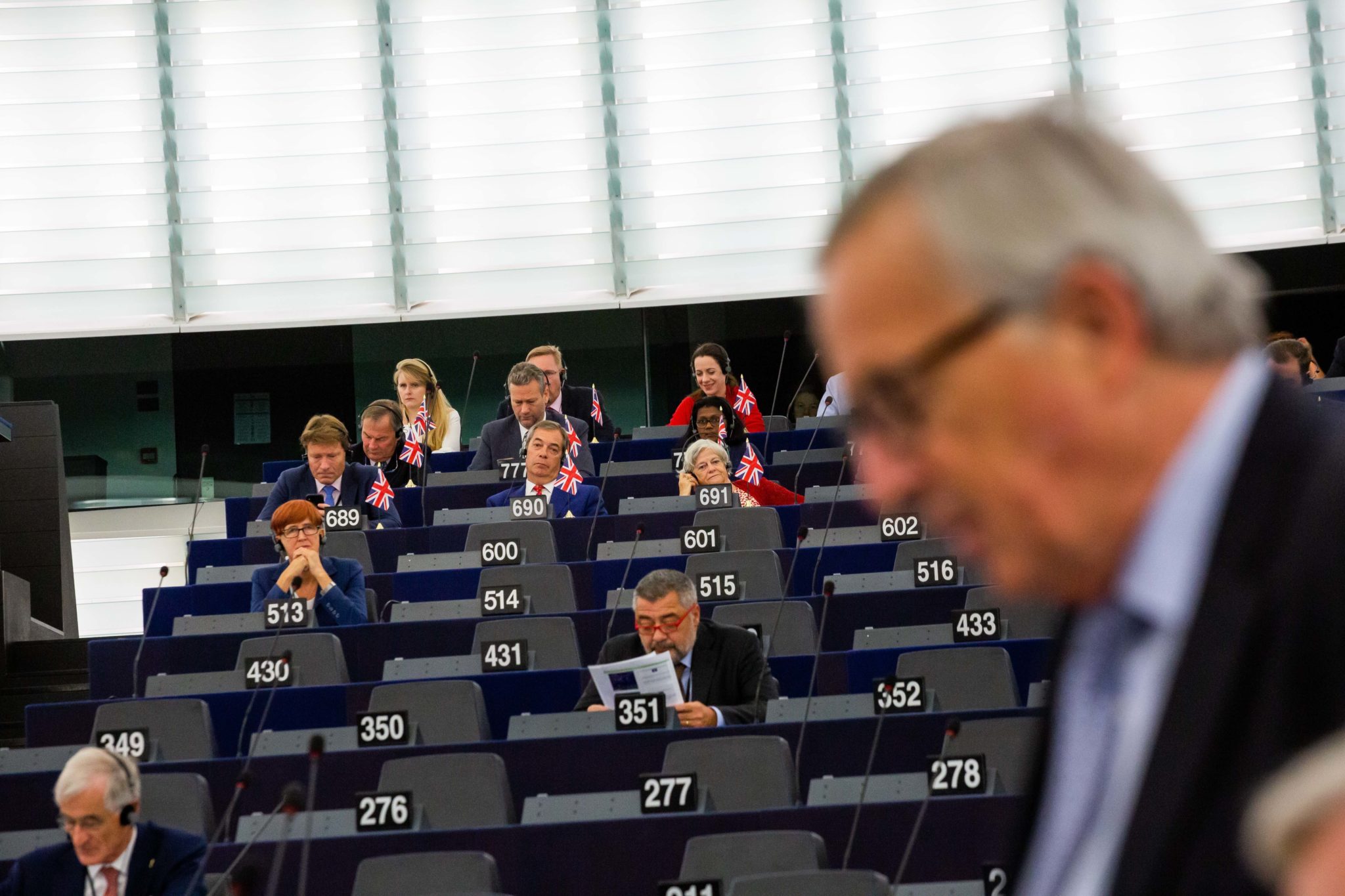 Members of the Brexit Party (back) listen to President Jean-Claude Juncker's (front) speech in the Chamber of the European Parliament, 18-09-2019. Image: Philipp von Ditfurth/dpa

Meanwhile, the President of the European Commission has insisted a deal can be still be struck.

Jean-Claude Juncker stressed a no deal scenario would have “catastrophic consequences".

Mr Juncker also said his recent meeting with Boris Johnson was 'rather positive', and that he's been sent documents by the British government outlining draft ideas for new terms. 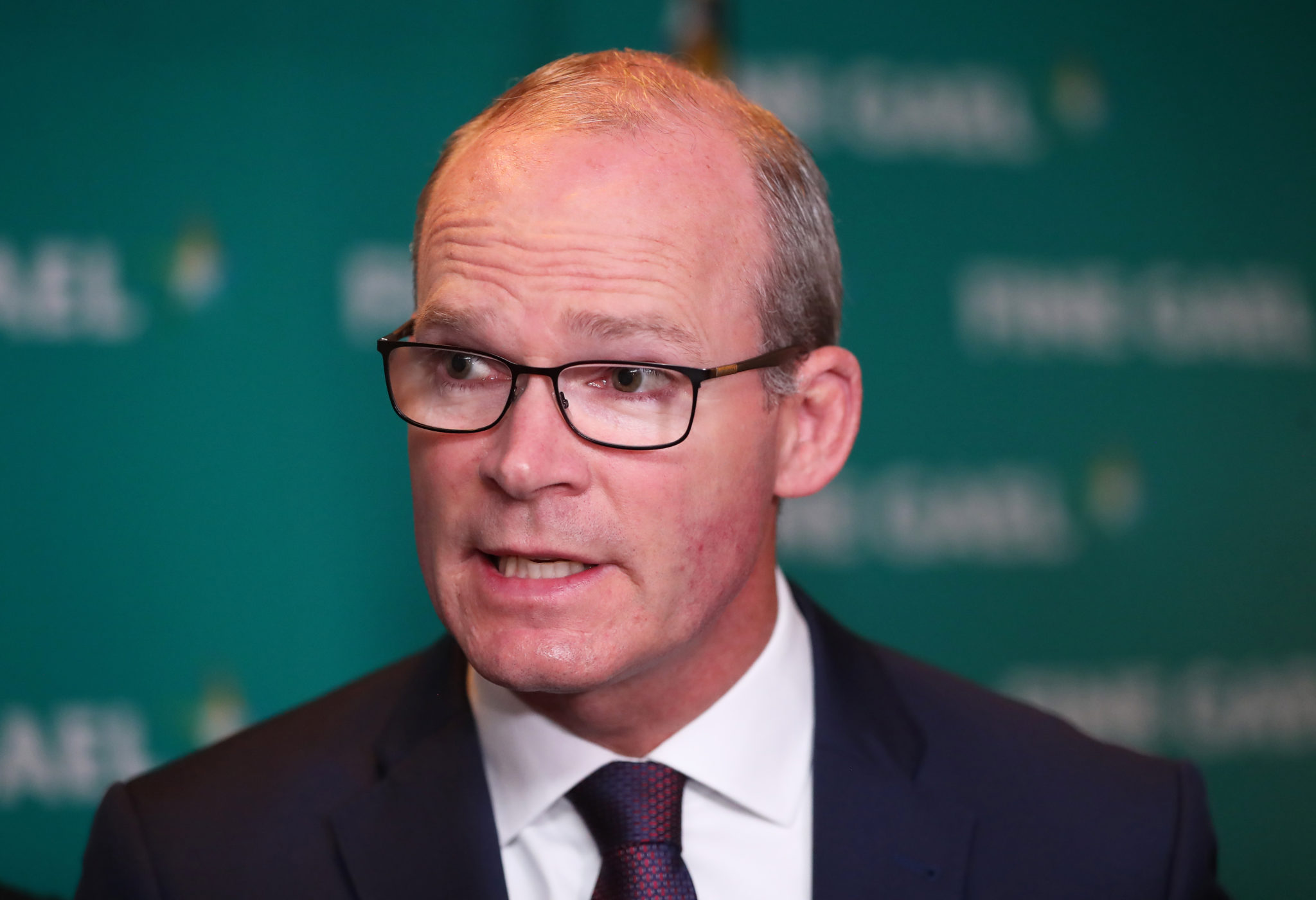 Tanaiste Simon Coveney during the Fine Gael parliamentary meeting at the Garryvoe Hotel in Cork.

Earlier the Tánaiste insisted Ireland won't be the "collateral damage" in any Brexit deal.

He reiterated Ireland's eagerness to find an agreement, but stressed that it will require a workable alternative to the backstop.

He explained: "Well there's certainly a lot of commentary now - and some of it spin I think - in the context of where we are.

The Tánaiste said the demand to remove the backstop means the UK government is asking for a "significant section in the withdrawal agreement" to be removed - a section that solves questions around the Irish border.

He said that's why there is onus for the British government to come forward with alternatives "if they have them".

He also suggested that Steve Barclay is "late to the table" if he's only realising what a no-deal Brexit means for Ireland and the UK.

Minister Coveney argued: "There's no uncertainty in Ireland in terms of what a no-deal means.

"What we're being asked to do by Steve Barclay and by others is to replace a guarantee around the border question [...] with a promise that 'somehow we'll do our best to try to solve this issue in the future, but we don't know how just yet'. That doesn't sound like a fair deal to me."

He added: "The Irish position is we want to find a solution - we want to get a deal, and we want the UK to leave the EU in an orderly and sensible manner... But we cannot allow Ireland be the collateral damage of that.

"I think for Britain to ask us to do that is a very unreasonable request, and it won't be the basis of a deal."