Activists from the Irish Pedestrian Network, the Dublin Cycling Campaign, the Dublin Commuter Coalition and Extinction Rebellion have declared a clean air zone in the area.

The coalition is calling on Dublin City Council to speed up its pedestianisation efforts in the city centre.

“The rate of pedestrianisation in the city centre has to happen faster,” she said.

“But also there is a practical reality that we have a very congested city and the level of traffic we have, even in the historic core, is unsustainable.” 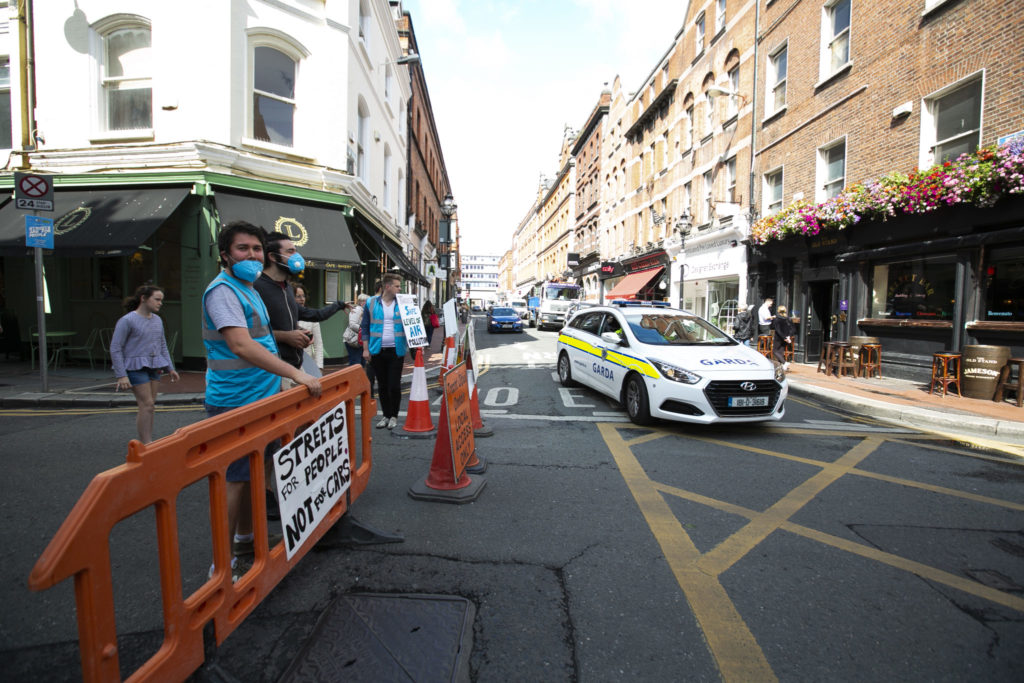 Cllr Hourigan insisted South William Street “should have been pedestrianised years ago” and said today’s action highlights how “even our most urban streets should be a place where people with disabilities and young children can access the public realm with ease.”

The campaigners were kicked into action by this month's warning from the Environmental Protection Agency (EPA) that air pollution in the city is regularly exceeding the levels deemed safe by the EU – potentially leading to thousands of premature deaths.

Activists wearing anti-pollution masks blocked off the street this morning – and have pledged to remain until 7pm this evening.

They are also planning a series of similar actions on other streets in the city. 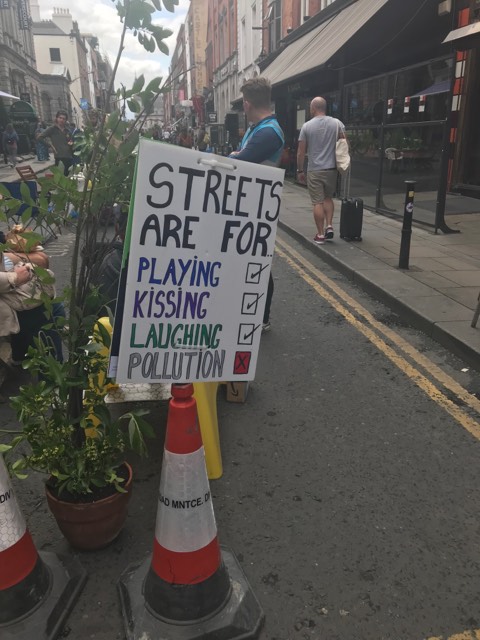 The campaigners have said they will continue until Dublin City Council follows through on its promises and greens up its act.

Dublin Commuter Coalition spokesperson Kevin Carter said: “The vast majority of people moving in the city centre are walking, on bikes and on public transport – but they get a minority of the space.

“Air quality and the environmental impact of cars are going to be election issues at the next general election.

“Politicians need to realise that people want cities that are clean, attractive and liveable. This isn’t possible if the streets are dominated by cars, so something has got to give.” 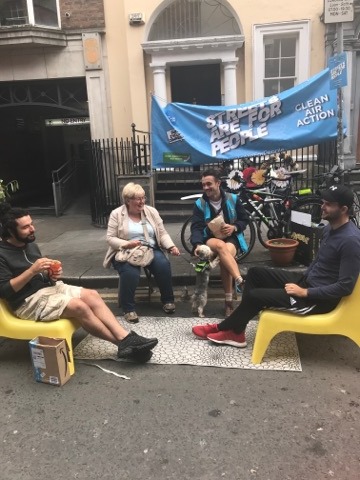 Draft plans for extension of Luas to Finglas released