Boeing has successfully completed the first flight of the world's largest twin-engine jetliner - ...

Boeing has successfully completed the first flight of the world's largest twin-engine jetliner - a respite from the ongoing controversy surrounding its grounded 737 MAX planes.

The US company says the new Boeing 777X will deliver 10% lower fuel use and emissions and 10% lower operating costs than the competition.

The 426 seater plane also features a wide cabin, custom architecture and innovations from the 787 Dreamliner.

It took off from a runway in Everett, Washington on Sunday for an almost four hour flight.

It was the third attempt to get the 777X off the ground, as the first two planned tests were abandoned owing to high winds.

The first Boeing #777X is in flight. After a few hours of flying, the jet will land at Boeing Field in Seattle, Washington.

The new Boeing model, which will be officially known as the 777-9, also boasts folding wingtips that mean it can fit its wings into the same parking bays as other jets.

The model will also have larger windows for a view from every seat and make less noise. 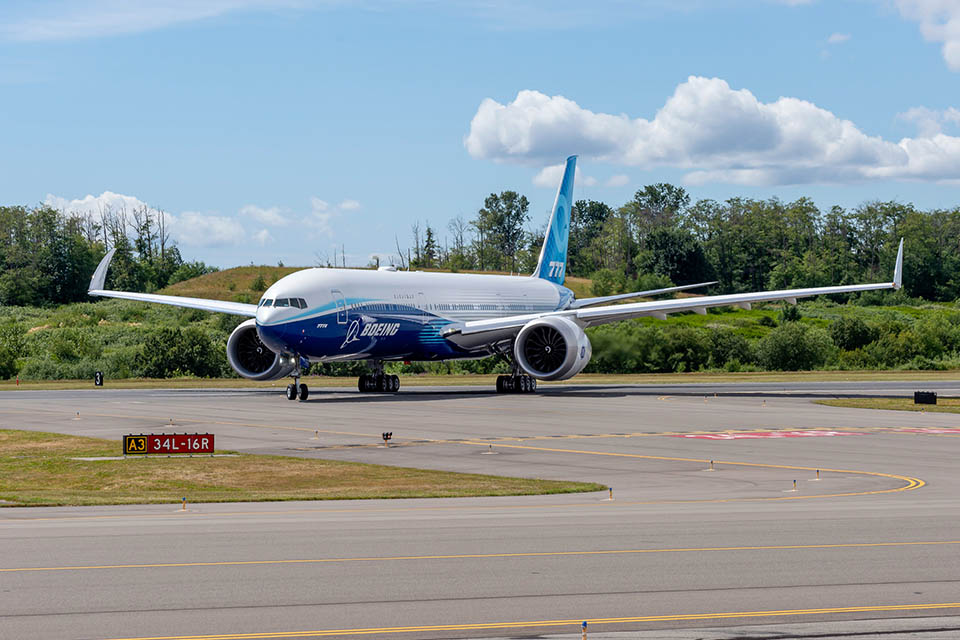 Stan Deal, president and CEO of Boeing Commercial Airplanes, added: "Our Boeing team has taken the most successful twin-aisle jet of all time and made it even more efficient, more capable and more comfortable for all.

"Today's safe first flight of the 777X is a tribute to the years of hard work and dedication from our teammates, our suppliers and our community partners in Washington state and across the globe."

The first of four dedicated 777-9 flight test airplanes will now undergo checks before resuming testing in the coming days. 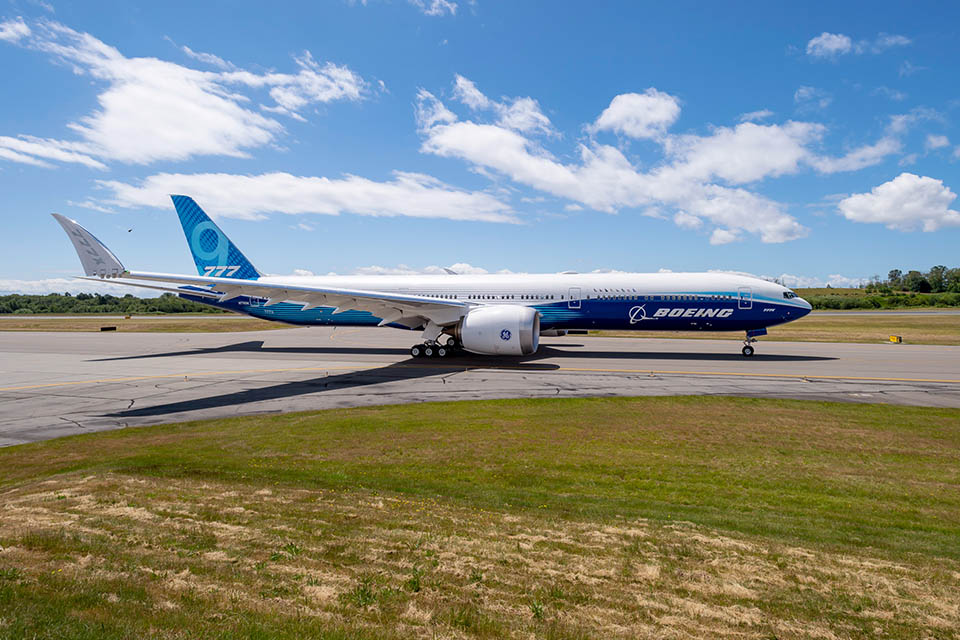 It already has orders and commitments from carriers such as British Airways, Cathay Pacific, Emirates, Etihad Airways and Lufthansa.

However regulatory hurdles lie ahead for the 777X, which will be the first major aircraft to be certified since the role of software flaws in two fatal 737 MAX crashes emerged.

The US Federal Aviation Administration (FAA) has vowed that rigorous testing will be conducted before the plane is allowed to carry passengers.