Top tips to stop your bicycle being stolen

With bike theft on the rise around the country, Gardaí are offering up their top tips to stop your bicycle being stolen.

On The Pat Kenny Show this morning, Sergeant Ber Leetch, Crime Prevention Officer at Limerick Garda Station, said you need more than a good lock to keep your bike safe.

She said criminals can get through a U-lock with an angle grinder and a wire lock using just a snippers – but there are steps you can take to reduce the risk.

“An Garda Síochána is leaning towards property marking,” she said. “Now for years, we have been encouraging people to uniquely mark their property but now we are talking about the property marking whereby you use a Telesis [laser engraving] machine, where you actually put your Eircode on your bike.

“What happens then is that a criminal is not attracted to something that is marked like that.

“The chances are, if he does steal it, it can be discarded and then it can be returned to the owner because the Eircode is on it – or he won’t try to steal it in the first place.” 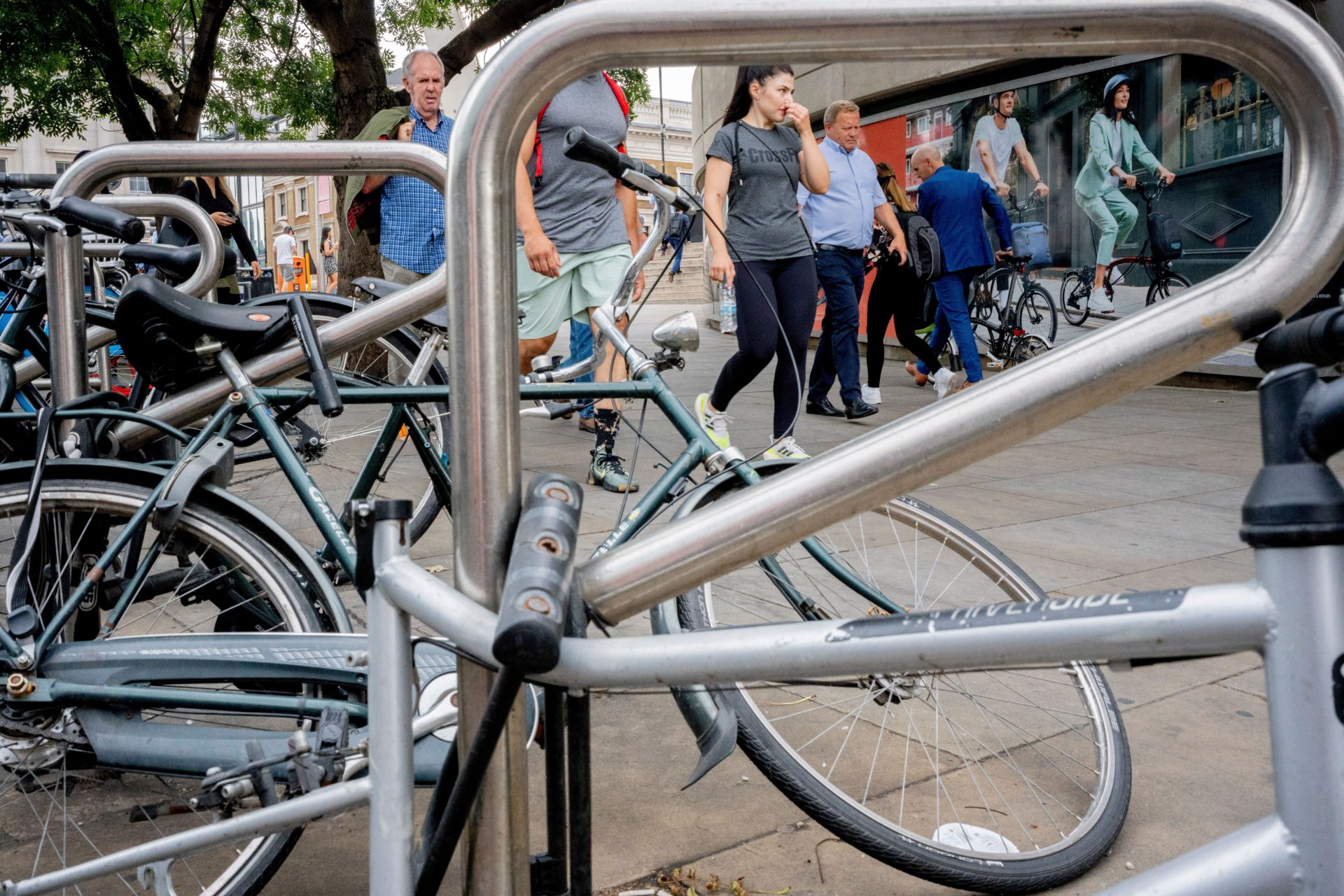 Locks and a mess of locked bikes are seen in a city. Image: RichardBaker / Alamy

Sgt Leetch said you should lock your bike in public areas where CCTV cameras are operating.

You should also make sure to keep the lock away from the ground, as criminals can use the ground for leverage to break it open.

Most importantly, she encouraged anyone who sees a crime in progress to report it.

"See something, say something"

“I think a lot of people might not be aware of that. Particularly Irish people; are we reluctant to draw attention to ourselves and are we inclined to think that maybe somebody else might do it.

“I suppose if I could ask for anything it would be first of all, mark your bikes uniquely and secondly, if you see something, say something.”

Asked where bikes stolen in Ireland are generally sold, Sgt Leetch said they are moved on both at home and abroad.

“Unfortunately, it is all about money,” she said. “They’re not taking the bikes for their own use; they are taking them so they can sell them on.

“We understand that people are buying bikes not in ideal circumstances and it is supply and demand. Pause and, if a bike is being sold to you in suspicious circumstances, consider that this could be stolen property.”