Commemorations have been taking place in the US today, as the country marks the 20th anniversary ...

Commemorations have been taking place in the US today, as the country marks the 20th anniversary of the September 11th terrorist attacks.

Nearly 3,000 people were killed in the series of attacks exactly 20 years ago today.

US President Joe Biden was joined by his predecessors Barack Obama and Bill Clinton at the National September 11 Memorial & Museum in New York for the first of a series of ceremonies.

The ceremony at ground zero was started by a choir singing the American national anthem, followed by a minute's silence.

The relatives of the victims are reading out the names of every person who lost their lives, while bells tolled at the exact moment the planes hit the Twin Towers.

Other events are due to take place in Washington and Pennsylvania later today.

The attacks began early on the morning of Tuesday, September 11th 2001 when hijackers crashed planes into each of the iconic Twin Towers at the World Trade Center in New York City.

As footage of the aftermath was broadcast live around the world, both towers collapsed shortly after the impact. 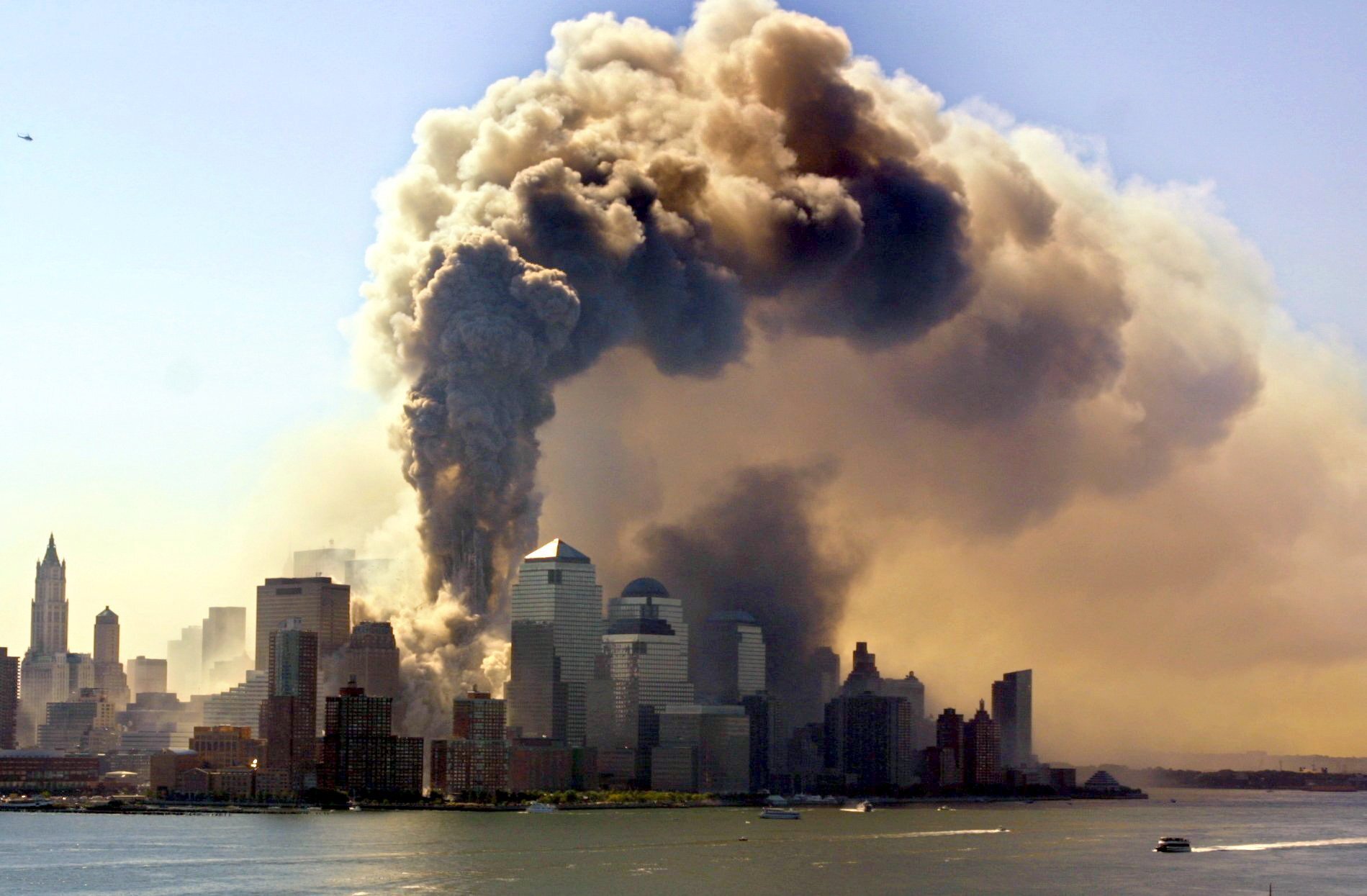 Both towers of the burning World Trade Center in New York collapse after the attack on September 11, 2001. Picture by: Hubert Boesl/DPA/PA Images

Meanwhile, another flight was hijacked and crashed into the Pentagon building, leading to a partial collapse of one side of the building.

Finally, United Airlines Flight 93 was also hijacked after taking off from an airport in New Jersey. Passengers attempted to take back control of the plane from the hijackers, and the plane ultimately crashed in Pennsylvania.

Commemoration events are taking place in New York, Washington and Pennsylvania today to mark the anniversary.

The attacks left thousands dead and many others injured. Some first responders and members of the public were also left with long-term health issues - in some cases fatal - due to the toxic debris caused by the collapse of the towers in NYC.

Meanwhile, the attacks had a dramatic impact on US foreign policy - the controversial 'War on Terror' that followed was a key factor behind the war in Afghanistan and the invasion of Iraq.

It also led to a sharp increase in US domestic surveillance operations, while stricter security measures introduced in the aftermath of the attacks are still in place in airports around the world.

Ahead of today's formal commemorations, Joe Biden released a recorded statement remembering all those affected by the "horrific" attacks 20 years ago.

On the eve of the 20th anniversary of the horrific 9/11 attacks, President Biden honors the lives of those we lost and highlights how even at our most vulnerable – unity is our greatest strength.pic.twitter.com/TdVhw9TVpb

He said: “To the families of the 2,977 people - from more than 90 nations - killed on September 11th 2001 in New York City, Arlington, Virginia, and Shanksville, Pennsylvania, and the thousands more who were injured… America and the world commemorate you and your loved ones… the pieces of your soul.”

He also paid tribute to the emergency workers who lost their lives in the days, weeks, months and years afterwards, as well as everyone involved in rebuilding efforts.

He said: “We saw a national unity bend. We learned that unity is the one thing that must never break. Unity is what makes us who we are.

“To me, that’s the central lesson of September 11th - at our most vulnerable… unity is our greatest strength.”

US set to relax travel rules for vaccinated Irish passengers