One of the stars of The Banshees of Inisherin has said it has been 'like the perfect storm'.

Pat Shortt, who plays Jonjo Devine in the film, was speaking after it picked up nine Academy Award nominations on Tuesday.

Overall there were 14 nods for Irish talent at the upcoming awards - including An Cailín Ciúin getting the first ever Oscar nomination for an Irish language film.

"It's fantastic news, isn't it? It's very, very exciting - for cast, crew, for everybody," he said.

"I love Martin's theatre work, and I think this film is closer to his theatre work than anything he's done before filmwise.

"The world loves his threatre, it seems to be the first film he's done like that.

"I think there might be something in that - I don't know, honestly - if we knew sure we'd bottle it and we'd all be at it.

"His story-telling, his way of telling a story, the madness in it, his twists and turns is just incredible."

He said Martin is also a "great writer of the double act."

"He's just in his special zone when he's writing that stuff, and it's fantastic.

"They say a good film like this is like the perfect storm: you've got everybody on form. 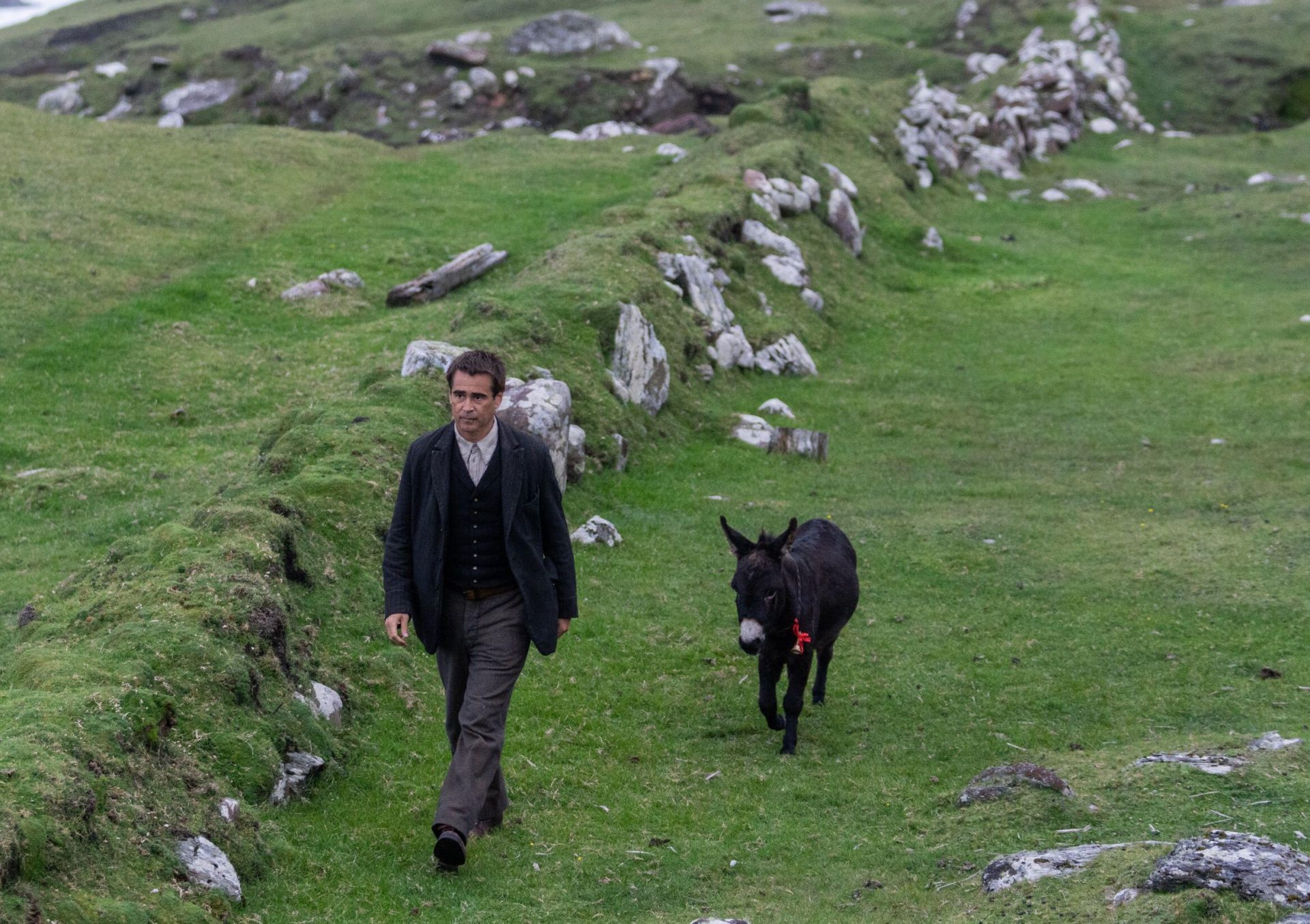 Colin Farrell and Jenny the Donkey in The Banshees of Inisherin. Picture by: Entertainment Pictures / Alamy Stock Photo

"That's a lot down to Martin who pulls everyone together.

"If you look at costumes, Eimer Ni Mhaoldomhnaigh - an amazing jobs she's done on the costumes - and the look is there.

"You can see he's pulled this team together that he's worked with closely on plays and theatre and films before.

Pat said the cast and crew was particularly close due to the location shooting.

"When you are on location you're away from home, I find it's always more fun - you get to know the crew and everybody better when you're on location," he said.

"In the evening times you all go to the pub together, or whatever you do together, but then there are long days as well.

"You do tend to bond and get together a lot... it's because of that close connection, you're working closely with people, so you make a special effort to get on with them," he added.

Main image: Some of the cast of The Banshees of Inisherin with Martin McDonagh (right) at the 79th Venice Film Festival in Venice, Italy in September 2022. Picture by: Independent Photo Agency Srl / Alamy Stock Photo