The son of one of the men who was murdered by the British Army in Ballymurphy in 1971 has said to...

The son of one of the men who was murdered by the British Army in Ballymurphy in 1971 has said today’s inquest verdict has “corrected history.”

This afternoon, High Court Justice Siobhan Keegan found that all nine men and one woman who were shot dead by British forces during the massacre in west Belfast were entirely innocent and killed without justification.

She said the British Army was responsible for nine of the killings during the event, known as the Ballymurphy Massacre.

She also found a tenth man, Paddy McCarthy who died of a heart attack while he was being shot at, innocent of any wrongdoing.

The massacre took place over three days, shortly after the British Government introduced internment without trial in the North.

On The Hard Shoulder this evening, John Teggart, whose father Daniel was shot dead on the first day of the shootings, said the families feel “absolutely fantastic” following the verdict.

“We are overwhelmed with the verdict by Coroner Keegan declaring all our loved ones – and she repeated it – all entirely innocent.” 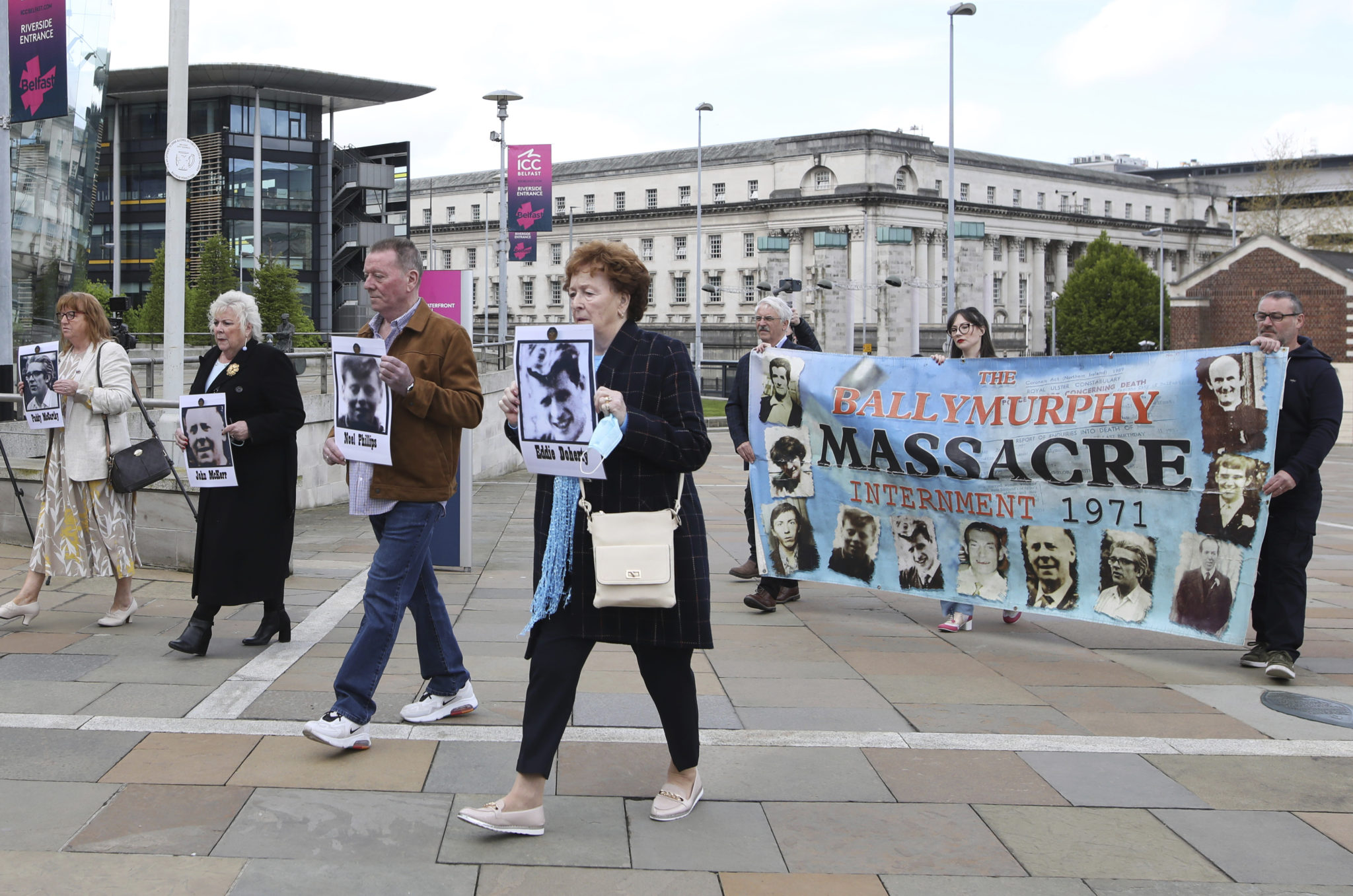 Relatives arrive for the inquest into the Ballymurphy Massacre in Belfast, 11-05-2021. Image: Peter Morrison/AP/Press Association Images

He said his father looked for help from the British soldiers when the first shots rang out; however, the paras (Parachute Regiment Soldiers) just “started firing indiscriminately,” hitting his father in the leg.

His father was then shot 13 more times while lying on the ground.

“The eye witness said his body bounced with every bullet that passed through his body with a high velocity round,” said Mr Teggart.

“The paras were only 50 yards away from him, just the width of a road, and it was a bright sunny night - so it was open season, in a way, for them.”

Eyewitnesses also told the inquest that they later saw soldiers shooting people who were lying on the ground, “execution-style.” 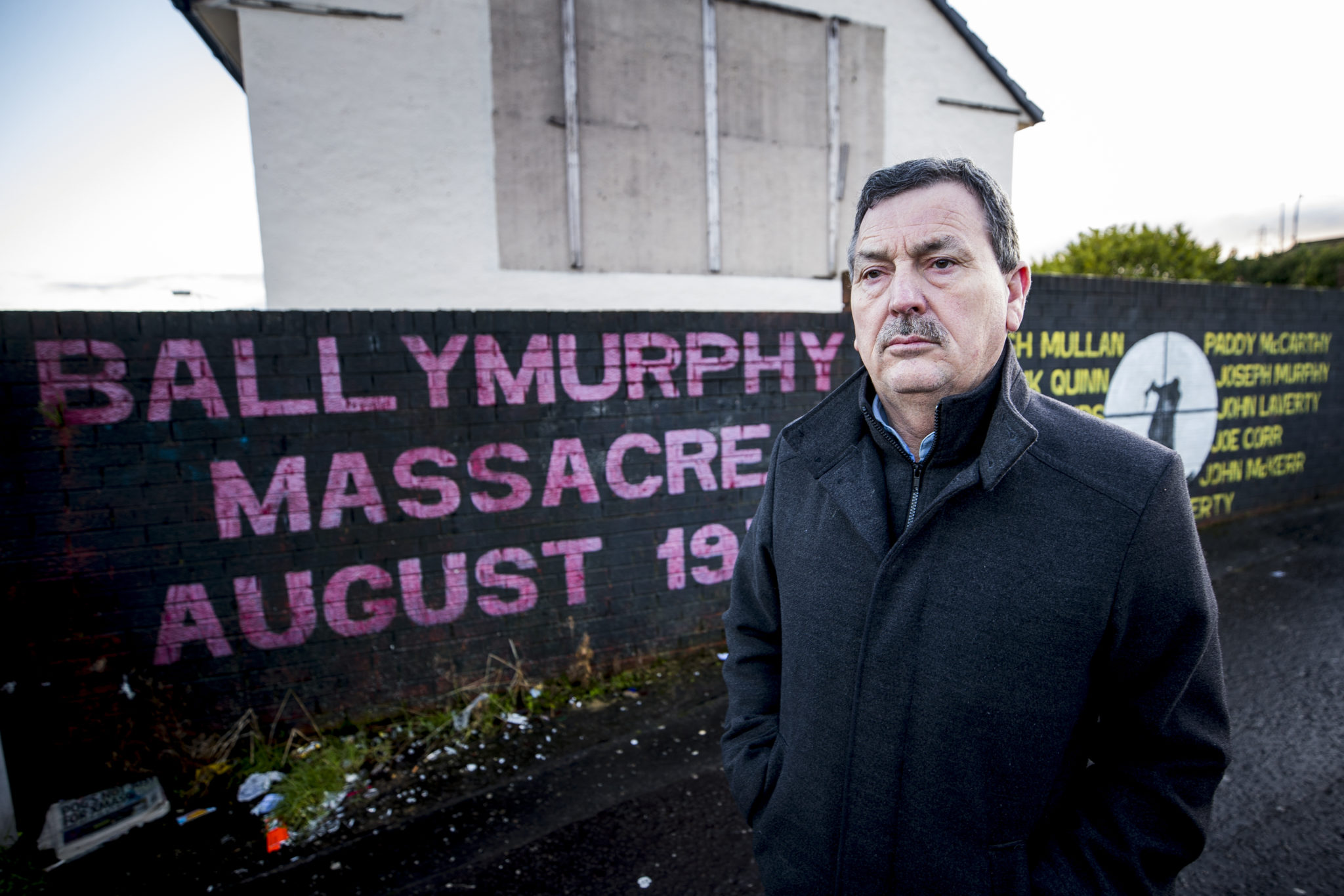 John Teggart, standing in the Ballymurphy area of west Belfast, where his father Daniel was murdered by the British Army, 22-12-2019. Image: Liam McBurney/PA Archive/PA Images

Mr Teggart said today’s verdict has “corrected history” and rolled back some of the lies put forward by the British Army in the days and weeks after the massacre.

“What has happened here today is we have corrected history,” he said.

“My father was not a gunman and today he was declared entirely innocent. From my point of view, when my grandkids go and do any research about their family tree, they will see my daddy as a hero, not a gunman.”

Mr Teggart said the Ballymurphy families will fight any UK Government attempt to introduce an amnesty for crimes committed during the Troubles.

UK Prime Minister Boris Johnson has pledged to introduce new legislation that will protect both soldiers and paramilitaries on both sides of the dispute from prosecution.

“The likes of Boris Johnson, what do we expect from this Government?” he asked.

“They are a sham. They are just like the soldiers of 1971 – all they do is tell lies. You couldn’t believe two words that come out of their mouth. That is the calibre of that Government.”

He said plans to announce the legislation on the same day as the inquest verdict were “very insensitive.”