The Tánaiste has said no credible backstop alternative has yet been proposed by the British gove...

The Tánaiste has said no credible backstop alternative has yet been proposed by the British government.

Simon Coveney's comments come as Boris Johnson promised a renewed effort to secure a deal with the EU before the Brexit deadline.

The UK's negotiators will now meet their EU counterparts twice a week for the whole of September.

He claimed he has been "encouraged" by the reaction from EU leaders, and said it was "now time for both sides to step up the tempo".

It follows a series of meetings between Mr Johnson and European leaders, including at the G7 summit in France last weekend.

Amid the apparent fresh push for a deal, efforts are continuing to stop Mr Johnson's planned suspension of parliament.

Yesterday, opposition parties in the UK issued a rare joint statement pledging to fight the suspension when the House of Commons resumes next week.

A joint statement from @UKLabour, @theSNP, @LibDems, @Plaid_Cymru, @ForChange_Now and @TheGreenParty as we work together to stop Boris Johnson's smash and grab on democracy: pic.twitter.com/e8fd2uSstS

A decision is also expected later today on a legal challenge in the Scottish courts, aimed at stopping Mr Johnson from suspending the British parliament.

It's one of several legal efforts that have been launched as opponents of a no-deal Brexit work to prevent the proroguing of parliament.

MPs are also believed to be drawing up legislation to block the prospect of a crash out Brexit on October 31st - any such plans would need to be swiftly pushed through parliament if the five-week suspension goes ahead. 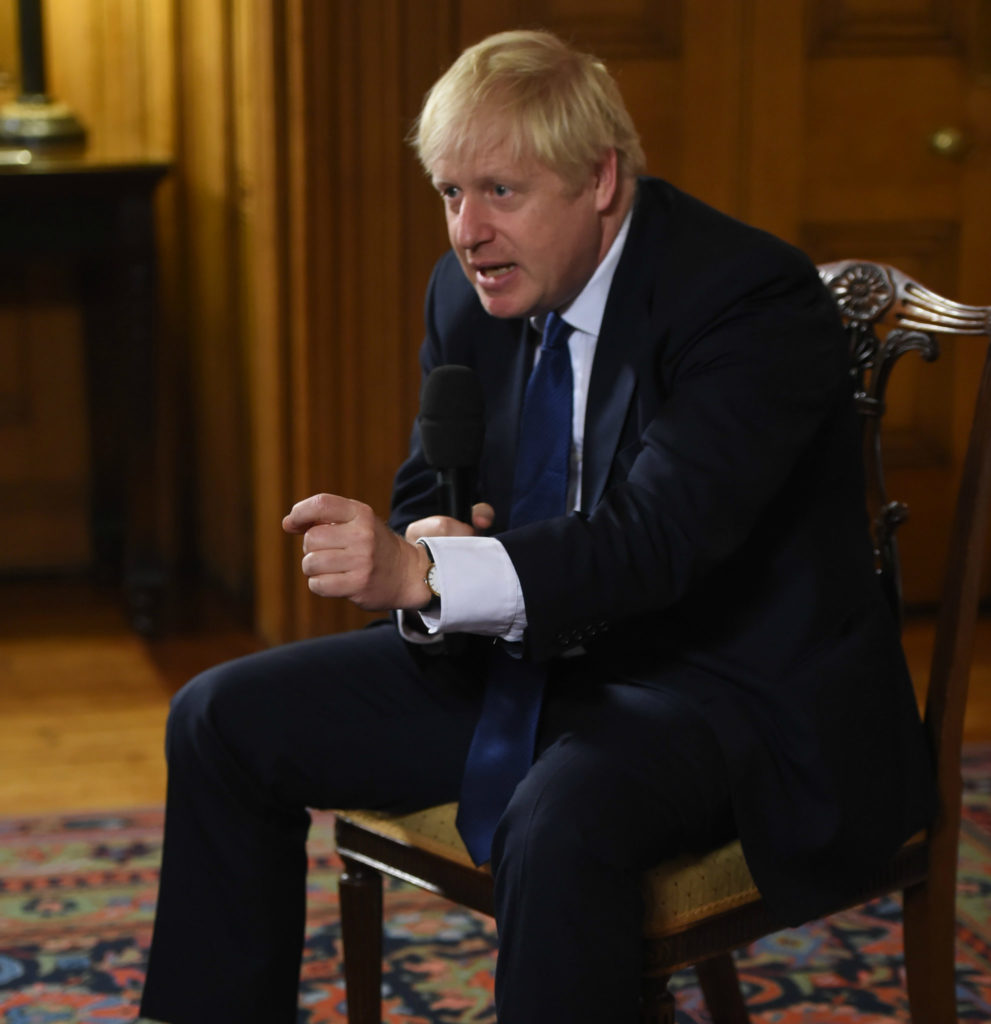 Speaking this afternoon, Mr Johnson claimed the UK Parliament will have “a lot of time” to debate Brexit despite the suspension and said domestic efforts to prevent no-deal would weaken his hand with the EU.

“What I want to do now, which is what I think most people in this country want the government to do, is get on and try and get an agreement - but if we can’t get an agreement, get ready to come out anyway,” he said.

He said his readiness to crash out has “greatly strengthened our position with our friends and partners in the EU – because they see that we are serious.”

“The more our friends and partners [in the EU] think, at the back of their minds, that Brexit could be stopped, that the UK could be kept in by Parliament, the less likely they are to give us the deal that we need,” he said.

Jeremy Corbyn encouraged anyone who wants their voice heard to join protests across the UK tomorrow.

“Large numbers of MPs of my party and indeed of other parties are attending demonstrations all over the country,” he said.

“We live in a democracy. Freedom of speech is our very watchword. Freedom to assemble and demonstrate in a peaceful way is also our watchword and i think it is a good thing.”

Speaking from Helsinki today, Tánaiste Simon Coveney - who's visited several European capitals in recent days - reiterated the view that it's up to the UK to offer alternatives.

Speaking on Newstalk Breakfast, he said: "We have always said if people have alternative arrangements that can do the same job as the backstop... well then let's hear it. If it works, we'll accept it.

"But every time we ask that question, the answer isn't convincing - in fact sometimes you don't get an answer at all."

Minister Coveney said the negotiations are in a "difficult place" at the moment as a result of the lack of realistic alternatives.

He suggested British ministers have only referenced "vague alternatives" such as technology to avoid a hard border.

However, he said: "Actually when you interrogate those solutions, they don't stand up to scrutiny - that's been the problem."

Earlier, he told reporters that they'll be happy to hear any alternatives to the backstop that do the same job, but insisted any such alternative would have to 'hold up to scrutiny' if a deal is going to be worked out.

The Tánaiste added: "Michel Barnier is there as the chief negotiator of the EU... he has a team that is ready to go, and we all want to get a deal.

"But at the moment nothing credible has come from the British government in the context of an alternative to the backstop.

"If that changes, great - we'll look at in Dublin, but more importantly it can be the basis of a discussion in Brussels. But it's got to be credible."