A baby gorilla has been born at Dublin Zoo. The western lowland gorilla was born on April 1st, to...

A baby gorilla has been born at Dublin Zoo.

The western lowland gorilla was born on April 1st, to first-time mother Kafi and father Bangui.

The baby was born healthy, and weighs around 2-2.5kg.

However, zookeepers haven't yet been able to figure out the new arrival's gender as the mother has been keeping the baby close to her chest since the birth.

Helen Clarke-Bennett, team leader of the African Plains at Dublin Zoo, said Kafi is doing a 'fantastic job' as a first-time mother. 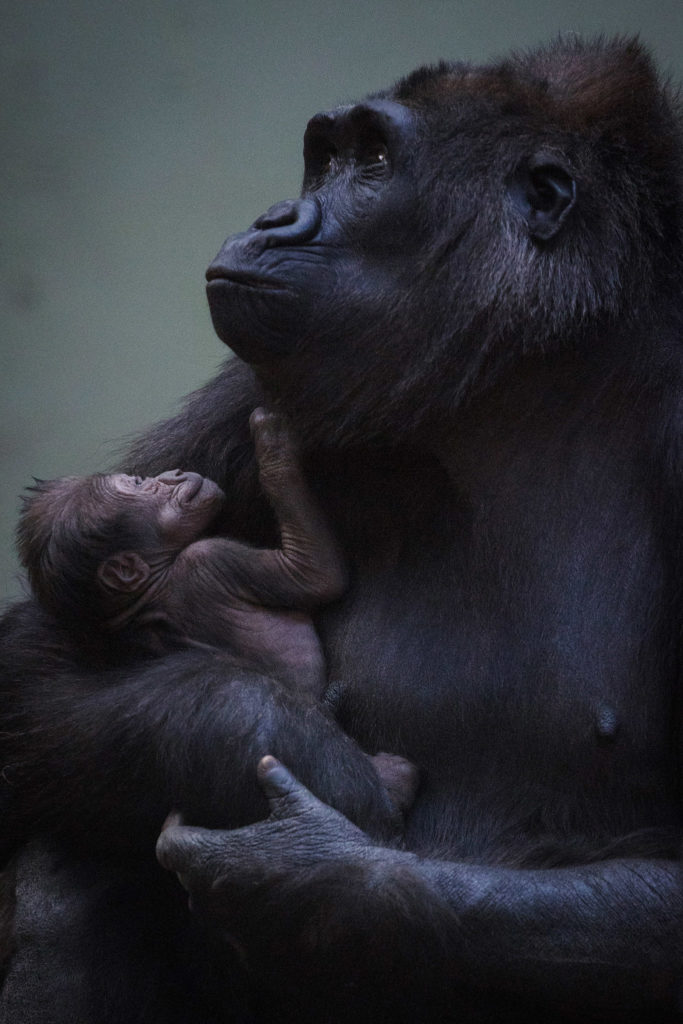 Image of Kafi and her newborn baby. Image by Patrick Bolger

She explained: "[Kafi is] keeping the young baby physically close in these crucial early stages. Bangui is proving to be an attentive father and at night has been sleeping close to Kafi and the baby.

"Kafi seems comfortable and at ease and we expect her to mix with the rest of the gorilla troop very soon."

Kafi has been at the zoo since 2012, while Bangui arrived last year following the death of alpha male 'silverback' Harry.

Zoo officials say Bangui has been 'quickly accepted' as the new alpha male of the troop.

The western lowland gorilla is considered critically endangered, with less than 50,000 believed to remain in the wild.