A dugong that became an internet sensation in Thailand after she was separated from her mother ha...

A dugong that became an internet sensation in Thailand after she was separated from her mother has been found dead after eating plastic.

The mammal, affectionately named Marium, was only a few months old when she was found stranded on a beach in southern Krabi province in April.

Authorities took her to a safe area and fed her milk and seagrass before releasing her into waters known for hosting a small dugong population. 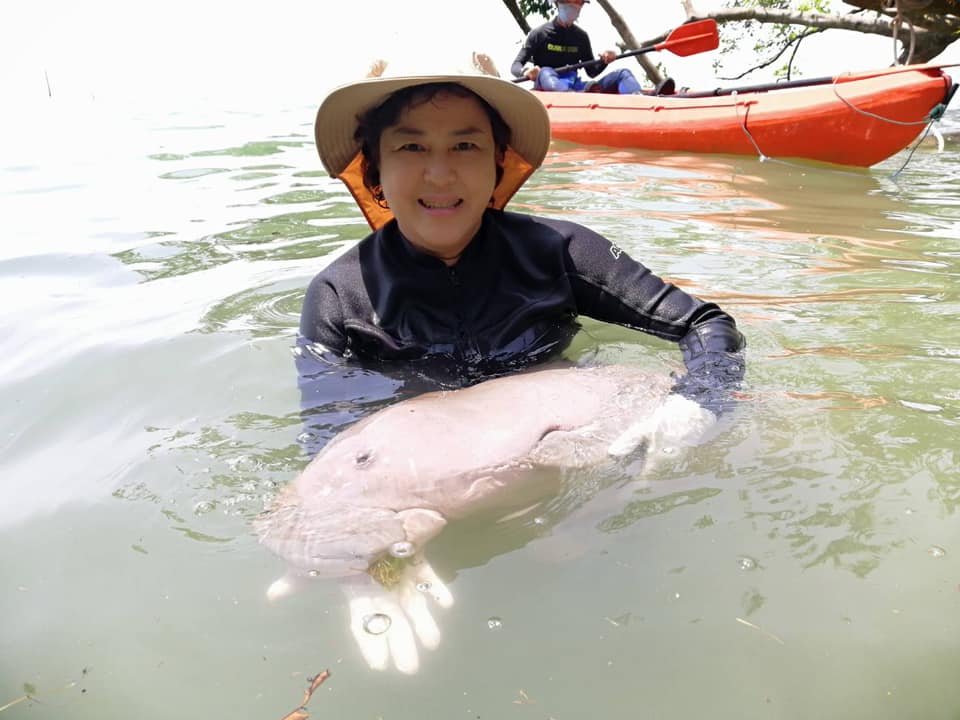 Pictures of her clinging to the vet while she was being fed brought her celebrity status, with people all over the South East Asian country following her progress through live Facebook updates.

Last week she was found ill and refusing to eat.

She died overnight and an autopsy revealed she died as a result of ingesting plastic.

Nantarika Chansue, one of the vets that carried out the procedure, said there were many pieces of small plastic blocking her intestines. This caused inflammation which led to an infection in the lung bloodstream.

"Everyone is saddened by this loss, but it shows we need to save the environment to save these rare sea animals,” she wrote.

"This is about saving the environment for both people and animals."

The dugong, also known as the “sea cow” is a close relative of the manatee.

They are listed as vulnerable to extinction due to human activities and hunting by the International Union for Conservation of Nature.

Thailand has been badly affected by the ocean plastic crisis.

In June, the country adopted a joint declaration aimed at combating plastic pollution with nine of its South East Asian neighbours.