The Austrian parliament has voted to oust Chancellor Sebastian Kurz and his government in a no co...

The Austrian parliament has voted to oust Chancellor Sebastian Kurz and his government in a no confidence motion.

It comes as the country continues to feel the repercussions of a video scandal that led to the resignation of the country's vice chancellor.

Earlier this month, Heinz-Christian Strache of the far-right Freedom Party - the smaller party in a ruling coalition - stepped down over the scandal.

It's alleged he told the woman claiming to be the niece of a Russian oligarch that he'd grant the contracts in return for political and financial support.

Confirming his decision to step down, Mr Strache insisted he'd done nothing illegal - but said his actions were 'dumb and irresponsible'.

Amid the controversy and other recent scandals, 32-year-old Kurz, leader of the centre-right Austrian People's Party, has been attempting to cut ties with his coalition partners - and snap elections have already been called for September.

However, the latest developments prompted the opposition Social Democrats to table a parliamentary no confidence motion, which passed today. 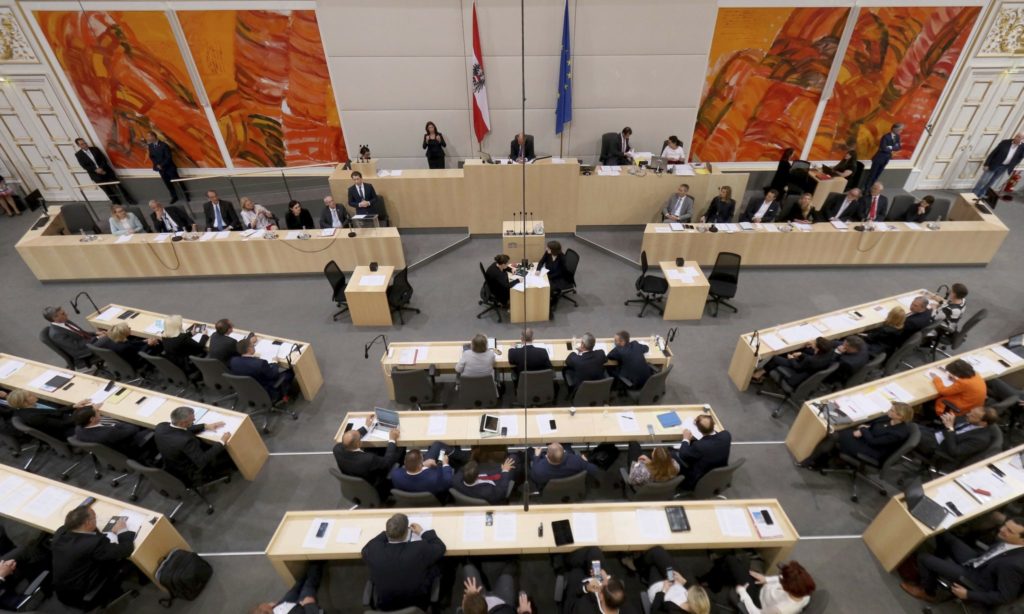 BBC reports that the vote was backed by the Freedom Party.

A caretaker government - led by a chancellor chosen by the country's president - is now expected to take over until the September vote.

The vote comes despite a strong showing for the Austrian People's Party in the European elections - with the party expected to top the poll with around 34% of the vote.