The 45-year-old attacker, who was said to have worked for the police for 20 years, was shot dead at the scene.

The incident occurred at about 1pm local time (11am Irish time) at the large police building located just across from Notre Dame Cathedral.

Initial reports stated four police officers were killed, but it has since been confirmed one victim was an administrator.

Police union official Loic Travers said the attack appeared to have started in an office and continued elsewhere in the compound.

He said the employee believed to be responsible was an administrator in the intelligence unit who had never created any problems before.

Mr Travers said he could not remember an attack of this magnitude against officers before.

Emery Siamandi, another employee, told Associated Press he had heard gunshots and saw two officers come out of an office in tears.

He said a third officer, described as the person who shot the attacker dead, came out on his knees, also in tears.

The Paris prosecutor said the victims were three men and one woman.

The neighbourhood was locked down after the attack and the Cite Metro station closed. 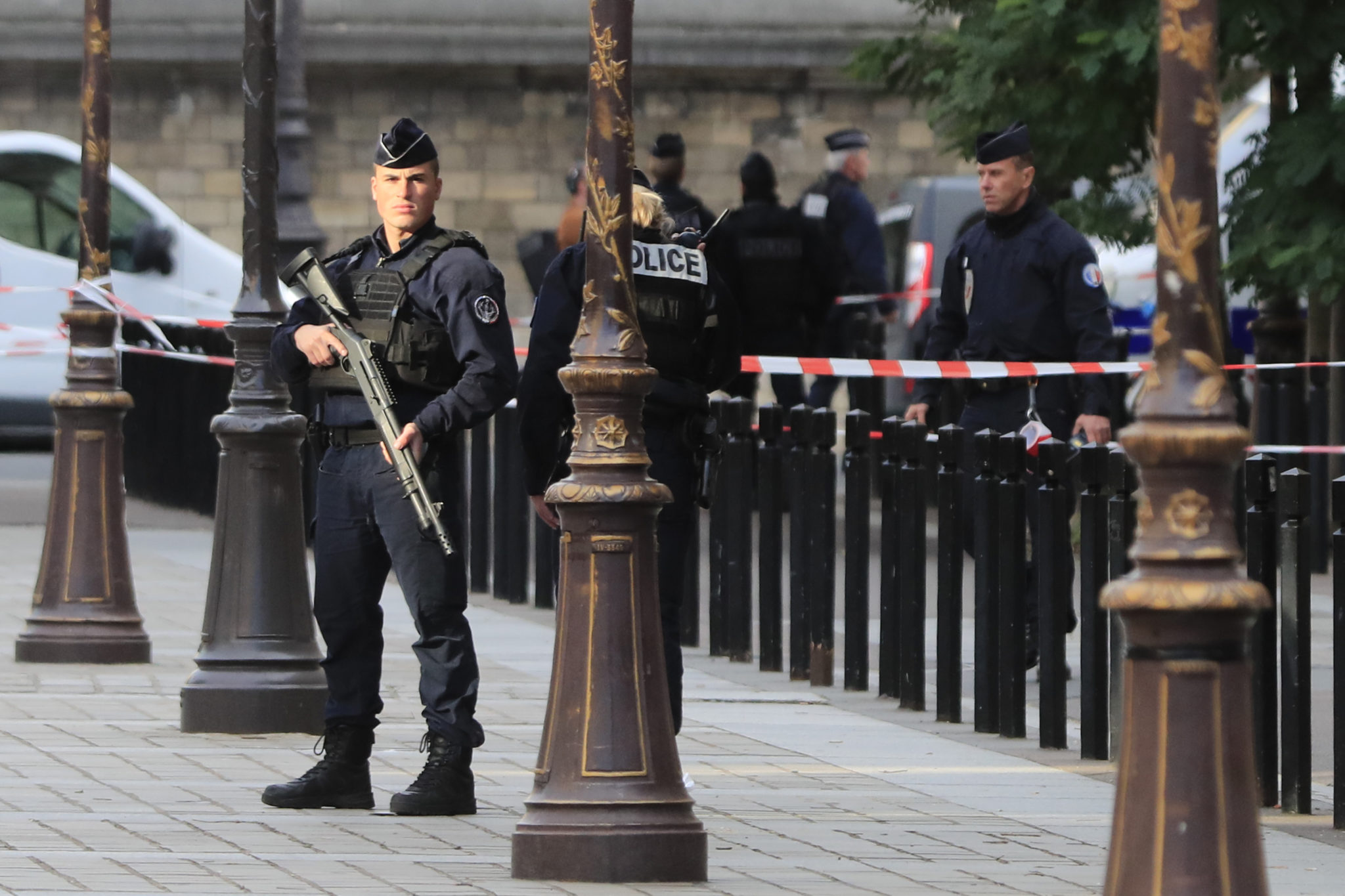 The motive for the attack remains unclear another police union leader, Jean-Marc Bailleul, described it as a criminal act - a "moment of madness" - rather than terror.

Other media reports in the country have said the suspect had "tensions" with his supervisor.

The attack came a day after thousands of officers marched in Paris to protest against low wages, long hours and increasing suicides in their ranks.

President Emmanuel Macron is due at the scene with the interior minister and the Paris prosecutor.

"Paris weeps for its own this afternoon after this terrifying attack in the police headquarters. The toll is heavy, several officers lost their lives," tweeted the city's mayor Anne Hidalgo.

French police have been targeted by extremist attacks in recent years.

A gunman opened fire on the Champs-Elysees in 2017, killing one officer before being killed himself.

Main image: People stand behind a police tape as they are evacuated nearby the police headquarters in Paris this afternoon. Photo: AP Photo/Kamil Zihnioglu